Home Read Bobby Rush | Sitting On Top of The Blues 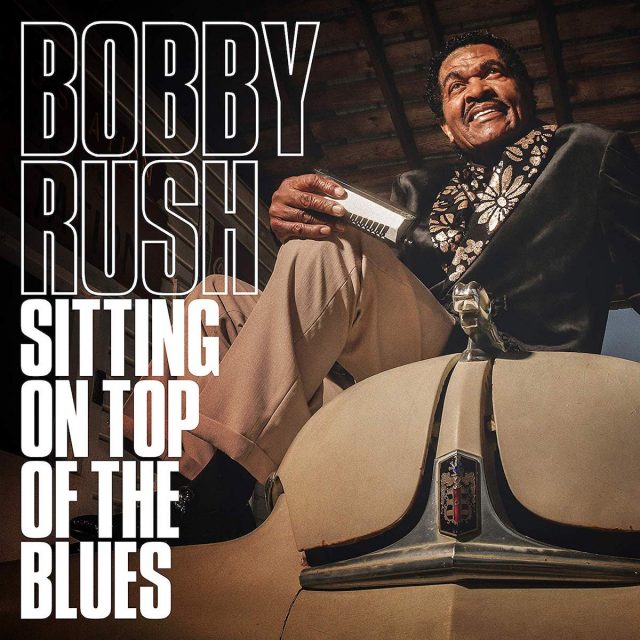 WHO IS HE? The King of the Chitlin’ Circuit. The International Dean of the Blues. The man who wrote Chicken Heads. The Blues Hall of Famer. And the living legend who started playing juke joints while he was a teen with a fake moustache — and is still going strong at the tender age of 85 (but now with his own facial hair, presumably).

WHAT IS THIS? The latest of countless releases in his seven-decade career and the followup to his acclaimed 2016 outing Porcupine Meat, which finally earned Rush his long-overdue first Grammy.

WHAT DOES IT SOUND LIKE? Modern urban blues cut with funk, soul and R&B — and topped with Rush’s gruff vocals, tall-tale lyrics and skillful harmonica work.

WHAT WOULD BE A BETTER TITLE FOR THIS ALBUM? Rush Delivery.

HOW SHOULD I LISTEN TO IT? While hoping you have your act half as together when you’re his age.

WHAT ARE THE BEST SONGS? Muscular self-aggrandizing numbers like Hey Hey Bobby Rush and Bobby Rush Shuffle let you know he’s still the man — but lascivious fare like Bowlegged Girl, Good Stuff and You Got the Goods on You, not to mention boudoir ballads like Recipe For Love, Slow Motion and Pooky Poo, make it clear he’s still a ladies’ man too.

WHAT WILL MY FRIENDS AND FAMILY SAY? ‘Wait … Did he really just say Pooky Poo?’

HOW OFTEN WILL I LISTEN TO THIS? Whenever you need to be reminded that age ain’t nothing but a number.

IF THIS ALBUM WERE A ROBERT DE NIRO MOVIE, WHICH ONE WOULD IT BE? Dirty Grandpa.

SHOULD I BUY, STREAM OR STEAL IT? The good stuff don’t come for free.