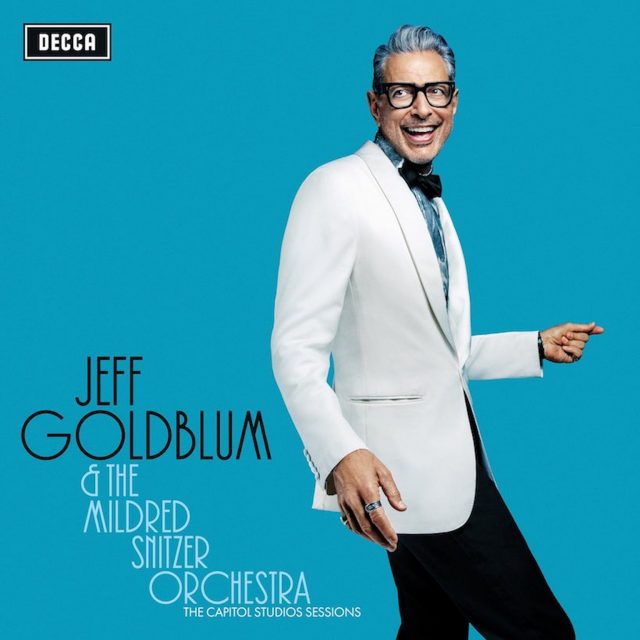 There are some things in this world that can’t be explained. Not by science. Not by religion, Not by logic. Not by any source of knowledge known to modern or ancient man. And as we all know, perhaps the biggest and most crucial of these mysteries is this: How has Jeff Goldblum managed to become so freaking cool? By all rights and anybody’s measure, it simply shouldn’t be. But make no mistake, the ‘Blum is as cool as they come. So cool he doesn’t know he’s cool. So cool he doesn’t care if he’s cool. So cool he doesn’t try in the slightest to be cool. And that is precisely why the quirky star is one of the few actors in the world who somehow manages to convincingly make the switch from movies to music with his lighthearted debut album The Capitol Studios Sessions. Of course, it helps that he’s a truly talented jazz pianist who has apparently been tickling the ivories since he was a kid. It doesn’t hurt that he’s also backed by his own Mildred Snitzer Orchestra, a crack combo that is jokingly named for an old family friend, but isn’t fooling around when it comes to swellegantly spinning finger-popping cocktail fare and American Songbook standards from Cantaloupe Island and My Baby Just Cares For Me to Straighten Up and Fly Right and Come On-A-My House. And sure, it was genius to record the thing for an audience of friends, fans and family live in Hollywood’s legendary Capitol Studios. Finally, it was a no-brainer to front the proceedings with torchy female singers like Imelda May and Haley Reinhart, and even to invite Sarah Silverman up to caper and kibbitz on Me And My Shadow. So when you put all that in the same room at the same time, what you end up with is a master class in late-night laissez-faire looseness — expertly and casually delivered by the most inexplicably cool cat ever to flee a CGI dinosaur and turn into a Brundlefly. Damn him.