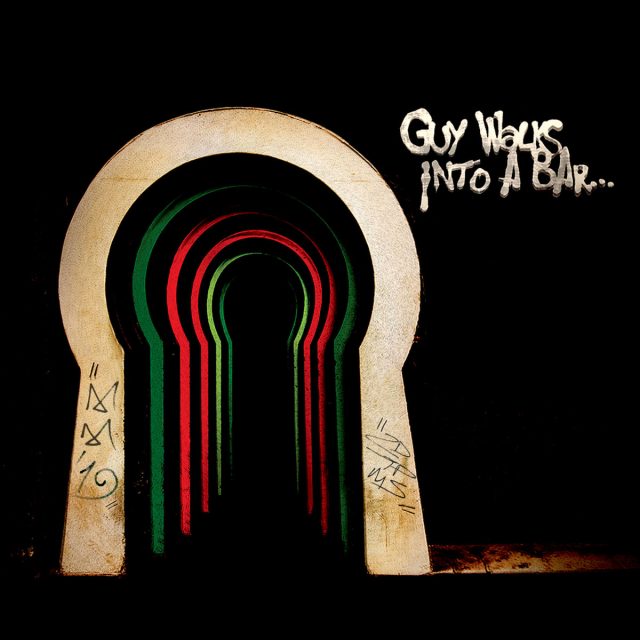 WHAT IS THIS? The indie-rock outfit’s third studio album in a decade — which isn’t too bad when you consider the fullness of their conflicting individual schedules.

WHAT DOES IT SOUND LIKE? Not surprisingly, a lot of it sounds like their other bands. Shulman supplies QOTSA’s sinister glam, punchy robo-rock and falsetto vampire soul. Dawes and Parkford add some British retro flavours and spaced-out vibes. But as with all artistic endeavours worth their salt, they also form something that is more than the sum of its parts — and often more pop-oriented, electronic and/or psychedelic. Make yourself at home.

WHAT WOULD BE A BETTER TITLE FOR THIS ALBUM? Triple Threats.

HOW SHOULD I LISTEN TO IT? Without comparing it to their day jobs.

WHAT ARE THE BEST SONGS? Frankly, the ones that remind you the most of QOTSA — like Should Be Dancing, Forgot Your Name, Living in the Future and I’m in Love. But the narcotized ballad Hey Lover — a duet with Alison Mosshart of Kills and Dead Weather — is also not to be missed.

WHAT WILL MY FRIENDS AND FAMILY SAY? ‘Shouldn’t they really be called Stone Age Monkey Puppets?’

HOW OFTEN WILL I LISTEN TO THIS? Whenever you need a segue between their other bands’ releases.

IF THIS ALBUM WERE A BAR, WHAT KIND OF BAR WOULD IT BE? Underlit and underground, but still familiar enough to make you feel at home.

SHOULD I BUY, STREAM OR STEAL? Try — but be prepared to buy.