Home Read Spoon | Everything Hits At Once: The Best of Spoon 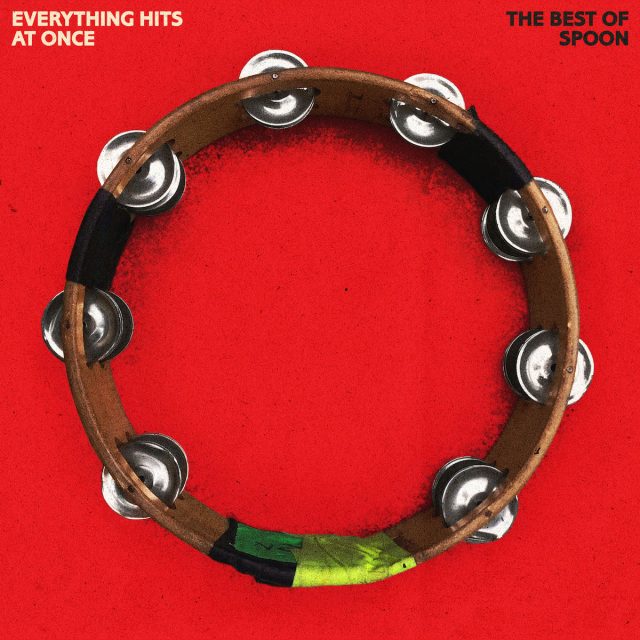 WHO ARE THEY? Austin’s beloved, long-running indie-rock cult heroes, Spoon are fronted by singer-guitarist Britt Daniel and anchored by drummer Jim Eno.

WHAT IS THIS? A compilation of singles and highlights from their last seven studio albums, presented out of sequence and augmented with the new song No Bullets Spent.

WHAT DOES IT SOUND LIKE? A dozen pop-rock gems from one of the best bands most folks still haven’t heard — there’s a very good reason why this album is subtitled The Best of Spoon and not Spoon’s Greatest Hits.

WHAT WOULD BE A BETTER TITLE FOR THIS ALBUM? I’m sure I’m not the first person to make a Lovin’ Spoonful pun. But really, they nailed it with Everything Hits At Once, which is a track from their 2001 album Girls Can Tell — and the oldest song on the set.

HOW SHOULD I LISTEN TO IT? Not with a fan; they’ll just annoy you by whining about all the other great songs that aren’t included here. And Daniel might agree with them — at first, he supposedly wanted to release a far more exhaustive three-disc compilation.

WHAT ARE THE BEST SONGS? Well, it’s a best-of album, so they’re all pretty good. My favourites are Don’t You Evah, The Way We Get By, You Got Yr. Cherry Bomb and Rent I Pay. As always, your mileage may vary.

WHAT WILL MY FRIENDS AND FAMILY SAY? ‘Shouldn’t these guys be far more famous than they are?’

HOW OFTEN WILL I LISTEN TO THIS? It’s obviously a great entry point for newbies — but there’s little to offer the faithful beyond the one new cut.

IF THIS ALBUM WERE A TV EPISODE, WHAT KIND OF EPISODE WOULD IT BE? A season-ending clip show.

SHOULD I BUY, STREAM OR STEAL? Wisely, deliberately and quite rightly, it’s priced to sell. And after all, it’s not like they’ve been raking in the dough from all their hit singles.