Bruce has a heart full of soul, GN’R reuse their Illusion, Morris Day calls time, Larkin Poe live in harmony, Wild Billy girds his loins, White Buffalo rides a dark horse and Billy Joe Shaver has it covered. Welcome to your plays of the week: 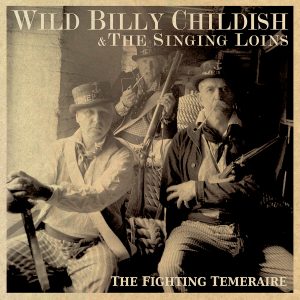 THE EDITED PRESS RELEASE: “In memory of Chris Broderick of The Singing Loins, who passed away earlier this year, we present a new studio album by Wild Billy Childish and Arf and Rob from The Singing Loins. The Fighting Temeraire contains new songs, old songs re-worked, traditional songs and a Bob Dylan cover. HMS Temeraire was a 96-gun ship of the line, built in Chatham, as was HMS Victory. After the passing of their dear friend Broderick, Billy, Arf, and Rob decided to get together and record a 45 in his memory. The single Song Of The Medway soon led to this LP. The Billy/Loins connection goes back to the early ’90s. Billy had recorded the first two Singing Loins LPs in his bathroom back then, as well as an LP of folk variations of his own tunes with Chris and Arf. It was Chris’s dying wish that the boys should continue The Singing Loins, so it was pretty much a given that this fine LP would come to be. At once ancient and modern, it is a fitting tribute to a great ship (and singer) of the Medway.” 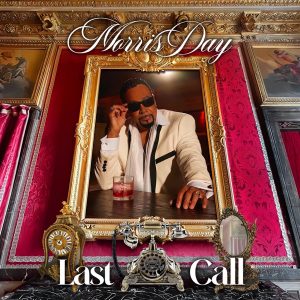 THE EDITED PRESS RELEASE: “Legendary recording artist and icon Morris Day is officially announcing his pending retirement with the release of his final solo album Last Call. The album features an all-star lineup of guest appearances that include performances by Snoop Dogg, Flo Rida, e40, Billy Gibbons, Trinidad James, Tech N9ne and others. Morris Day is an award-winning and legendary musician, composer, and actor. He is best known for his role as lead singer of the iconic band The Time. In addition to his success in music, he landed successful film roles in multiple big-screen films including the mega-hit Purple Rain, The Adventures of Ford Fairlane, Graffiti Bridge and Jay And Silent Bob Strike Back. Some of his top musical hits include Jungle Love, The Bird and Fishnet, a track that landed at No. 1 on the U.S. R&B charts.” 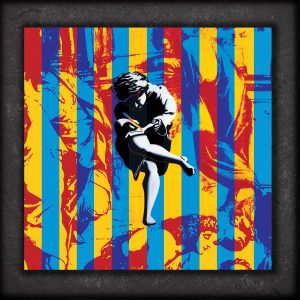 THE EDITED PRESS RELEASE: “Guns N’ Roses’ highly anticipated third and fourth studio albums Use Your Illusion I and Use Your Illusion II were originally released simultaneously on Sept. 17, 1991. With the massive success of GN’R Lies and Appetite For Destruction, the band had the daunting task of a follow up album. Not only did the band deliver, Guns N’ Roses surprised the world by releasing not one but two new, full-length studio albums. The new Super Deluxe seven-CD (or 12-LP) box sets feature a whopping 97 songs, 63 of which are unreleased audio and video tracks. The original studio albums have both been remastered for the first time from high-resolution 96kHz 24-bit transfers of the original stereo 1/2-inch analog master tapes. The set also includes the complete live audio recording Live In New York, taped at the Ritz Theatre on May 16, 1991, with sound newly mixed from original multi-track tapes. This legendary show features Izzy Stradlin on guitar, the original version of Don’t Cry and a performance of You Ain’t The First, both of which feature the late Shannon Hoon of Blind Melon on guest vocals. Also included is the complete audio recording of Live In Las Vegas, taped at Thomas & Mack Center on Jan. 25, 1992, newly mixed from the original multi-track tapes and features the band’s new guitarist Gilby Clarke.” 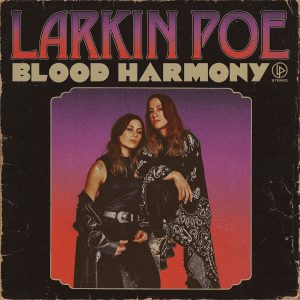 THE EDITED PRESS RELEASE: “The latest full-length from Larkin Poe, Blood Harmony is a whole-hearted invitation into a world they know intimately, a Southern landscape so precisely conjured you can feel the sticky humidity of the warm summer air. In bringing their homeland to such rich and dazzling life, Georgia-bred multi-instrumentalist sisters Rebecca and Megan Lovell fortify their storytelling with a blues-heavy sound that hits right in the heart, at turns stormy and sorrowful and wildly exhilarating. Rooted in the potent musicality the Nashville-based duo has brought to such widely lauded work as 2018’s Venom & Faith (a Grammy nominee for Best Contemporary Blues Album), Blood Harmony affirms Larkin Poe as an essential force in shaping the identity of Southern rock ’n’ roll, breathing new energy into the genre with both forward-thinking perspective and a decidedly feminine strength. “We have such fond memories of our upbringing and experiencing the beauty of Southern hospitality in its truest form — it’s a very loving and inclusive energy,” says Rebecca, lead vocalist/lyricist. “There’s an idea that we don’t walk alone, and that there’s safety in keeping your door open to anyone and everyone. What we try to share through our music is the emotional equivalent of opening your door to everyone and inviting them in for sweet tea.” 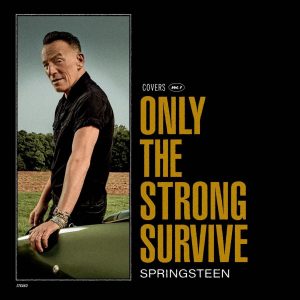 Bruce Springsteen
Only The Strong Survive

THE EDITED PRESS RELEASE: “Bruce Springsteen’s new studio album, a collection of 15 soul music greats titled Only The Strong Survive, celebrates soul music gems from the legendary catalogues of Motown, Gamble and Huff, Stax and many more. This 21st studio album from Springsteen will also feature guest vocals by Sam Moore, as well as contributions from The E Street Horns, full string arrangements by Rob Mathes, and backing vocals by Soozie Tyrell, Lisa Lowell, Michelle Moore, Curtis King Jr., Dennis Collins and Fonzi Thornton. Springsteen commented: “I wanted to make an album where I just sang. And what better music to work with than the great American songbook of the ’60s and ’70s? I’ve taken my inspiration from Levi Stubbs, David Ruffin, Jimmy Ruffin, the Iceman Jerry Butler, Diana Ross, Dobie Gray and Scott Walker, among many others. I’ve tried to do justice to them all — and to the fabulous writers of this glorious music. My goal is for the modern audience to experience its beauty and joy, just as I have since I first heard it. I hope you love listening to it as much as I loved making it.” 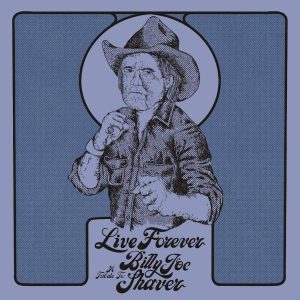 THE EDITED PRESS RELEASE: “Billy Joe Shaver’s songs were stories of his life; they were real, and they were raw. Many artists have covered his songs over the years: from Willie to Waylon to Elvis and Cash. Billy Joe’s influence on some of the greatest of artists is what inspired this project. Now, with Live Forever: A Tribute To Billy Joe Shaver, a whole new batch of artists and songwriters are taking their cut at one of the greatest songwriting catalogs of all time. This album is a testament to Billy Joe’s words and the deep impact they had on so many wonderful songwriters and performers. He’s a hero to so many, and New West is honored to pay homage to the legacy of Billy Joe Shaver. Just like the songs he left behind him, he’s gonna live forever now.” 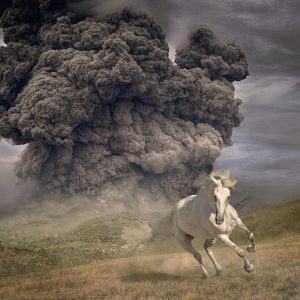 The White Buffalo
Year Of The Dark Horse

THE EDITED PRESS RELEASE: “For The White Buffalo — aka singer / songwriter / guitarist Jake Smith, Oregon-born, Southern California-raised — it was time to take the less travelled path; to assemble notions for studio album No. 8, the followup to On The Widow’s Walk, and embark on a voyage of discovery. Out with the old, the organic, the expected, the tried; in with the new – new producer, new studio, new location, no distractions, no looking back… Enter Year Of The Dark Horse. “You think we’re a country band? A folk band? Americana? Rock? What the fuck are you gonna say now?!” laughs Jake. “With this album, I wanted something outside of what I’ve ever done. I wanted to open up. Do something dangerous. I’m hard to put into a singular genre as it is, but now I really wanted to take away any kind of preconception or pigeon-holing. And don’t ask me, cos I don’t know what it is! It’s a genre-bending thing – there’s elements and influences from ELO, Daniel Lanois, Tom Waits, The Boss, circus, pirate music, yacht rock, and I’m driving and pushing some of these numbers in a way I’ve never done before. At the top of the pandemic, I put the acoustic guitar on its stand, got a synthesizer and began writing on it, not really knowing how to play keys, just exploring the different sounds and landscapes. In the not knowing, it allowed me to expand my vocal melodies and compositions in ways the guitar had possibly limited.”