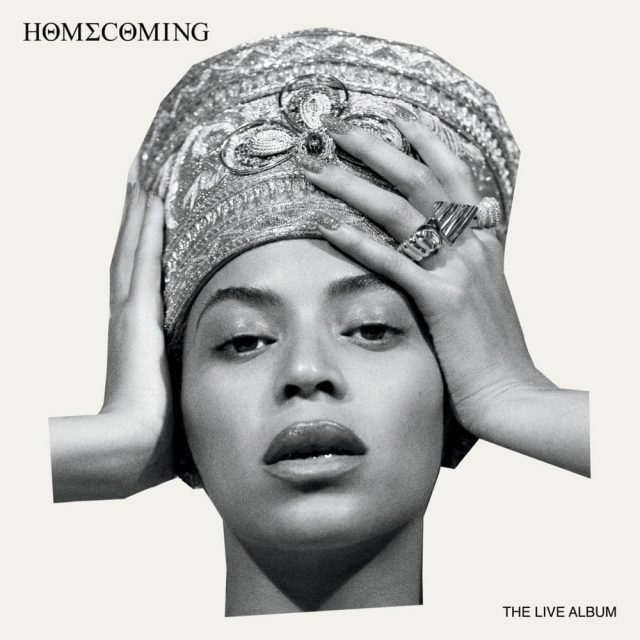 Some live albums can stand on their own without visuals. Beyonce’s Homecoming, sadly, is not one of them. This is not to suggest the mammoth set — which captures her landmark epic performance at 2018’s Coachella festival, also recently released as a Netflix documentary — is somehow an abject failure. It is, after all, the most comprehensive and exhaustive Beyonce live release to date: Some 40 songs that last nearly two hours and cover every facet of her career, from Destiny’s Child (who reunite for three songs) to her groundbreaking multi-media album Lemonade. Trouble is, in the wake of Lemonade — not to mention her Super Bowl performance and her previous live DVDs — Beyonce has transcended music to become a post-modern multi-media artist. So simply hearing her live does not get the job done. You’re missing the massive sets and elaborate costumes, the dance routines and the marching band, the glitz and glamour, the rehearsals and the backstage footage. To make matters worse, the album audio seems to have been taken straight from the broadcast feed, resulting in a compressed mix that only emphasizes the fact that you’re not getting the whole show. Shell out for Netflix — or befriend someone who already has.