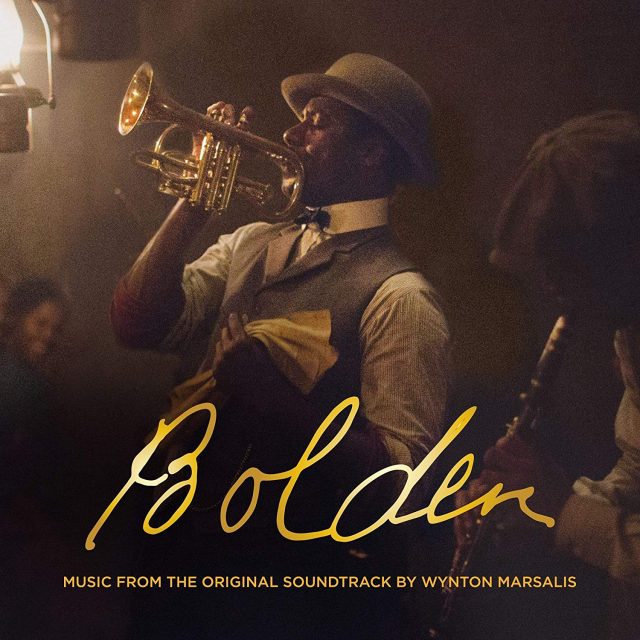 Buddy Bolden is the most influential jazz artist you’ve never heard. And neither has anyone else alive — although the legendary cornet player and his band supposedly cut at least one song on a wax cylinder back in the 1890s, it’s never been found. So, to create the soundtrack for this upcoming biopic of the enigmatic founding father of New Orleans music, trumpeter and musical historian Wynton Marsalis does his best to approximate Bolden’s sound — described as bold, bawdy and brassy by those who heard and played with him — on classics played by Bolden and contemporary rival Louis Armstrong. We’ll never know how close he comes to the truth. Whatever the case, an all-star band, vocalists Catherine Russell and Brianna Thomas, and a roster dominated by raucous ragtime fare like You Rascal You, Stardust, Basin Street Blues, Tiger Rag, Dinah and the signature song Funky Butt (I Thought I Heard Buddy Bolden Say) — along with new soundalikes penned by Marsalis — ensure this throwback soundtrack is a can’t-miss affair for vintage jazz buffs.