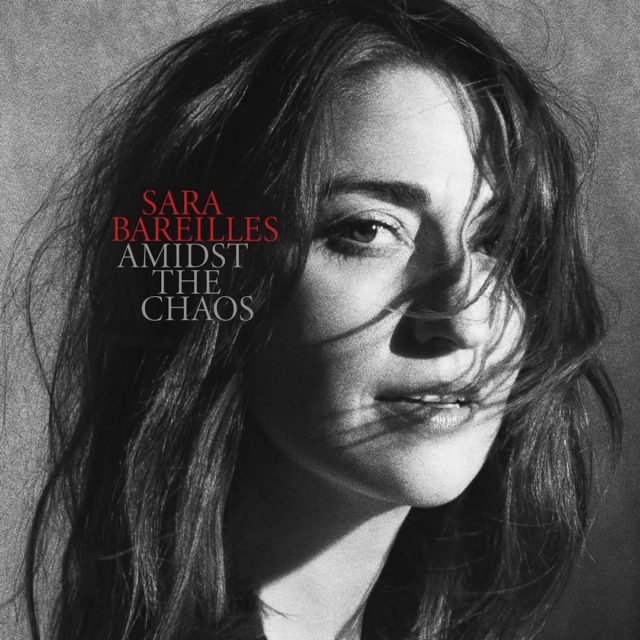 If you don’t know what chaos Sara Bareilles is referencing in the title of her sixth album, you clearly haven’t been watching the news. And good for you. Singer-songwriter and newly minted Broadway darling Bareilles hasn’t had the same good fortune. As a result, Amidst the Chaos is her most politically charged work to date. But before you strap on your pussy hat (or MAGA cap) and get ready to protest, relax: None of these songs are blatant enough to alienate anyone. So you can appreciate the defiant empowerment of low-rock anthem Armor without knowing it was inspired by the Women’s March. You can savour the lovelorn southern soul of If I Can’t Have You even if you don’t understand it’s an ode to Barack Obama. And you can appreciate the John Legend duet A Safe Place to Land without being up to speed on the immigration crisis. Thankfully, plenty of these songs are blatantly bipartisan, like the Appalachian-tinged opener Fire, the smoky Norah Jones-style ballad Miss Simone, the Roy Orbison-meets-Amy Winehouse gem Wicked Love and the bluesy piano ballad Saint Honesty. Whatever their political stripe, though, it’s hard to miss the fact that these are some of Bareilles’ most focused and engaging works, closer in sound, style and passion to Ani DiFranco than her previous, poppy fare. T Bone Burnett’s always-brilliant production is a perfect match, distinguishing and elevating these songs with distinctive instrumentation and tasteful understatement while firmly anchoring them in various Americana idioms and styles. Chaos may have been the impetus, but ultimately, this might be Bareilles’ most grounded, confident and fully realized work.