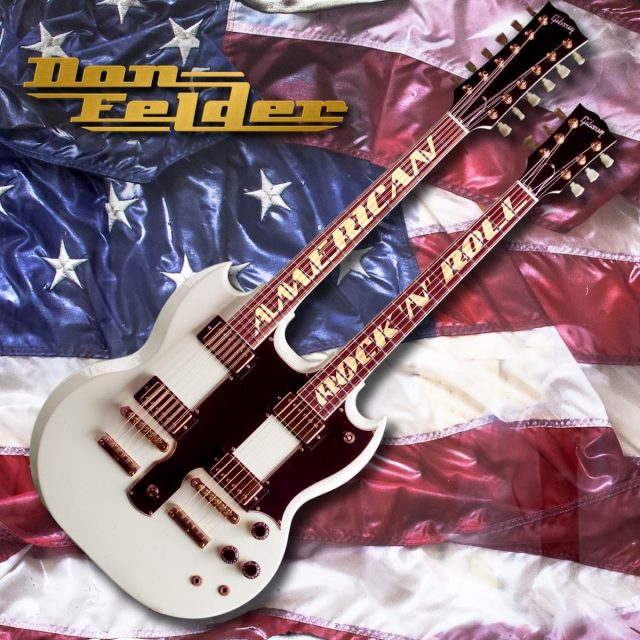 Some people love the Eagles. Some people hate ’em. But to his credit, longtime guitarist non grata Don Felder — a.k.a. The Guy Who Co-Wrote Hotel California, Thus Ensuring His Great-Grandchildren Should Never Need to Soil Their Hands With Manual Labour — has made an album that could very well unite both warring factions. Yep, it’s true: Almost everybody will probably crap on American Rock ’n’ Roll. Eagles fans will hate it because it can’t hold a candle to his old band. Eagles haters will hate it because, well, Eagles haters gonna hate Eagles. It’s kind of a shame, really. Which is not to say that this lightweight album — Felder’s third solo album and his first in seven years — is some sort of unexpected masterpiece, because it is not. Definitely not. It’s basically disposable and forgettable — sort of like a Joe Walsh album minus the tomfoolery. Admittedly, it does have its moments. Though honestly, most of them occur when Felder is not trying to live up to the disc’s Red State handle. First single Rock You is a slab of neanderthal nincompoopery that’s even less subtle than the Helix classic of the same name, and the heartland-rock title cut is a cheeseball novelty song that hamfistedly namechecks everyone from Janis Joplin to Guns N’ Roses. Between those duds, however, there’s a mixed bag of blues and country and folk and even Latin fare that gives Felder a chance to show off his admittedly admirable fretwork and rusty rasp (which works way better on the softer songs than the rockers). For those keeping score at home, the disc also features cameos by Sammy Hagar, Slash, Richie Sambora, Peter Frampton, Joe Satriani, Mick Fleetwood, Chad Smith, Bob Weir, David Paich, Steve Porcaro, Alex Lifeson and Jim Keltner. But almost none of them make much of an impression — which is likely the same effect this disc will have on the charts, radio, streaming services and award-nomination lists. Ball’s in your court, Joe.