Home Read Features Back Stories | My 2008 Interview With Ray Davies

Back in 2008, I was fortunate enough to speak to the one and only Ray Davies over the phone. As usual with print interviews, much of what I wrote had to be cut for space. Here’s the full text of our conversation:

Every working man deserves a decent lunch — even hard-working rock icons. “I apologize if you hear some slurping noises,” chuckles Ray Davies down the line from a Toronto hotel bar. “I’m having a bowl of soup while we talk.” It only seems right; after all, the legendary singer-songwriter is making the rounds to talk up his comeback CD Working Man’s Café, his second album in as many years after a decade away from the studio — and away from his band The Kinks.

Not that he didn’t deserve a break; since he and younger brother Dave formed the band in London in 1963, Davies has been one of Britain’s most influential and acclaimed artists. After laying the foundation for power-chord rock with early hits like You Really Got Me and All Day and All of the Night, he quickly evolved, penning ambitious concept albums that balanced wry satire and wistful nostalgia. Despite topping the charts repeatedly over their four-decade career — with hits like Lola, Waterloo Sunset, Where Have All the Good Times Gone, Sleepwalker and Come Dancing, to name just a few — the staunchly British band never achieved the North American success of contemporaries like The Beatles, The Rolling Stones and The Who, and went on hiatus after 1996’s To the Bone.

Davies hasn’t been idle; he’s toured, published an autobiography and some fiction, received various honours including a CBE — and perhaps most famously, survived being shot in the leg while chasing a man who snatched his girlfriend’s purse in New Orleans in 2004. Over the course of our wide-ranging (and relatively slurp-free) chat, the articulate rocker spoke frankly about his recent career, the shooting, a potential Kinks reunion and how he stays in touch with his inner working man.

Let’s start with your name. I just recently read that everybody in North America has basically been mispronouncing your last name for 45 years. You must be sick and tired of it.
You know, I nearly said something to David Letterman when I was on his show the other night, because he went to great lengths to pronounce it “Ray Daveeze.” The E is silent — it’s as if you spelled it D-A-V-I-Z. But no, it doesn’t really bother me. I think it’s kind of charming. It means that people are at least trying.

A lot of people are thrilled you’re making albums again. What kept you out of the studio for almost 10 years and what brought you back?
Well, I put out a book about 10 years ago. And I was doing readings to publicize it, and it crossed my mind that if I put some songs in it, it might be more interesting. So that evolved into the Storytellers show, which VH1 aired and then used as the basis for a whole series. Then I did tours with it, and it was very successful, so that took up years of my time. So it wasn’t until 2001 that I decided to make a studio record. I was working very slowly, because I’ve always felt uncomfortable doing solo work. Then I went to New Orleans in 2004 for a break and got shot. And as soon as I got better, I decided to stop writing and recording and just mix the tracks I had. And that became (2006’s) Other People’s Lives. But I had other songs that I felt were good, and the record company wanted another album really quick, so I went in the studio about 11 months ago. I phoned up Ray Kennedy, who’s a producer in Nashville, and I went straight over and started recording Working Man’s Café. 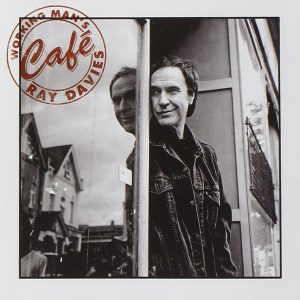 Do you prefer to take your time as you did on Other People’s Lives, or to work more quickly and focused, as you did with this one?
Quick and focused is my favourite way of doing things. That’s the way we used to make records back when The Kinks started. This record is the second-fastest album I’ve ever made. The fastest album was the second Kinks album, which was done in something like 10 days — and that included mixing. This one, we took 14 days for recording and then a few more for touches in London and mixing. But it was a very fast turnaround.

Considering that you’re seen as the consummate British songwriter, this disc has a very American sound to it. Is that what you were after?
Well, all the players are American. It’s the first time I’ve done a record where I’m the only Brit on it. So that is quite unusual and it had to have an effect. But I think I actually sound more English on this record than I did on Other People’s Lives — I mean, Working Man’s Café, that’s very British. But it probably sounds American because I didn’t take a guitar with me to Nashville. Ray Kennedy had a large selection of antique guitars and I used those. The acoustic I play on the album is nearly as old as I am. I’m amazed it still works. It was an old Gibson from even before they put the Gibson imprint on them. So that had to have an effect. And we talked about what sounds we wanted to get. It’s not a country record, but I love the tonality of some of the instruments involved. And if that’s what we achieved, well that’s what we were after.

You spoke about getting shot in 2004. How did it affect your songwriting?
I actually wrote Morphine Song, which is on the new album, while I was in hospital. I was still in intensive care. To tell you the truth, I was scared stiff. I didn’t know if I was going to die, whether from the gunshot or from infection. So to take my mind off it, I asked the nurse for a notepad and just wrote observations about the people around me. And when I did the track, I didn’t change a word. Other songs like No One Listen and The Real World also came out of that experience.

Is it still coming up in your songs?
You know, I don’t wake up sweating in the night thinking there’s a gunman coming towards me. But I’m sure it will have a continuing effect on my subconscious. You just don’t shut these things off.

Your music has had a big impact on contemporary artists. Do you feel like a godfather to the indie-pop scene?
Well, not really a godfather, but perhaps an interested uncle.

Do you keep up with new music?
Oh yeah. There are lots of great new artists around. I like listening to new music when I can get access to it. but I don’t have a radio at home or a record player and there’s a reason for that. On this album, I tried not to play things over and over. I like to have the decisions be made and then go home and not do anything.

Why?
You overthink it. You get into this thing of, ‘Is the bass drum too loud?’ And then you play it on another system and it’s too quiet. And if you’ve got three systems in your house, everything exposes something else. I think I wanted to be more decisive this time. and I have a habit of remixing unnecessarily.

Now that we’ve had the Led Zeppelin reunion, The Kinks are one of the last holdouts.
I’m not trying to tempt providence, but we’re the last one of those bands that are all still alive. (Note: Original bassist Pete Quaife died in 2018.) You know, my brother’s had some health issues. He’s had a stroke, but he’s doing OK now. I think if we get together, it would be great to do it. When we were last together to get an achievement award on television, the chemistry was still there. That’s important. And if we can retain that, why not do new work as well? I’d like to explore the possibility of making some new music; I wouldn’t do it just to do the retro thing. I can only equate it to a novelist: I like to see them and have them read from their great books, but also see what they’re thinking about now.

Is writing songs for The Kinks different than writing for yourself?
It is. I didn’t think it would be but it is. Even going back to the old stuff, I did cast certain records for them. And of course, rather than write songs, I wrote records.

Would you want to do that again?
I would probably do enough for an EP. 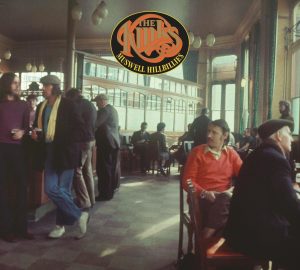 Are there some you wish you could go back and erase?
Yeah. But not many. Even the ones that are flawed were done at a certain time and in a certain period and under certain circumstances, and I wouldn’t want to change that at all.

You were famously quoted once saying that if you could go back, you would change everything you ever did. Is that not the way you feel anymore?
Well, not the records. I mean, I’d remix things. But I really meant I’d change personal things and business things.

It’s been a lot of years since you really were the sort of working-class guy you sing about. How do you keep in touch with that world?
About 15 years ago, I was living in a big house with a big garden. And this writer friend came over and I said, ‘You don’t think I’m too poncey, living in this house?’ And he said, ‘The thing with you, Ray, is you could live in Buckingham Palace and you would still carry it off like you were in a terraced house in working-class London.’ I just really haven’t changed that much.