I couldn’t read music if you put a gun to my head. But I have no trouble reading about music. Here are the biographies and other books due this week: 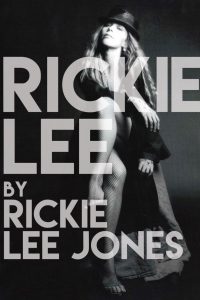 THE PRESS RELEASE: “Rickie Lee is the first ever no-holds-barred account of the life of one of rock’s hardest working women in her own words. With candor and lyricism Rickie Lee Jones takes us on the journey of her exceptional life: from her nomadic childhood as the granddaughter of vaudevillian performers, to her father’s abandonment of the family and her years as a teenage runaway, her beginnings at LA’s Troubador club, to her tumultuous (and private) relationship with Tom Waits, her battle with drugs, motherhood as a touring artist, and longevity as a woman in rock and roll.” 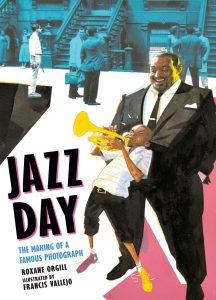 Jazz Day: The Making of a Famous Photograph
By Roxane Orgill

THE PRESS RELEASE: “When Esquire magazine planned an issue to salute the American jazz scene in 1958, graphic designer Art Kane pitched a crazy idea: how about gathering a group of beloved jazz musicians and photographing them? He didn’t own a good camera, didn’t know if any musicians would show up, and insisted on setting up the shoot in front of a Harlem brownstone. Could he pull it off? In a captivating collection of poems, Roxane Orgill steps into the frame of Harlem 1958, bringing to life the musicians’ mischief and quirks, their memorable style, and the vivacious atmosphere of a Harlem block full of kids on a hot summer’s day.” 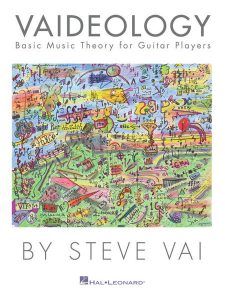 THE PRESS RELEASE: “Experience must-know music knowledge and wisdom through the highly focused lens of legendary guitar virtuoso Steve Vai. This full-color instructional book written by Vai himself features in-depth discussions of the music theory fundamentals that every aspiring (and veteran) guitar player should know, packed with practical exercises,diagrams, tips, inspiring ideas and concepts, practice methods, and ways of looking at music that you may have never considered. Topics covered include: academic vs. experiential learning · reading and writing music · key signatures · chord scales · rhythm basics · guitar harmonics · modes · and much more. This beautiful book is full-color throughout and features artwork on every page by Vai!” 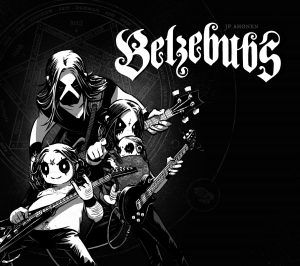 THE PRESS RELEASE: “Juggling work and family can be… hell. Calvin & Hobbes meets Call of Cthulhu as the sensationally popular heavy metal webcomic Belzebubs comes to print in a grim, goofy, and gorgeous hardcover. Belzebubs is a “trve kvlt mockumentary” focusing on the everyday challenges of family life: raising kids, running a small business, and making time for worship. Except the kids are named Lilith and Leviathan, the business is a black-metal band, and the worship… isn’t exactly aimed upstairs.” 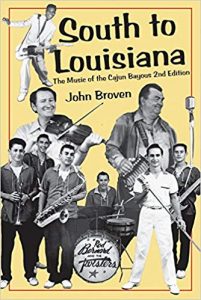 South to Louisiana: The Music of the Cajun Bayous 2nd Edition
By John Broven

THE PRESS RELEASE: “Extensive research, fieldwork, and personal interviews combine to provide a fascinating look into the sounds of South Louisiana from early Cajun and Cajun-Country through Zydeco and Blues to the Cajun revival as the first comprehensive look into the history of this distinctive style of music. Included are the contributions of such legends as Joseph Falcon, whose Allons a Lafayette in 1928 was the first Cajun recording, Amadie Ardoin, Iry LeJune, and Nathan Abshire, and modern artists such as Doug Kershaw, Jimmy C. Newman, and the late Clifton “King” Chenier who have taken Cajun music to the national scene where the music of Louisiana is now heard around the world.” 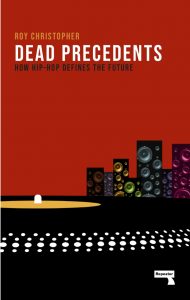 Dead Precedents: How Hip-Hop Defines the Future
By Roy Christopher

THE PRESS RELEASE: “This book is about is the many ways that the foundations of hip-hop appropriation – allusions and creative language use, as well as technology and self-reference – inform the new millennium. In Dead Precedents, Roy Christopher traces the story of how hip-hop invented the twenty-first century. Emerging alongside cyberpunk in the 1980s, the hallmarks of hip-hop – allusion, self-reference, the use of new technologies, sampling, the cutting and splicing of language and sound – would come to define the culture of the new millennium. Taking in the groundbreaking work of DJs and MCs, alongside writers like Burroughs, Dick and Gibson, as well as post-punk and DIY culture, Dead Precedents is a counter-culture history of the twentieth century, showcasing hip-hop’s role in the creation of the world we now live in.” 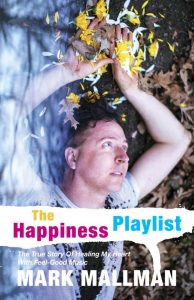 The Happiness Playlist: The True Story Of Healing My Heart With Feel-Good Music
By Mark Mallman

THE PRESS RELEASE: “Minneapolis rock legend Mark Mallman woke at 3 a.m. with a crushing panic attack that wouldn’t end. He responded by pouring songs into a happiness playlist and leaning on the wisdom of friends. This is the true story of a man beset by grief, healed by music, and learning to laugh through it all.”