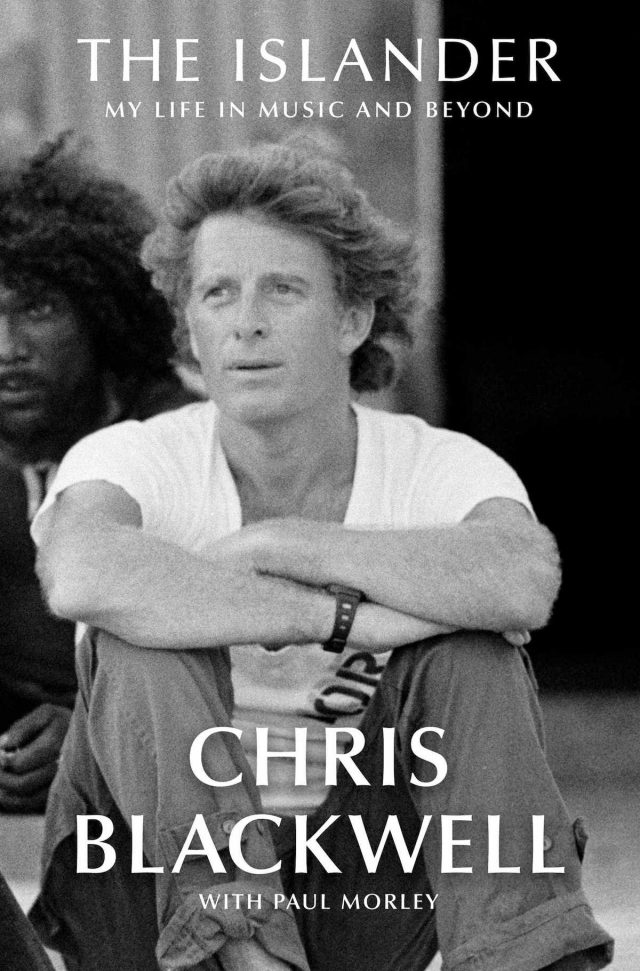 Chris and Cash and Cage. Abba, Arista and American Pie. Not to mention two very different musical queens. There are plenty of worse ways your could kick off your summertime reading. Let’s get started: 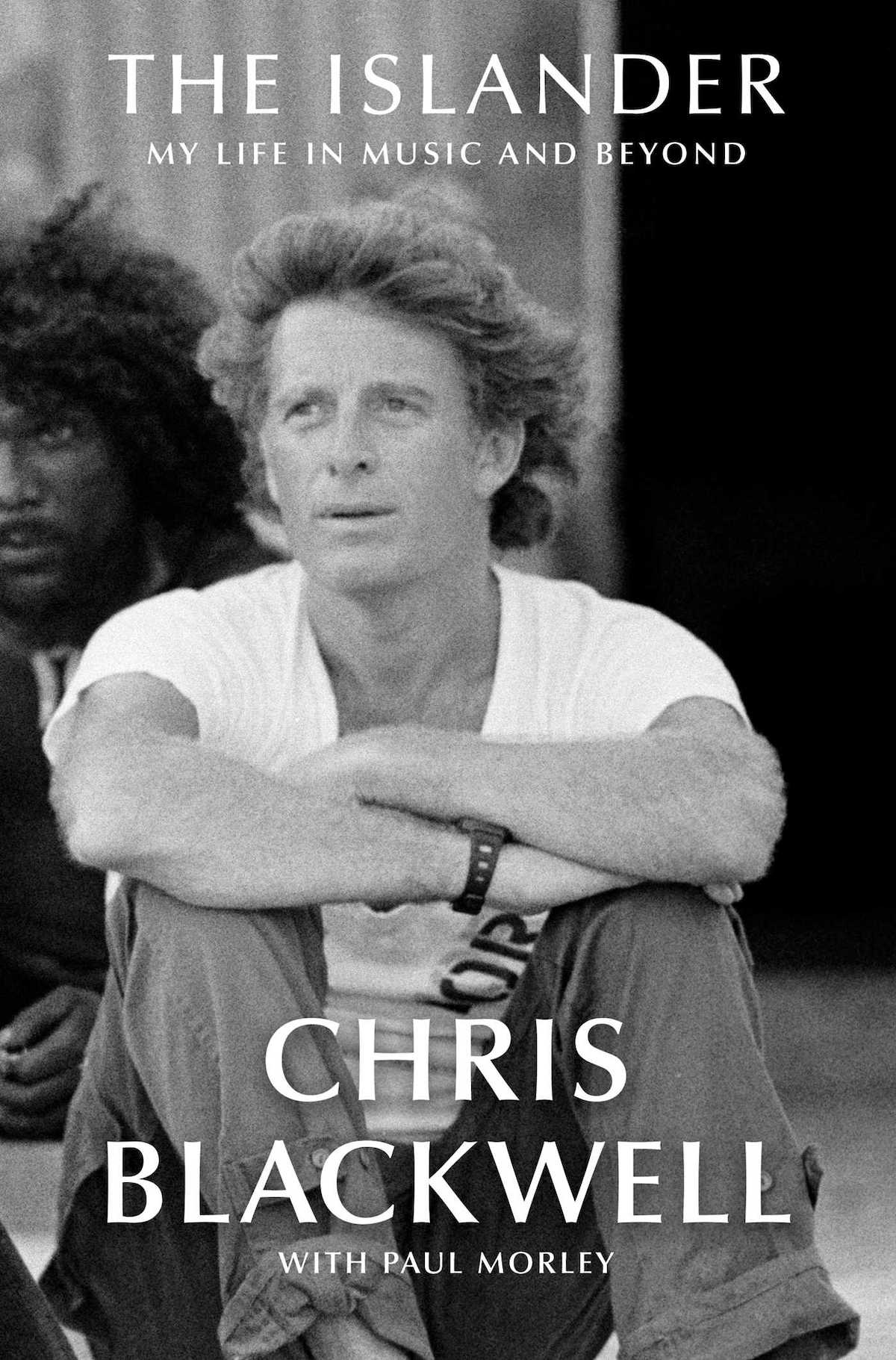 The Islander: My Life in Music and Beyond
By Chris Blackwell & Paul Morley

THE EDITED PRESS RELEASE: “Chris Blackwell, like the paradigm-shifting artists he came to support over his 60-plus years in the music business, never took the conventional route. He grew up between Jamaica and London, crossing paths with Ian Fleming, Noel Coward and Errol Flynn. After being expelled from an elite British school for rebellious behaviour in 1954 at age 17, he moved back to Jamaica, and within five years, founded Island Records — the company that would make an indelible mark on music, shifting with the times, but always keeping its core identity intact. The Islander is the story of Blackwell and his cohorts at Island Records, who time and again, identified, nurtured, and broke out musicians who had been overlooked by bigger record labels, including Steve Winwood, Nick Drake, John Martyn and Cat Stevens. After an impromptu meeting with Bob Marley and his bandmates in 1972, Blackwell decided to fund and produce their groundbreaking album Catch A Fire. He’d go on to work with Marley over the rest of his career, remain his close friend, and continually champion Jamaican culture and reggae music. In the ensuing years, Blackwell worked with U2, Grace Jones, The B-52s, Tom Waits, Robert Palmer, Tom Tom Club and many other groundbreaking artists. He also opened the first Jamaican boutique hotel, on the property of Fleming’s former home Goldeneye, where all the James Bond books were written. Blackwell is a legendary as well as deeply humble raconteur, and reading The Islander is like spending a day with the most interesting man in the world.” 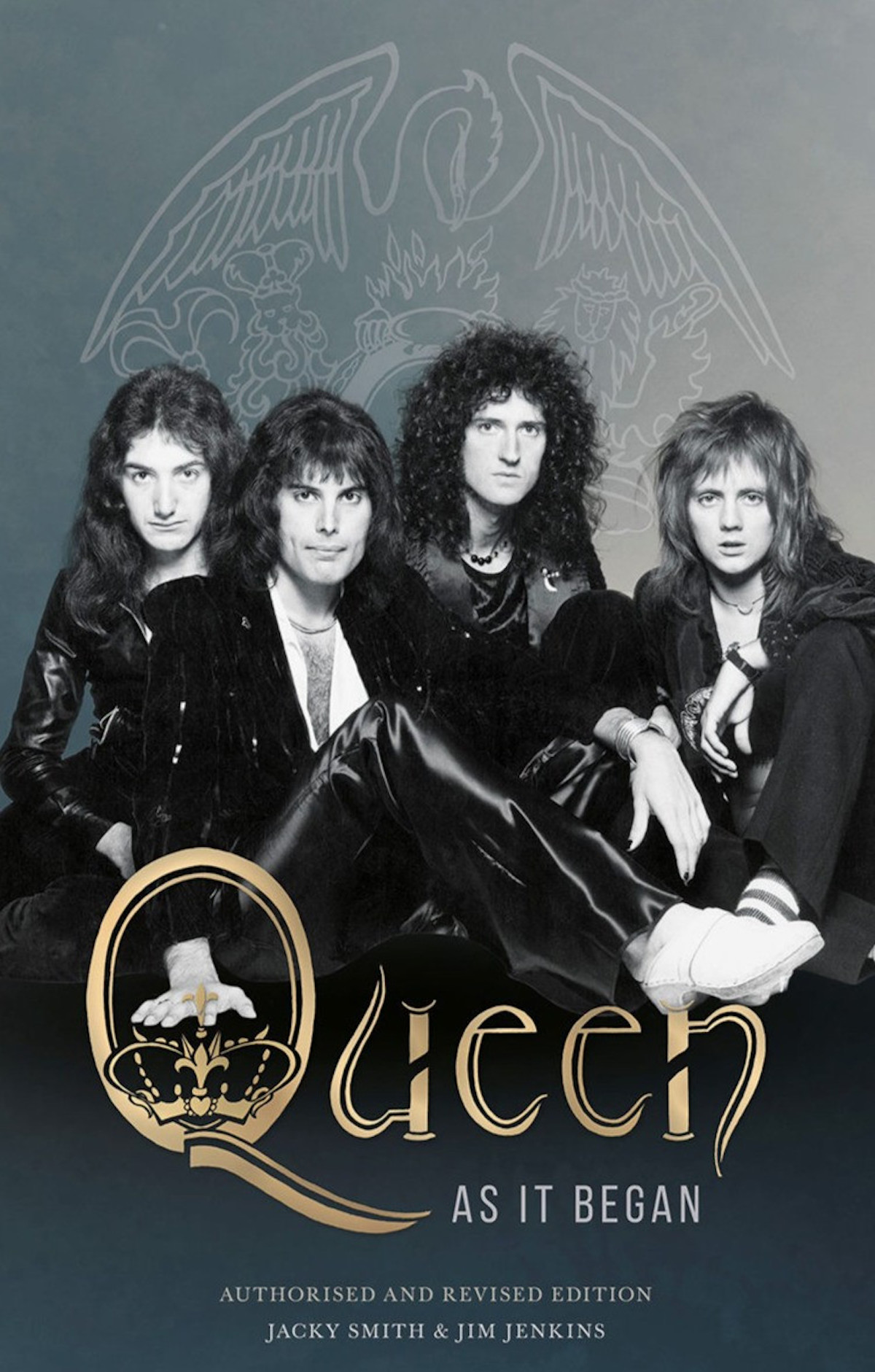 Queen  — As It Began: Authorised And Revised Edition
By Jim Jenkins & Jacky Smith

THE EDITED PRESS RELEASE: “The original edition of this revered and authorised Queen biography explored every aspect of the legendary group’s career from inception to 1992. Newly revised and updated with co-operation and insight from Brian May and Roger Taylor — and drawing on exclusive interviews with the bandmembers — this book completes the story of the Mercury era and the immediate years after his death. With numerous extra photographs and a new foreword from May, Queen — As It Began: Authorised and Revised Edition is an informative and authoritative portrait of Queen’s most fundamental period.” 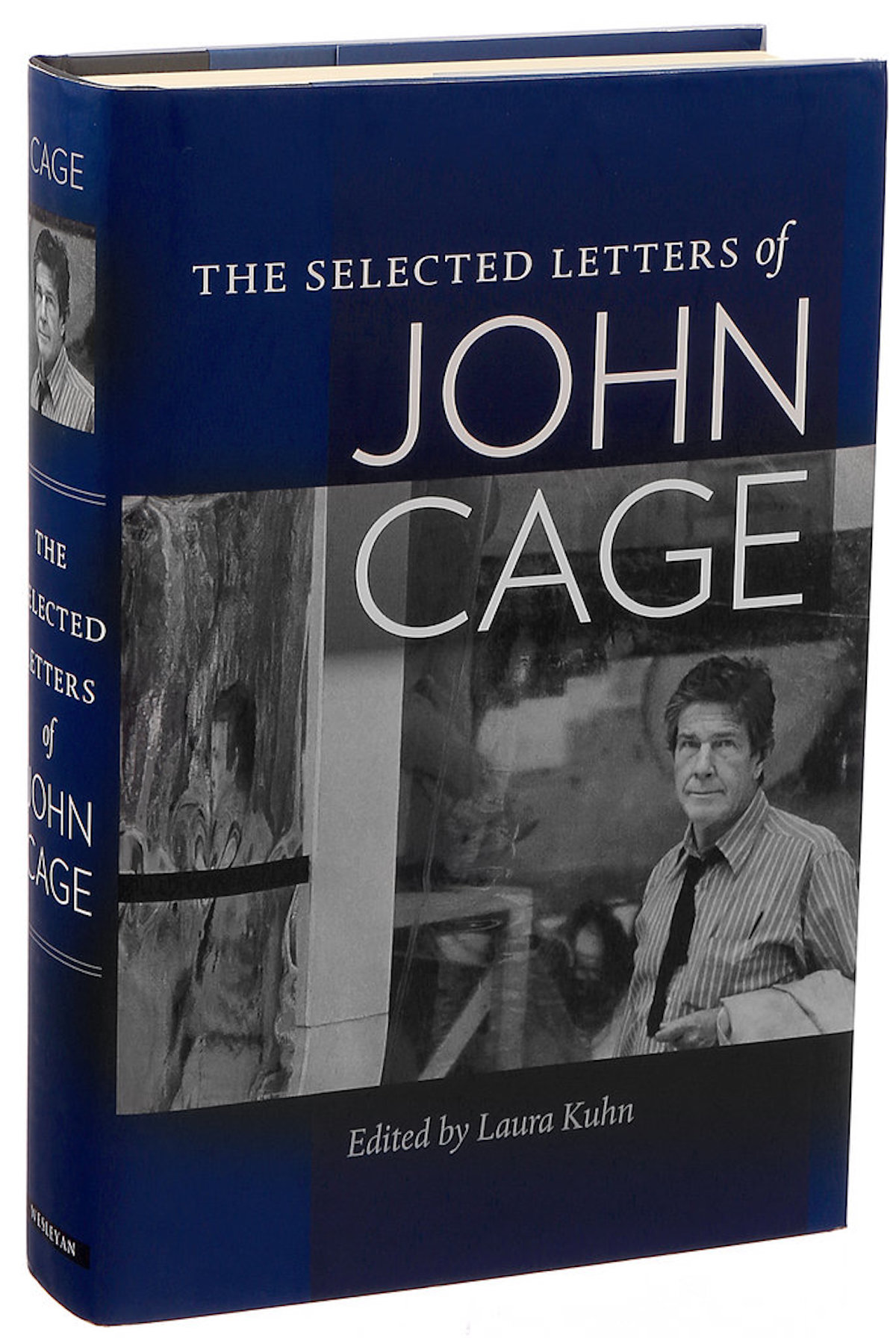 THE EDITED PRESS RELEASE: “This selection of over 500 letters gives us the life of John Cage with all the intelligence, wit, and inventiveness that made him such an important and groundbreaking composer and performer. The missives range from lengthy reports of his early trips to Europe in the 1930s through his years with the dancer Merce Cunningham, and shed new light on his growing eminence as an iconic performance artist of the American avant-garde. Cage’s joie de vivre resounds in these letters in every phase of his career, and includes correspondence with Peter Yates, David Tudor and Pierre Boulez, among others. Above all, they reveal his passionate interest in people, ideas, and the arts. The voice is one we recognize from his writings: singular, profound, irreverent, and funny. Not only will readers take pleasure in Cage’s correspondence with and commentary about the people and events of a momentous and transformative time in the arts, they will also share in his meditations on the very nature of art. A deep pleasure to read, this volume presents an extraordinary portrait of a complex, brilliant man who challenged and changed the artistic currents of the twentieth century.” 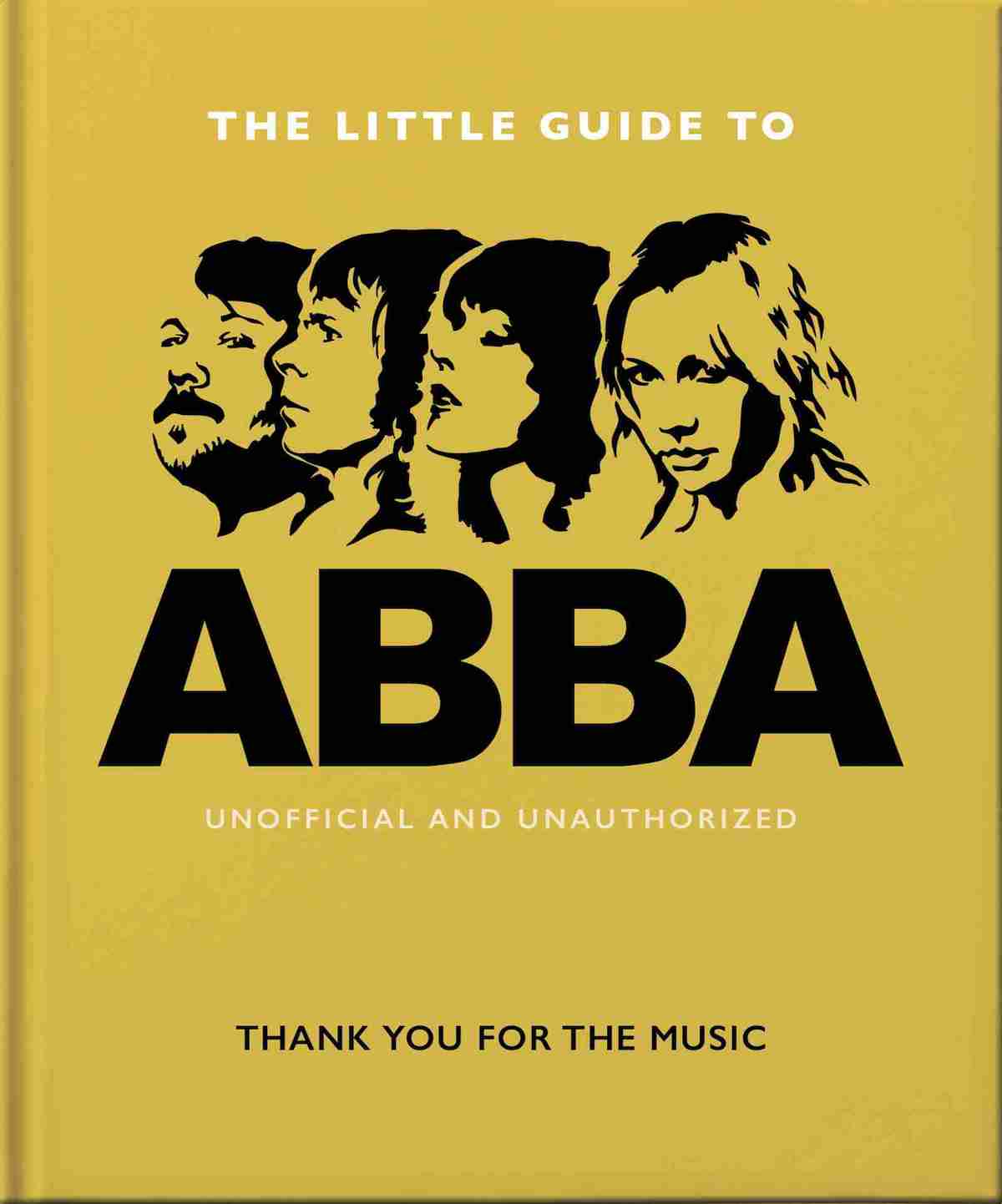 The Little Guide to ABBA: Thank You For the Music
By Orange Hippo!

THE EDITED PRESS RELEASE: “ABBA blasted their way onto the global pop scene with a Eurovision Song Contest win in 1974. The song, Waterloo, the band’s tenth single, was a top 10 hit around the world and spurred them on to enormous chart success with singles, then albums, then compilations selling in the millions. They truly conquered the world, recording, touring, performing and entertaining huge crowds everywhere they went, but after less than a decade, the dream was fading and they went their separate ways, seemingly never to record together again. The superstardom was over, but their music continued to be popular and in every decade that passed the question was asked: Will ABBA ever re-form? The answer was always no — they even allegedly turned down a $1 billion tour offer — until the late 2010s, when rumours and announcements abounded and finally, to enormous global fanfare, the band revealed that a new 10-track album would be released in November 2021, and a virtual avatar tour would take place in from May 2022; fans went wild.” 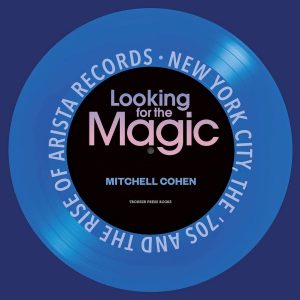 Looking For The Magic: New York City, the ’70s and the Rise of Arista Records
By Mitchell Cohen

THE EDITED PRESS RELEASE: “Looking For The Magic is a cultural-historical remix, a fresh perspective on how Arista Records reflected its place and time, New York in the 1970s and early 1980s. Through interviews with dozens of artists and executives, music journalist Mitchell Cohen goes inside the business of making and marketing music during this vibrant and diverse period. Under Clive Davis, rock, pop, punk, jazz, R&B, disco, cabaret and Broadway were all represented on Arista. The label sounded like the city it was at the geographical center of. From its inception as a new entity built on the pop and soul foundation of Bell Records, to groundbreaking artists like Gil Scott-Heron and Patti Smith, to revitalized legends like The Kinks and Aretha Franklin, up to its launching of its biggest star Whitney Houston, Arista Records’ story has never been told like this. Looking For The Magic covers the wide scope of the label’s roster: its giant pop successes (Barry Manilow), its dedication to cutting-edge jazz (Anthony Braxton) and its embrace of rock royalty (Lou Reed, The Grateful Dead). Looking For The Magic (named after a song by The Dwight Twilley Band) takes the reader behind the scenes. We find out how Because the Night made its way from Bruce Springsteen to Smith; how Manilow went from obscurity to stardom; how MTV ushered in a second British Invasion for bands like Thompson Twins and Haircut One Hundred; and how Arista formed alliances with adventurous labels like Stiff and Ze Records.” 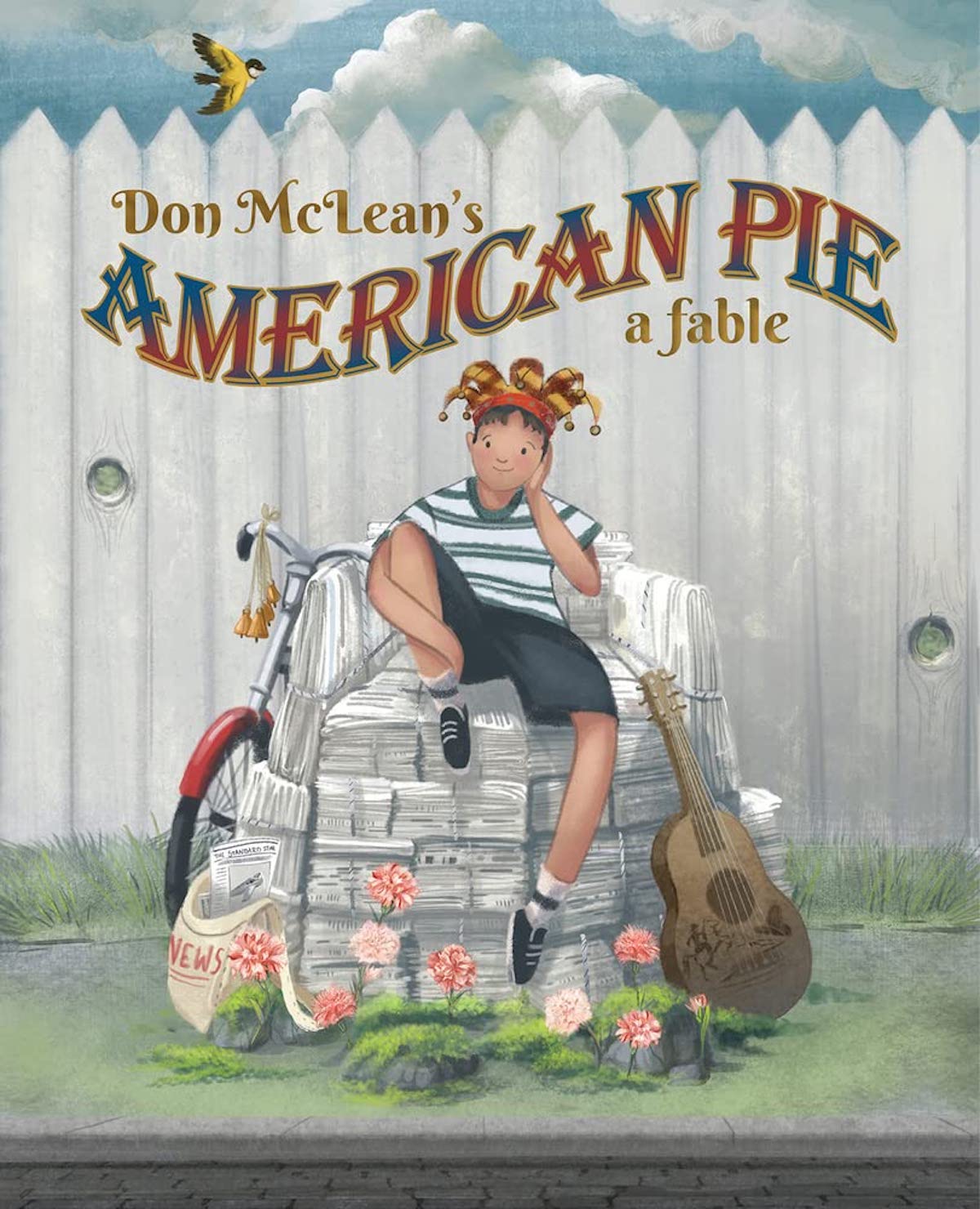 THE EDITED PRESS RELEASE: “ ‘In a small town, there lived a lonely newspaper boy.’ So begins this heartfelt story inspired by one of the most iconic works of American rock ’n’ roll. Don McLean’s American Pie: A Fable weaves elements and themes from the classic song with experiences from the singer-songwriter’s own early years into a stunningly visual and uplifting tale for all ages. This fable reveals the emotional journey of a newspaper delivery boy in the late 1950s who discovers the joy of friendship and music, eventually learning that when you recognize what truly makes you happy, you’re never really alone. Released in 1971, American Pie was named one of the top five songs of the century by the National Endowment for the Arts and the Recording Industry Association of America and the original recording was selected for preservation in the National Recording Registry by the Library of Congress as being “culturally, historically or artistically significant.” Lushly illustrated and poetically written with numerous nods to the nostalgic themes and cryptic lyrics of the beloved song, Don McLean’s American Pie: A Fable is a picture book McLean says he hopes will become a bedtime standard for families. Whether you read this as a prequel to the musical masterwork, or as a tale of growing up, or as a beautiful exploration of finding inspiration, Don McLean’s American Pie: A Fable will both enhance the song for fans of McLean and introduce a world of imagination to young readers who have not yet experienced this generation-defining music.” 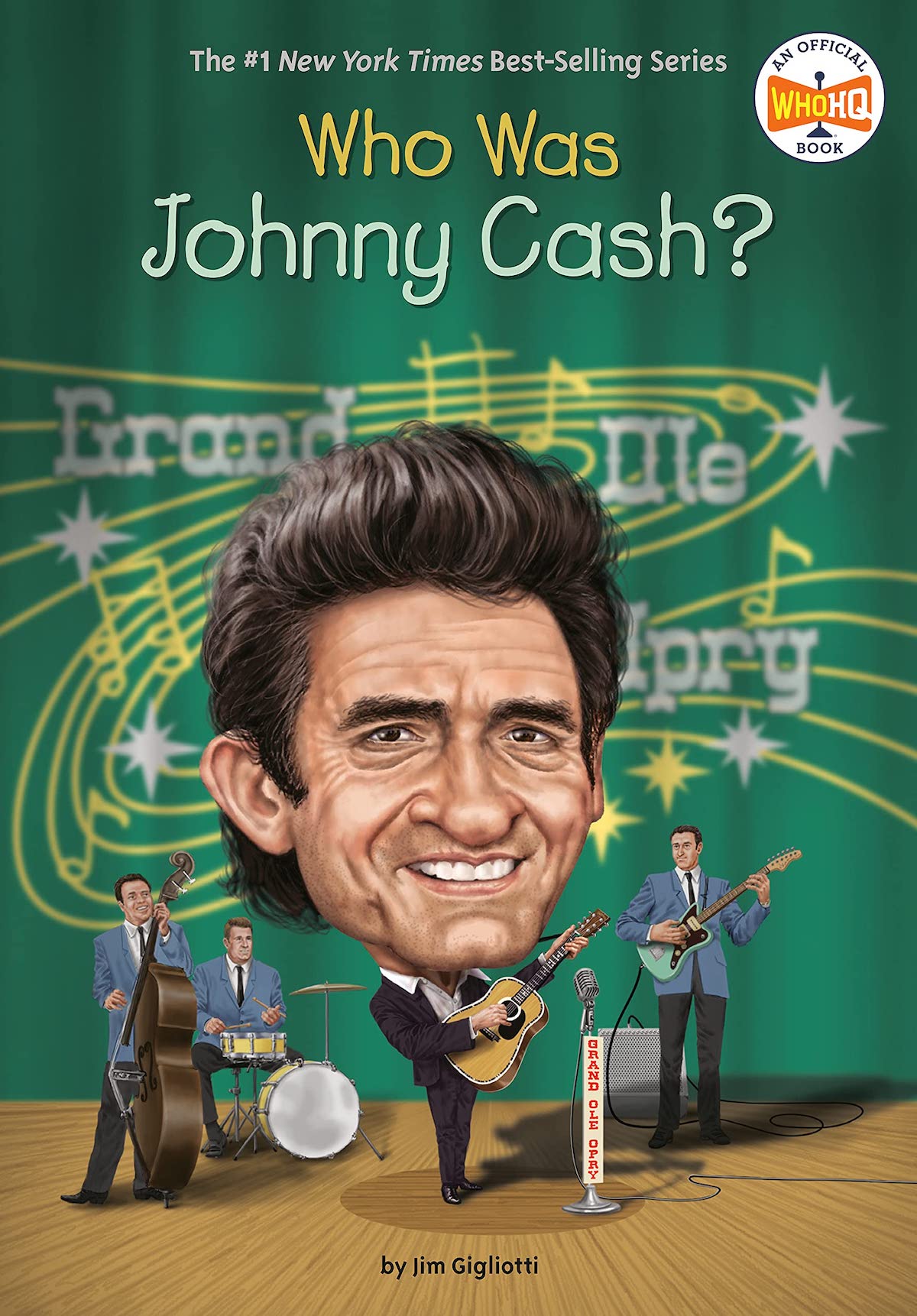 Who Was Johnny Cash?
By Jim Gigliotti & Gregory Copeland

THE EDITED PRESS RELEASE: “Was Johnny Cash always the rebellious Man in Black that we remember him as today? Find out in this biography from the New York Times bestselling series that takes us from Cash’s childhood on an Arkansas cotton farm to his first days in rockabilly through his most famous years as a country music legend and icon of American songwriting. Due to his wide range of musical talent and an incomparable career spanning 49 years, Cash has been inducted into the rountry, rock and roll, rockabilly and gospel halls of fame. He also won 18 Grammys and nine Country Music Association awards. Who Was Johnny Cash? lets young readers learn about every step in Cash’s groundbreaking musical career. As one of the best-selling American musicians of all time, Cash was known for his rich, deep voice and musical style that featured a chugging, train-like beat.” 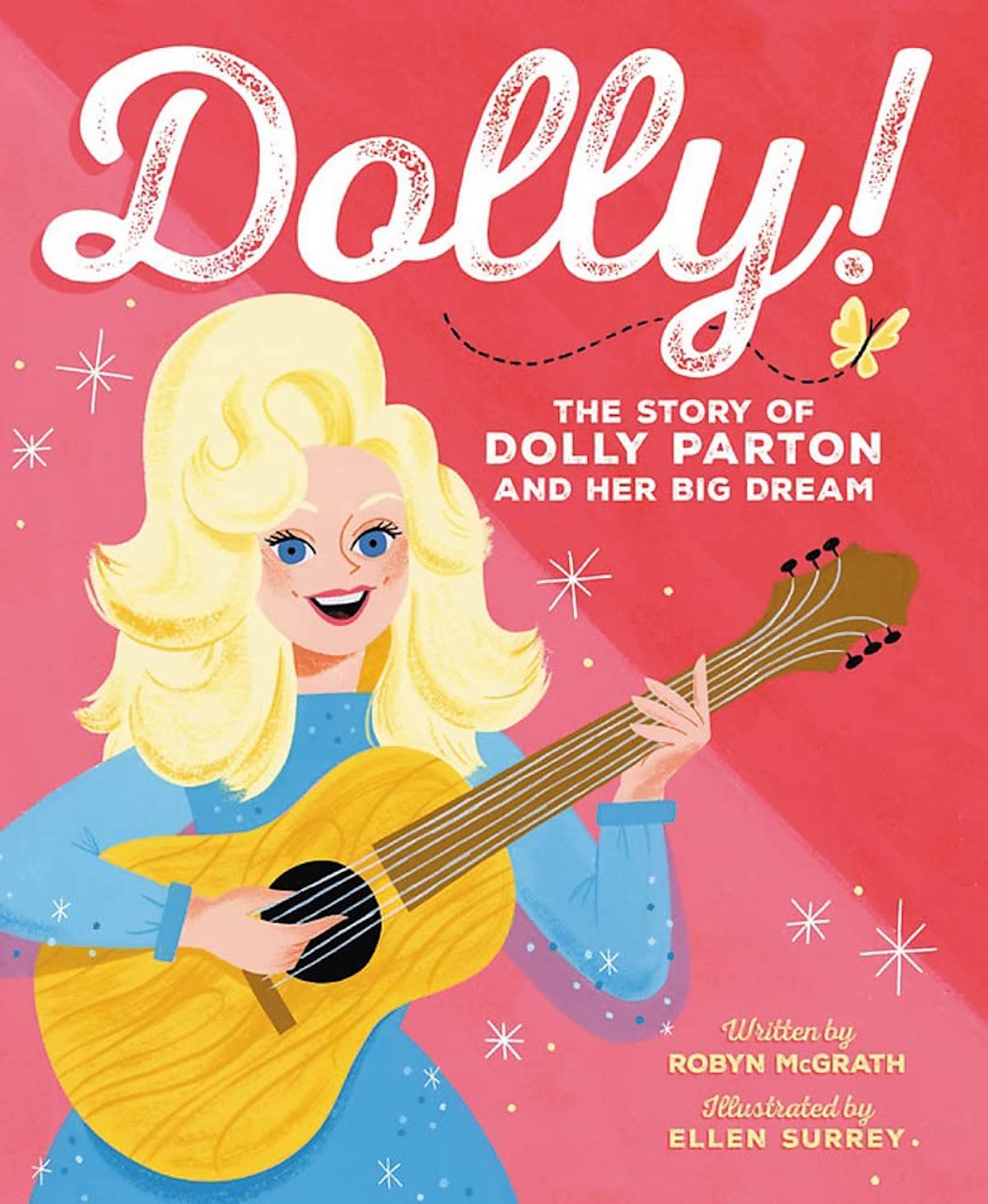 Dolly! The Story of Dolly Parton and Her Big Dream
By Robyn McGrath & Ellen Surrey

THE EDITED PRESS RELEASE: “ A rhythmically told and vibrantly illustrated picture book biography of Dolly Parton, an American icon beloved by all. You’ve likely heard of Parton. But do you know where this dazzling songwriter and musician draws her roots? As one of 12 children growing up in rural Tennessee, Dolly was determined to be seen and heard. From her front porch to her church choir, every stage was an opportunity to perform and share her many talents. While balancing farm chores with schoolwork, Dolly never lost sight of her dreams, composing her first song at age five and performing at the Grand Ole Opry at age 13. With lilting language and vibrant artwork, this childhood story captures the unique gifts of Parton, while also honouring the measures of her success: Resilience, confidence, family and kindness.”