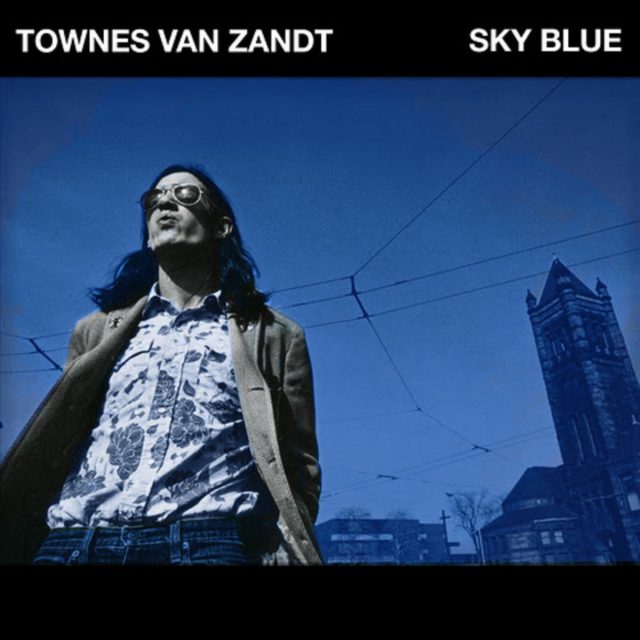 Townes Van Zandt would have turned 75 on March 7. Though I don’t suspect that anyone who knew him — or even Van Zandt himself — ever expected him to blow out the candles on that cake. His music is a different matter: More than 22 years after the tragically troubled Texas troubadour’s death, songs like Rex’s Blues and Pancho and Lefty are every bit as vital as the day they were written. Sky Blue, the latest in a string of posthumous releases, takes us back to those halcyon days. Recorded in 1973 at a friend’s home studio, it consists of 11 previously unreleased solo recordings and demos that capture Van Zandt in his purest and most intimate form. The big draw is two songs that have never been heard before: The flat-picked freedom ode All I Need and the title cut, an incongruous blend of sweet folk fingerpicking fuelled by Van Zandt’s typically dark lyrics. But there are plenty of other treats: Early versions of Pancho, Rex, Snake Song, Silver Ships of Andilar and others, along with covers of Bill Monroe’s Blue Ridge Mountain Blues, Tom Paxton’s The Last Thing On My Mind and the murder ballad Hills of Roane County. Granted, the mono home-recording quality is hit and miss. But to their credit, his family didn’t try to refurbish the songs with extra musicians or sweeten them with extensive production. Bare-bones, brilliant, beautiful and bleak, Sky Blue is the real deal. Just like Van Zandt. Light the candles.