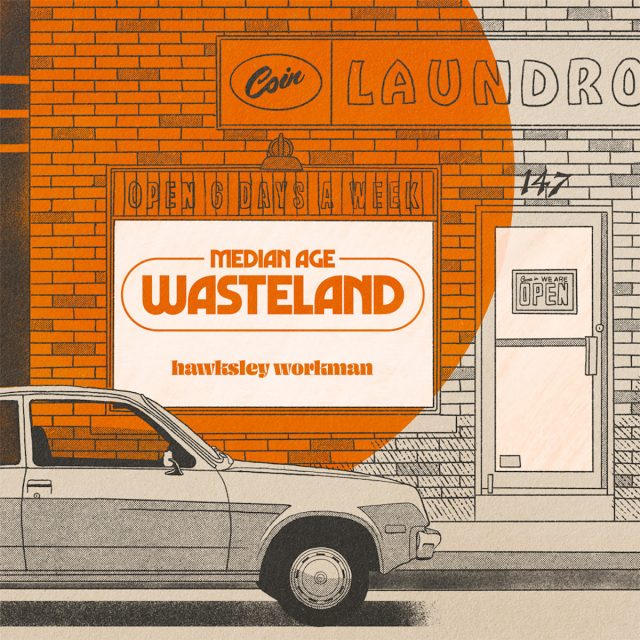 Hawksley Workman has always been his own man. But he’s never seemed quite as comfortable in his own skin as he is on Median Age Wasteland. Written and recorded following a recent move to Montreal, the prolific Workman’s 16th studio album in just 20 years stands as his least contrived and most mature work in ages. Eccentricity and idiosyncrasy generally take a backseat to musical simplicity and emotional honesty on these 11 deliberately paced tracks, as Workman waxes nostalgic about summer and his childhood, weighs in on adult commitment and ponders the metaphorical fates of lone wolves and birds in train stations. Acoustic guitars seem to be his weapon of choice for many of these songs, though producer Murray Lightburn — a.k.a. frontman of The Dears — raises the sonic game with the same sort of lush sophistication and gentle grandeur he brings to his day job. The understated tone and unhurried pace give Workman plenty of vocal room, and he makes the most of it, putting plenty of soul into his delivery and frequently freeing his wonderful and powerful falsetto to soar and float and swoop like one of those birds. Granted, it isn’t a complete makeover — the bittersweet orch-pop confection Oksana examines the fate of the retired figure skater, while the suitably trippy slow-burner Stoners Never Dream would fit just fine on a Flaming Lips album. But even at his most wasted, Workman needn’t worry about ending up in a creative wasteland. Not if he continues to age as gracefully as he has here.