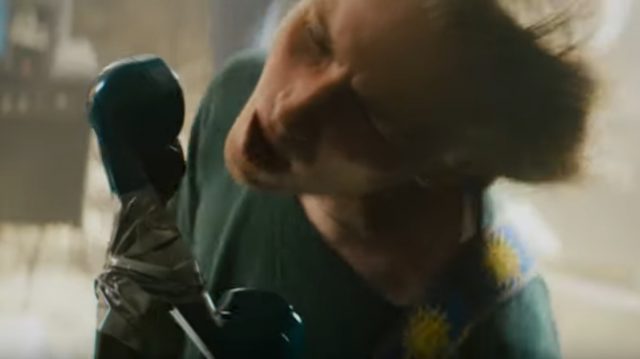 The early birds get the worms, y’all. If you’re reading this before noon, you’re definitely in the former category. And here’s your treat: The first five tracks and videos that landed in my mail today, presented without fuss or muss. Open wide:

1 Young Vancouver rockers The Jins resurrect the glory days of grunge with She Said, the video from their forthcoming Death Wish EP. SAYS THE PRESS RELEASE: “We teamed up with Dave Genn from 54-40 to help us produce and record Death Wish, which was an amazing experience because I grew up hearing Matthew Good Band on the radio and Big Shiny Tunes compilations. It was really surreal to be introduced into a world that I felt was so intangible as a kid. Mike Fraser helmed the mixing duties, and he did an amazing job polishing the tracks. It was a total pleasure to meet and work with these legends.” Pick up:

2 California singer-songwriter Jackie Mendoza makes a gentle splash with Seahorse, the first single from her forthcoming debut EP LuvHz (Love Hurts). SAYS THE PRESS RELEASE: “Seahorse directly refers to how seahorses mate for life and live in a symbiotic state by taking on equal responsibilities. Females ‘plant’ the egg inside the male’s pouch and the male gives birth to thousands of seahorse babies while the female looks for food and shelter, says Mendoza. The sound of the song was also inspired by the way they swim and move; sporadic and free-flowing.” The water’s fine:

3 Synth-popster AlphaCub of Toronto shares his luminous new single Night Heart. SAYS THE PRESS RELEASE: “Who are you at night? Growing up in a quiet place along the countryside, I fell in love with the darkness. I was always fascinated by that one, distant light that shone from the forest or near the ocean. The only thing I love more is the wild night that I embrace trying to reach that glow.” Light it up:

4 Up-and-coming Italian stoner metallers Oreyeon fire up the epic shapeshifting title cut from their upcoming album Ode To Oblivion. SAYS THE PRESS RELASE: “On new album Ode To Oblivion, Oreyeon refine their songwriting even more while trying to move away from the stoner rock cliché. Highly addictive and melody-driven, each song drives the listener to unsettling, dark sonic landscapes covered in the hugest crunch and fuzz, never stifling yet pounding enough to make all heads bang.” Inhale:

5 Veteran singer-songwriter Damien Jurado fires up his vintage Lincoln, the latest preview of his upcoming album In the Shape of a Storm, which he recorded in an afternoon. SAYS THE PRESS RELEASE: “Lincoln, written in 1998, was originally slated for my third album not yet titled, Ghost of David. I had 13 songs recorded for the album onto a newly purchased digital 8-track machine. And, when the day came to mix the finished album, an error done on my part was made, erasing everything. Now under a deadline with the label to turn in a new album, I came up with the bright idea to scrap every song I had written for the album, and start a new. All original material was written, and then recorded in a period of less than a week for Ghost of David. Years later, I would come across the only recorded demo I had made for the original album on a cassette. This song was Lincoln.” Enjoy the ride:

Indie Roundup | 46 Songs To Reckon With This Tuesday (Part 3)

Indie Roundup | 46 Songs To Reckon With This Tuesday (Part 2)

Indie Roundup | 46 Songs To Reckon With This Tuesday (Part 1)

Indie Roundup | 19 Songs To Ease You Into Another Week