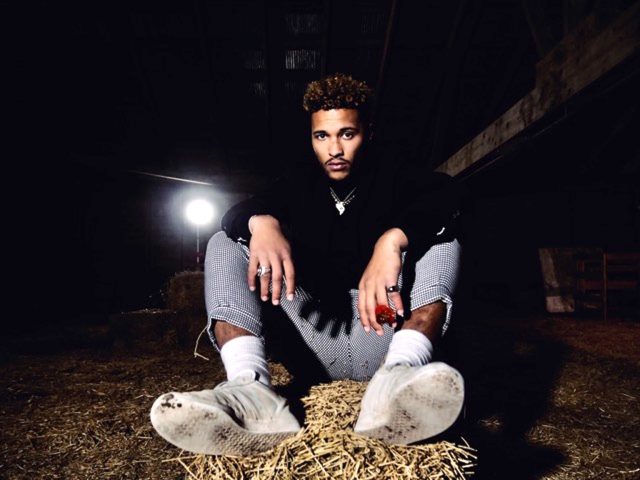 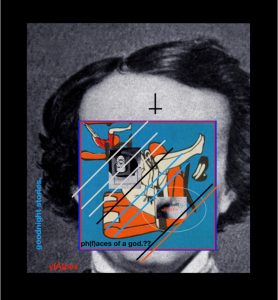 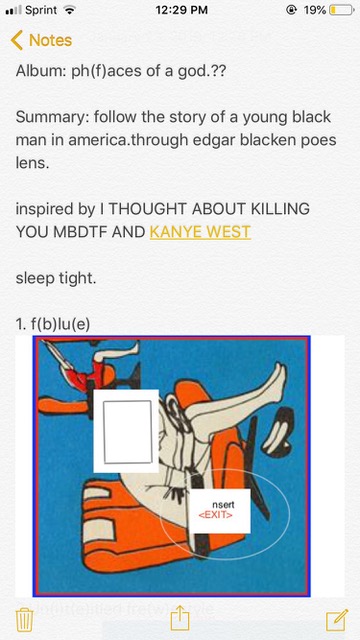 Countless musicians spend years if not decades learning, honing and practising their talents, slowly and painfully advancing to the point where they have the skills, smarts, experience and courage to even try creating something original. Addison Parrish — who goes by y(A)pex, yApex, yepex, edgar blacken poe or blacker allan poe, depending on the moment — is not one of those musicians. Not if the incredible story behind his striking Goodnight Stories | Ph(F)aces Of a God.?? is to be believed. He says he’s a collage artist who recorded his album over the last long weekend — and the dates on his Soundcloud files support his claims. The songs themselves back him up: From the minimalist instrumentation, hallucinatory underproduction and freewheeling ambience to the typographically inventive titles and his multiple names, everything displays a rough-hewn immediacy, twisting and turning and shifting and drifting unpredictably — but in a way that draws you inward rather than pushing you away. He also says he’s not a rapper. But based on his provocatively sharp lyrics, nimble wordplay, natural flow and effortless hooks, he’s either lying or one of the most supremely gifted and fully formed talents to come straight out of nowhere in years. Whatever the truth, Goodnight Stories is an impressive achievement that displays all the confidence and craft of a seasoned performer. Hopefully, it’s just the beginning of Parrish’s epic, ever-evolving story. 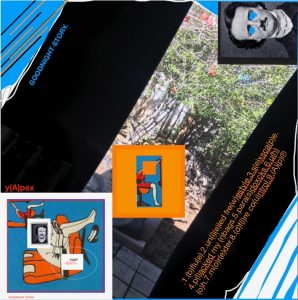 IN HIS OWN WORDS:

“I am an independent artist from des moines, IA. I am not a rapper, i am a collage artist. I designed, produced, and rapped this entire album in 4 days over mlk weekend using a sock mic and garage band. It is my personal reflection on racism, mental health, urban poverty cycle, and the black experience; all through the lens of blacker allan poe. Everything I do is inspired by Kanye, and I feel it is very important to recognize greatness everytime you witness it. enjoy my art. sleep tight.”

If you’d like to be a DIY Discovery, no problemo: Just go to the Submit Music page, fill out the form and hit send. Or email me directly. I can’t promise I’ll feature you, but if you’re as awesome as you think you are, it could happen. You never know.