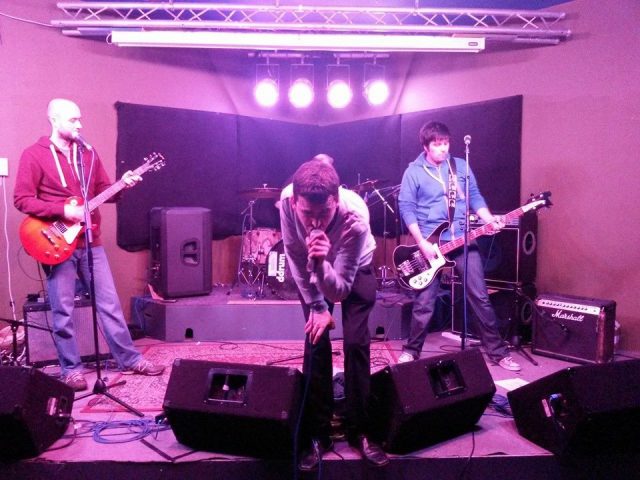 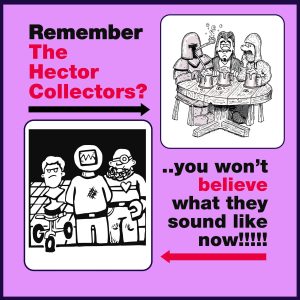 LATEST RELEASE: Their click-baiting comeback Remember the Hector Collectors? ..You Won’t Believe What They Sound Like Now!

QUICK REVIEW: I freely admit that I don’t remember The Hector Collectors. And unless you’re an aficionado of obscure, eccentric Glaswegian garage-pop from the beginning of the millennium, I’m going to guess you don’t either. Which means it’s high time you met them. Assuming, of course, you’re an aficionado of sharp-witted yet pointedly topical ditties about cognitive dissonance, abandoned websites, ad hominem attacks and 25-minute response videos. Then again, if doesn’t matter if you’re a fan or not: You will be after just a few spins of these punchy, crunchy nuggets of mirth, melody and astute social commentary. Believe it.

WHO THEY SOUND LIKE: The fictional band in a scathingly satirical Britcom.

IN THEIR OWN WORDS: “The band, who have been described as a Scottish Half Man Half Biscuit, consist of Iain and Adam Smith (no relation) who burst on to the Glasgow music scene in 2001 with their first home recorded album Straight Outta Comprehensive. Classic songs such as Laurel Park School and What’s the point in getting up?, coupled with erratic live performances, gained them instant notoriety and they were even championed by the late great John Peel.
“The group initially split up around 2004 in the wake of their critically well received Dollification EP as band members went off to pursue other projects, including; The Just Joans, Danananakroyd, The Plimptons and Camera Obscura. Since then the band have reformed sporadically for occasional gigs and recordings but have now galvanized a new lineup and written their first new material in almost a decade, ready to once again cause mass confusion in the Scottish Indie scene.
“The current lineup of the band sees Adam and Iain backed up on drums by Gavin Dunbar (Camera Obscura) and on bass Joseph Greatorex (The Hussy’s, The Martial Arts, Colin’s Godson). The album also features a plethora of showbiz guest stars from bands such as How To Swim, The Paraffins and Gums!”

YOUR TURN: If you’d like to be a DIY Discovery, no problemo: Just go to the Submit Music page, fill out the form and hit send. Or email me directly here. I can’t promise I’ll feature you, but if you’re as awesome as you think you are, it could happen. You never know.