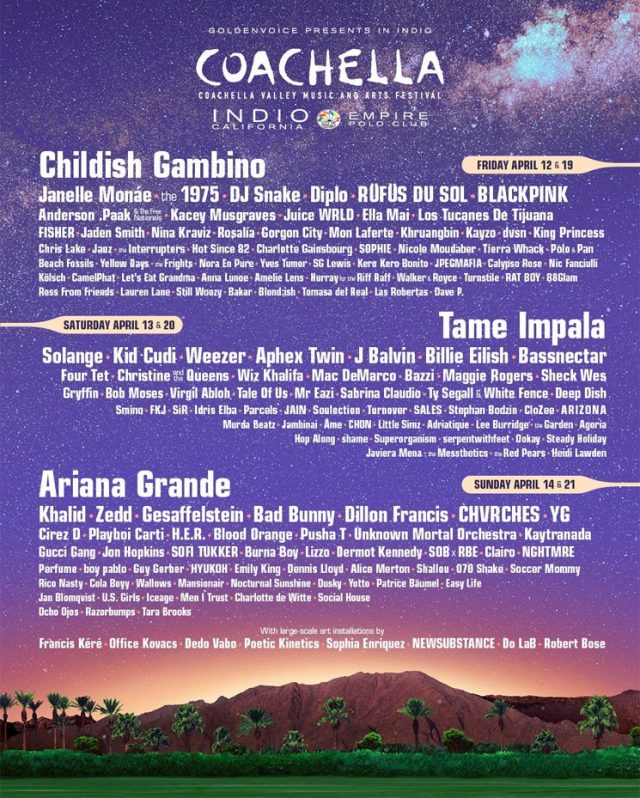 This just in: Coachella goes Westless, The Masked Singer reveals itself, Bootsy Collins leaves the stage and Brits want Stevie Nicks to sell them fries, sell them sweet little fries. Read on …

1 The lineup for this year’s Coachella festival was unveiled, topped by Ariana Grande, Childish Gambino and Tame Impala. That is not a misprint. That is what music has come to in 2019. Also on the list: Janelle Monae, The 1975, Solange, Kid Cudi, Weezer, Aphex Twin, Khalid, Bad Bunny and 100 more random indie bands and DJs that nobody really cares about. Not on the list: Kanye West, who reportedly backed out over the configuration of the stage. Can someone please share this configuration with every other festival in the world? Just asking for a friend. 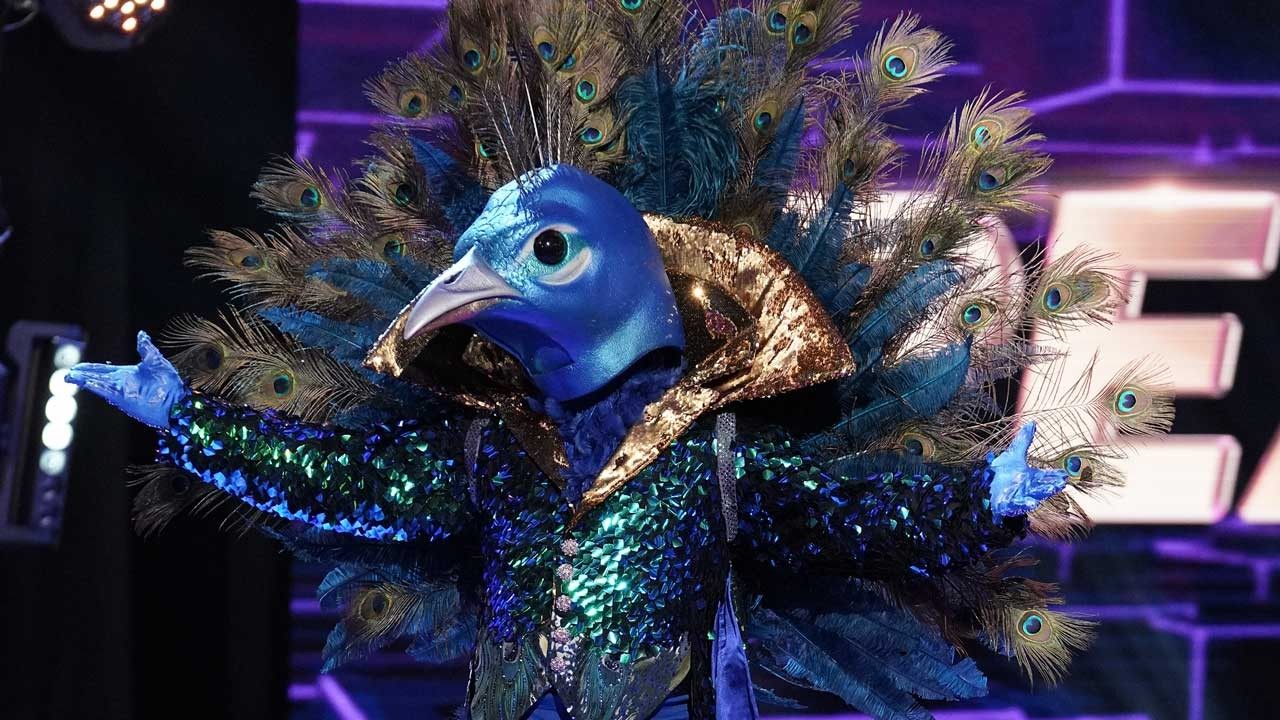 2 Did anybody else watch the debut of The Masked Singer on TV Wednesday? I thought the concept was reasonably interesting — until it turned out that the so-called singer was actually some athlete. So basically, the show has already unmasked itself as just another way station on the endless minor-celebrity reality-show circuit. A judging panel that includes certified dimwits like Robin Thicke, Jenny McCarthy AND Nicole Scherzinger (who suggested at one point that another hulking costumed dude might be a jockey) doesn’t help matters. I’ll give this another week or two, but as soon as I see Chris Jericho or a Kardashian, I’m out.

3 Who says social media is a waste of time? On Facebook, thousands of people are calling for Fleetwood Mac singer Stevie Nicks to work a shift at the Fleetwood branch of McDonald’s in Lancashire, England. Fleetwood McDonald’s, get it? Get it? Ah, the Brits and their sophisticated humour. Anyhoo, more than 15,000 people have said they would attend or are ‘interested’ should Nicks work from 8 a.m. to 11 a.m. on Sept. 28. Wait, so they’re not interested if she works the afternoon shift? Whatever; this is still the best story I’ve read today. The only thing that could make it better: Finding out that Lindsey Buckingham was behind it. 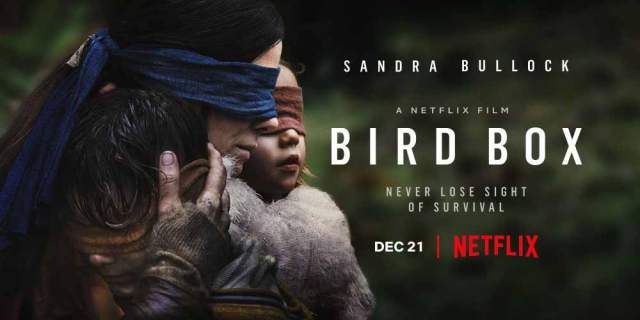 4 This doesn’t have anything to do with music, but it’s too amazing to ignore: Netflix actually had to come out and remind the imbeciles of the world that it’s not a good idea to wander the streets blindfolded like Sandra Bullock‘s character in Bird Box. I have to say, I disagree with the network wholeheartedly on this one. In fact, I think these people should take it to the next level and add some earbuds to the equation to really make navigation challenging. And here’s a pro tip: To avoid being hit by cars, be sure to walk only on railway tracks. You’re welcome.

5 Funk icon Bootsy Collins — whose bubbling, bouncing basslines have powered scores of hits by James Brown and George Clinton‘s various Parliament-Funkadelic lineups — says he can no longer perform live because of the stress it puts on his inner ear and right hand. This is a sad day for funketeers everywhere. Thankfully, we’ll always have YouTube clips like this one: