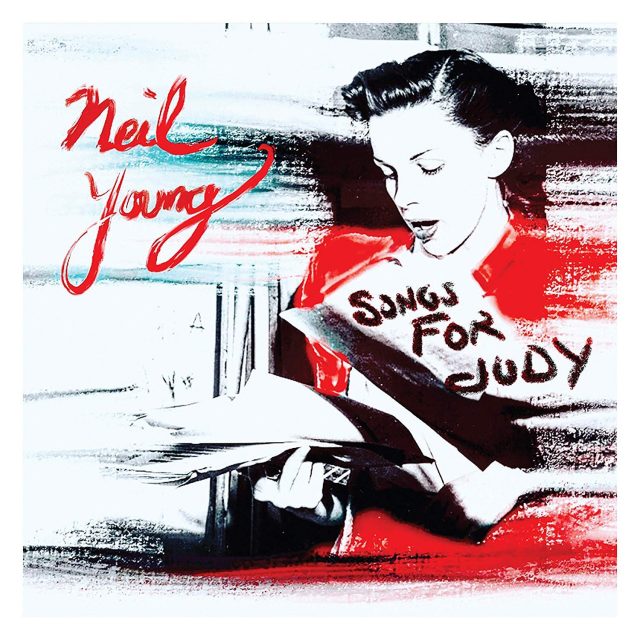 Let’s be honest: Being a Neil Young fan isn’t always easy. Because he doesn’t make it easy. He changes his mind more often than his underwear. He releases albums he should have shelved and shelves albums he should have released. He follows his muse even when it leads him wildly, foolishly astray. He opens his mouth when he really ought to keep it shut. And he doesn’t seem to listen to anyone but himself. But just when you’ve had enough and you’re ready to give up on him, he comes along and casually drops a stone-cold killer. This time it’s Songs For Judy, the latest unburied treasure from his seemingly endless archives. Featuring 22 solo acoustic performances from 11 shows taped (by Cameron Crowe, no less) when Young was serving as his own opening act on a Crazy Horse tour in late 1976, this compilation captures the mercurial troubadour in fine form and an upbeat mood. Switching between guitar and harmonica, banjo and keyboards, Young offers vital, vibrant renditions of classics like Heart of Gold, Mr Soul, Journey Through the Past, Harvest, Sugar Mountain and umpteen more, along with rarities like the then-unreleased Pocahontas, Human Highway and the bizarre Campaigner (“Even Richard Nixon has got soul”), and the previously unreleased No One Seems to Know. Between numbers, he even chit-chats and kibbitzes a little with the audience — the title comes from one presumably stoned monologue about Neil supposedly seeing Judy Garland hanging out in front of the stage. And to make it that little bit more historic, several of the songs were cut the night before he played at The Band‘s Last Waltz. Bottom line: Essential albums like this are the reason Young fans never totally lose hope. And the reason why they shouldn’t.