Home Hear Indie Roundup (You Do the Math Edition) | Five Great Tracks From... 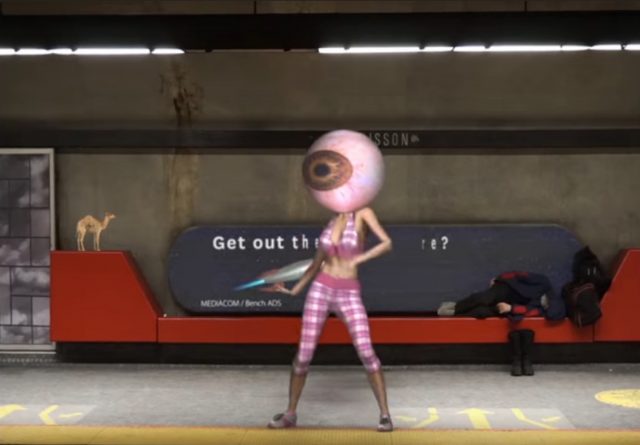 Klaus have the fever, Cherry Glazerr get ready, Sub Pop dredge up some Green River and more in today’s Roundup. We didn’t start the fire; it was like that when we got here. Honest.

1 | One man’s fever is another man’s fever dream. If you don’t believe me, just watch Fever, the freaky new video from Montreal art-rock supergroup Klaus (featuring members of Karkwa, Galaxie and Patrick Watson). SEZ THE PRESS RELEASE: “Conceptualized by Mathieu Dupuis, this madcap montage synchronized to the pulsating beats of the oddball party track echo the song’s themes of dealing with the disorientation and turmoil of beauty. With a healthy dose of black comedy in its eyeball-blurring barrage of images, the video walks a fine line between sci-fi, psychedelia, and fever dream.” See, I told you:

2 | Have you ever felt like an orange clay blob-man caught in a confusing world of blue clay blob-men? Dumb question, I know; of course you have. We’ve all been there. So you should have no trouble relating to the colourfully creepy animated video for Daddi, the lead single from L.A. trio Cherry Glazerr‘s next album Stuffed & Ready, due Feb. 1. SEZ THE PRESS RELEASE: “The animated video seeks to visualize the song’s searing attack against traditional gender roles. The video was directed by artist Danny Cole, the creative director for Portugal. The Man.” Orange you glad?

3+4 | Before Pearl Jam and Mudhoney, there was Green River, the Seattle proto-grunge outfit that included Mark Arm, Jeff Ament and Stone Gossard. If you don’t already own their Sub Pop releases — the 1987 EP Dry As a Bone and the 1988 album Rehab Doll — today is your lucky day. Well, actually, Jan. 25 will be your lucky day, since that’s when Sub Pop is reissuing both of them in deluxe expanded editions. But today, you can check out two cuts: Dry As a Bone‘s This Town and Rehab Doll‘s Forever Means. SEZ THE PRESS RELEASE: “Green River’s place in American music history is without question, but these recordings paint a more complete picture of the band—and of rock in the mid- to late-’80s when punk’s faster-and-louder ideals had begun shape-shifting into other ideas.” Take a dive:

5 | Now the end is near. And as they face the final curtain, Montreal duo Folly & The Hunter — a.k.a. multi-instrumentalists Laurie Torres and Nick Vallee, who recently announced they’re going on indefinite hiatus — have released a new lyric video for their darkly grooving synth-pop gem The Line, a cut from their recent album Remains. SEZ THE PRESS RELEASE: “The film, created by Juno Award-winning director Christopher Mills of Number Four Films, is a series of cinematic studies of the flow of water.” Go with the flow:

Awake Awake Kicks Off A New Day For Jayme Stone