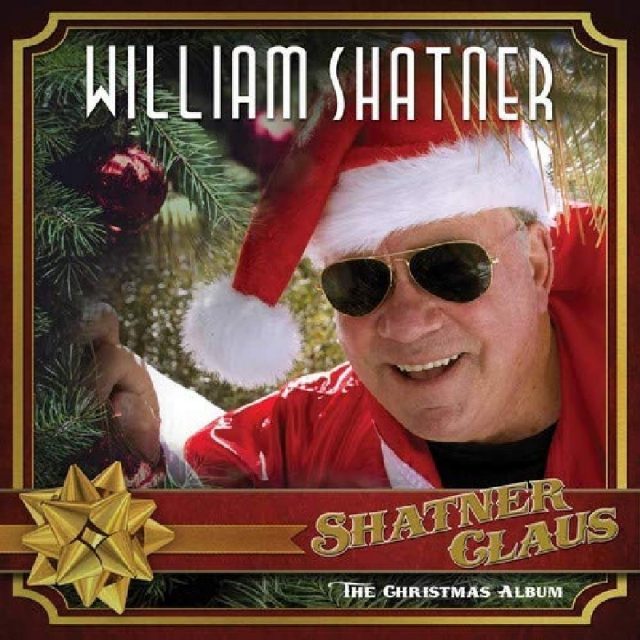 It … was … only … a matter! of! time! Over the past 50 years, the one and only William Shatner has ruined songs by everyone from The Beatles to Black Sabbath. So you know he was bound to get around to ruining Christmas carols at some point. Well, unfortunately, that point has finally arrived. But as usual, The Shatman doesn’t commit his vocal and verbal atrocities alone on his holiday outing Shatner Claus: He enlists a roster of otherwise-credible performers as unwitting accomplices in his inexplicable shenanigans. To their credit, some manage to emerge unscathed — while others fare about as well as a red shirt beaming down to an unexplored new planet. The losers and winners:

Henry Rollins: The beefy Black Flag bruiser (who previously guested on Shatner’s 2004 album Has Been) returns to aggressively bark the chorus of Jingle Bells over a suitably chiming orchestration — and then ups the ante by duetting with the drunken-sounding Shat on a punk-rock version.

Brad Paisley: The Nashville picker supplies twangy fretwork and tender vocals on Shatner’s chicken-fried version of Blue Christmas. Which is what you’ll be having if you put this on your playlist.

Iggy Pop: The godfather of punk is on his best behaviour here, sincerely warbling Silent Night in his rugged baritone while Shatner recites the rest of the lyrics like he’s the world’s worst spoken-word artist. Better he had stayed silent.

Elliot Easton: The Cars guitarist gets to show off some solid six-string pyrotechnics on Run Rudolph Run — while Shatner growls his lyrics as if he’s trying to physically threaten Santa’s reindeer.

Rick Wakeman: Yes’s comedic keyboard wizard acquits himself admirably by tickling the ivories on O Come, O Come Emmanuel. Pity Shatner didn’t ask him to tell a few jokes too. He would have been a lot more fun than this album.