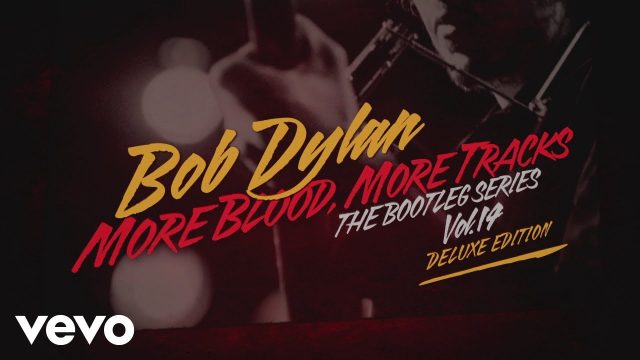 For those who aren’t familiar: Dylan cut most of the album over four days in New York in September of 1974. He played multiple versions of the songs alone and with various musical lineups and band configurations, but ended up choosing mostly solo acoustic takes for the album. Then he played the test pressing for his brother, who convinced him the disc — supposedly inspired by the dissolution of his marriage — was too dark and stark. So they put together a pickup band and Dylan recut half the album in a Minneapolis studio just weeks before it was released, orphaning all those NYC recordings.

Until now, that is. More Blood, More Tracks, the 14th volume in Dylan’s ongoing Bootleg Series, serves to bring all those long-lost leftovers to light. There are plenty: The six-disc, 86-track set documents the entire New York session in chronological order, 70 previously unreleased rehearsals, alternate takes and outtakes. Which means you are treated to multiple versions, multiple variations and multiple interpretations of classics like Tangled Up in Blue, Simple Twist of Fate, Idiot Wind and Shelter From the Storm, augmented by the handful of previously released Minnesota cuts. Throughout the process, Dylan changes the songs from one take to the next, switching styles, tempos, lyrics and arrangements on the fly as the musicians struggle (and sometimes fail) to keep up with him.

It’s an incredible treasure chest of rarities. On top of that, everything has been freshly remastered and restored to its original speed (the album tracks were sped up by about three percent to give them more ‘edge,’ a common practice at the time). So between one thing and another, it’s a lot to take in, even for a Dylan fan. That’s why there’s also a single-disc version with 11 supposedly ‘essential’ tracks. And why I went through the box and came up with my own highlights: 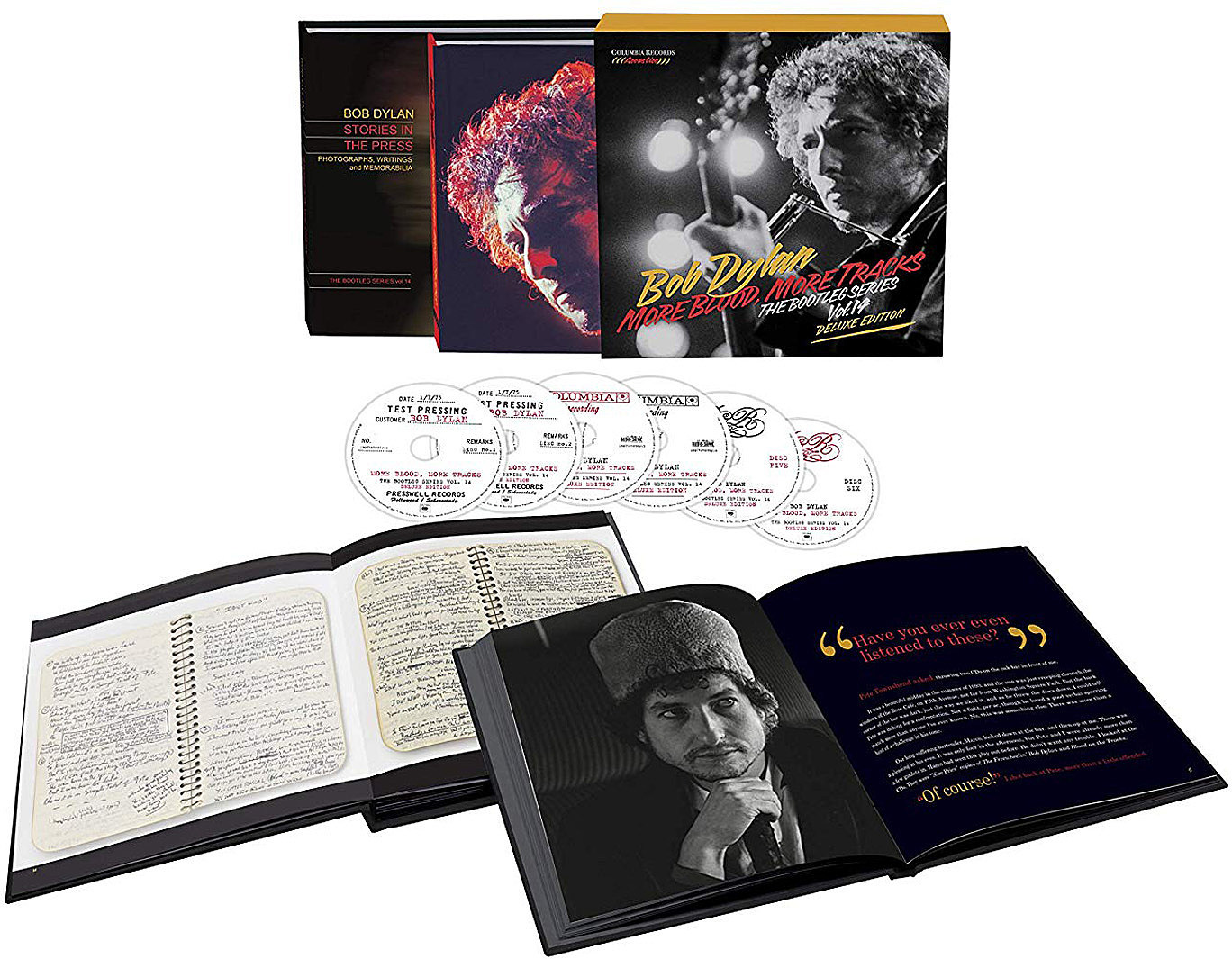 If You See Her, Say Hello (Take 1)
The first day of recording consisted of Dylan running through the songs alone on his acoustic guitar. Not surprisingly, several of these versions are keepers — including the first song he committed to tape.

Up to Me (Take 1)
This unreleased solo number is noisy and clattery, as if Dylan’s buttons or belt are clacking against his guitar. But the urgency of his performance more than makes up for it: The song spills out of him in a torrent, as if he’s trying to capture lightning in a bottle before it gets away. He succeeds.

Simple Twist of Fate (Take 1)
Another raw solo version from the first day of recording. Ultimately only one of these initial recordings — a version of Meet Me in the Morning — would be used on the final album.

Lily, Rosemary and the Jack of Hearts (Take 2)
The speedy full-band version can’t hold a candle to this more intimate solo acoustic version. Not surprisingly, it was initially included on the Blood on the Tracks test pressing before being re-recorded.

Call Letter Blues (Take 1)
The second take of this laid-back 12-bar affair — which is essentially Meet Me in the Morning with different lyrics — surfaced in the first Bootleg Series set. With its repetitive acoustic guitar lick, this full-band number is more rustic than the electrified and groovier version.

Idiot Wind (Take 6)
Dylan and bassist Tony Brown are the only players on the nine-minute track. But thanks to the sneering, seething vitriol of Dylan’s vocals and lyrics (which differ in several spots from the official version), you don’t need anything or anyone else to keep you riveted.

You’re Gonna Make Me Lonesome When You Go (Take 8)
After several aborted attempts, the band makes it through this twangy, countrified take straight from the Grand Ole Opry. From the boom-chikka bassline to the chicken-pickin’ guitar licks, it’s a hoot(enanny).

You’re a Big Girl Now (Take 1, Remake)
Another stripped-down affair, this sublime take features bassist Brown and organist Paul Griffin. The next take, which added steel guitarist Buddy Cage, ended up on the initial test pressing — and was later included on the Biograph compilation.

Shelter From the Storm (Take 1)
This version adds piano to the bassline that accompanied Dylan on the album version. If it sounds familiar, that’s because you heard it on the Jerry Maguire soundtrack.

Buckets of Rain (Take 2, Remake)
Stripped of the bassline that accompanies him on the original album version, Dylan puts his fingerpicked acoustic guitar front-and-centre on this lovestruck country-blues lament.

Meet Me in the Morning (Take 2, Remake)
Unlike the full-band version on the album, this take features just Dylan and Brown, emphasizing the rural folk-blues at the song’s core.

Tangled Up in Blue (Take 3, Remake 2)
Yet another bass-and-guitar version — clearly Dylan could have released the album in this configuration — this version was good enough to make the initial test pressing. It also later surfaced on the first Bootleg Series box.