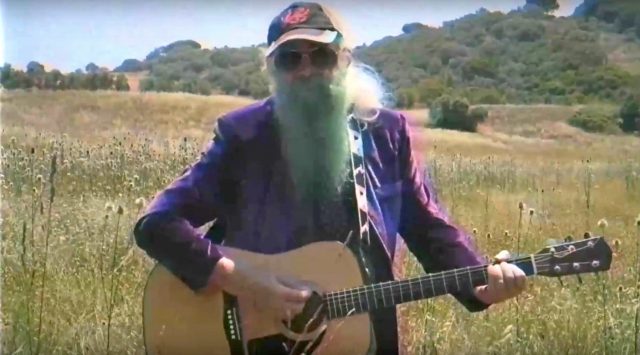 This week, out of the blue, my inbox got jammed with dozens of random missives from singers, songwriters, DJs and rappers. Turns out a music promotion firm in the U.S. had added my site to a list of places where hopeful artists could send their tunes. After making sure none of them were being charged for that, I waded into the submissions — many of which came with no info beyond a link. Here are some of the wonders that I found, with quotes from their emails and bios:

Steve Andrews
“I am a singer-songwriter who is trying to help raise awareness of plastic pollution, a problem that affects us all but that no singer-songwriters or bands are talking about in their songs. My song Where Does All The Plastic Go? was recently featured on Brian May‘s Save Me page on Facebook.” And now it’s here:

FranC GrImeS
“I’m from the southside of Chicago residing in Chino Hills, CA. I’m a son, father, husband, working man with nothing to lose and the world to gain!” Give it up for his track HardaWay:

Money Beezoe
“Money Beezoe was born February 5, 1985 in Sumter, SC raised in Dalzell, SC.. Money Beezoe heard Lil Wayne‘s The Block Is Hot when he was 15 and has had dreams of being A rapper ever since. It all started with him and his friends forming a group called Soul Assassins.” I seriously have no idea what the hell he’s talking about in this video. But I freakin’ love it. Get ready to Go Ham:

Nune aka Mr. Propane
“I’m an Indie hip-hop artist (free agent) from Louisiana … compared to Kendrick Lamar, Childish Gambino, and J Cole. Urban singles!” And a lyric video for the track If I Try ft. SooSmooth:

Ganxta C
“Ganxta C started Hip Hop while in a Dallas Texas junior high detention class in 1987. He went on to drop the E.P. STR8-HUSLA in 1993 then in 95 GANKSTA C-STEPCHILD.” This is some serious OG stuff right here:

Massimiliano Paternò
“am an italian songwriter i send you my songs hoping you like it for rewew, best reguards let me know something.” Get out your jaw harp and play along with his song USUD:

No-Body
“Please find herewith >> An introduction track >> A big thank for listening.” You’re welcome. Thanks for the playful electronica:

Dcamp
Another submission with no info, but he appears to be a New Orleans rapper. And he’s got a rapid-fire drawl. Check out his track No Games:

Toks Nnamani
“Engineer, Singer, Songwriter and Recording Artiste. He is popularly referred to as an Entrepreneur by day and a Recording artiste by night. His Debut Single Joy still resonates with many and has reached out to countless people across all works of life, sending a message of Hope and Restoration across the Nations.” Share his love (And his Love Of random Capitalization):

AntoineRNB
“AntoineRNB is a Rhythm and Blues artist from New York. His music is currently being played internationally on the radio. He is building a solid fan base online with his smooth sound. His song Let Me Live has gained national attention and it has been featured on major news media.” Then this is a step down for him: