Home Hear Charlotte Sands Knows Everything Will Be Alright Someday

Charlotte Sands hopefully eyes the light at the end of the tunnel in her ethereal pop anthem Alright — showcasing today on Tinnitist.

“I want to be the big sister to those who feel like freaks,” the pop-rock singer-songwriter reveals. “My intention with my music is to create a safe space for people to feel accepted and celebrated for their weirdness and diversity. When people feel seen and supported, the world becomes a better place.”

Charlotte always felt like a lone wolf outside of her loving family’s home. She was desperate to fit in during middle school and high school, but aimlessly floated around on the margins of social circles. Yet, today the electric-blue-haired artist is seemingly a life raft for Gen Z-ers and beyond, who are plagued by these same feelings of angst, anxiety, and alienation. Through tireless hard work, self-reflection, and a winding journey that included stealing her mother’s car; missing a crucial flight; and taking a chance on social media, she channeled those haunting feelings into her most powerful work yet.

MTV called 2022 a “banner year” for Charlotte, and it’s easy to see why. She played 103 shows, including national and international summer tours opening for big-name artists like Yungblud and My Chemical Romance in front of 32,000 people; a fall headlining tour across North America with many sold-out shows; and festival performances at Bonnaroo, Forecastle, Austin City Limits, South by Southwest, So What!, Boston Calling and Riot Fest. Now, 2023 is almost booked up with a fleet of international dates.

Charlotte’s kaleidoscopic songs are fizzy and irresistibly hooky, sublimely atmospheric, angsty, emo-tinged, punky, and metallic, often in the same song. Her music breaks down biases and stigmas often associated with pop. “My songs are my feelings written down. Often, they’re fun songs you can jump around to that also have depth when you allow yourself to connect to them,” she shares.

Many discovered Charlotte in 2020 on TikTok through her single Dress. The track was an invigorating f-you to the uptights who were aghast about Harry Styles wearing a dress on the cover of Vogue. Dress embedded itself in the U.S. pop charts for 10 weeks and was played internationally on 200-plus multi-format stations, making it one of the biggest independent stories of the year. To date, Dress has amassed 35 million-plus streams.

But Charlotte’s career didn’t start with the overnight success of a viral song—she has been grinding it out for nearly a decade, and her success is a testament to her broadly resonant messaging and her tireless work ethic. Since, 2018 Charlotte has released 27 singles and 2 EPS, covering a wide swath of creative real estate with her trusted longtime producer Danen Reed Rector, along with a motley assortment of creative conspirators spanning alt-rock bands such as Underøath and Sleeping With Sirens to pop and alt artists like Mokita and The Maine. Her catalog has amassed over 135 million cumulative streams, averaging 1.9 million listeners per month.

When the pandemic hit, Charlotte was faced with the difficult decision to either stay alone, isolated in Nashville with an uncertain future, or go back home. While booking her flight, she was also working with Danen, and a piano melody he was playing lured her to stay. That musical motif became Alright, and her lyrics reflect the desperation she was feeling at the time. “Through writing that song, I made a choice for my future self. It was the light at the end of the tunnel — and now I am in that light,” she marvels.

These days Charlotte has finally found the community she craved growing up, and she created it herself for other social misfits. “I was bullied as a kid, but I’ve realized now the support I was seeking as a teen is here,” she says. “This is all bigger than me, and this past year of shows I’ve been able to actually meet people I’ve interacted with online, and that’s given me a lot of hope in humanity.”

Alongside the release of Alright, Charlotte has announced a partnership with the JED Foundation, a nonprofit that works to protect emotional health and prevent suicide for teens and adults, in hopes that the song will help remove the stigma around mental health within her fanbase. The partnership will include limited-edition Charlotte Sands x JED Foundation merchandise, with a portion of proceeds benefiting the nonprofit. “We wrote this song with the hope that it could remind even one person that life does go on and nothing is forever,” Charlotte adds. “The future can be so daunting especially in times of uncertainty, and it can so often feel like you’re stuck without a way out, but this song is a sign to keep moving forward because it will get better.” 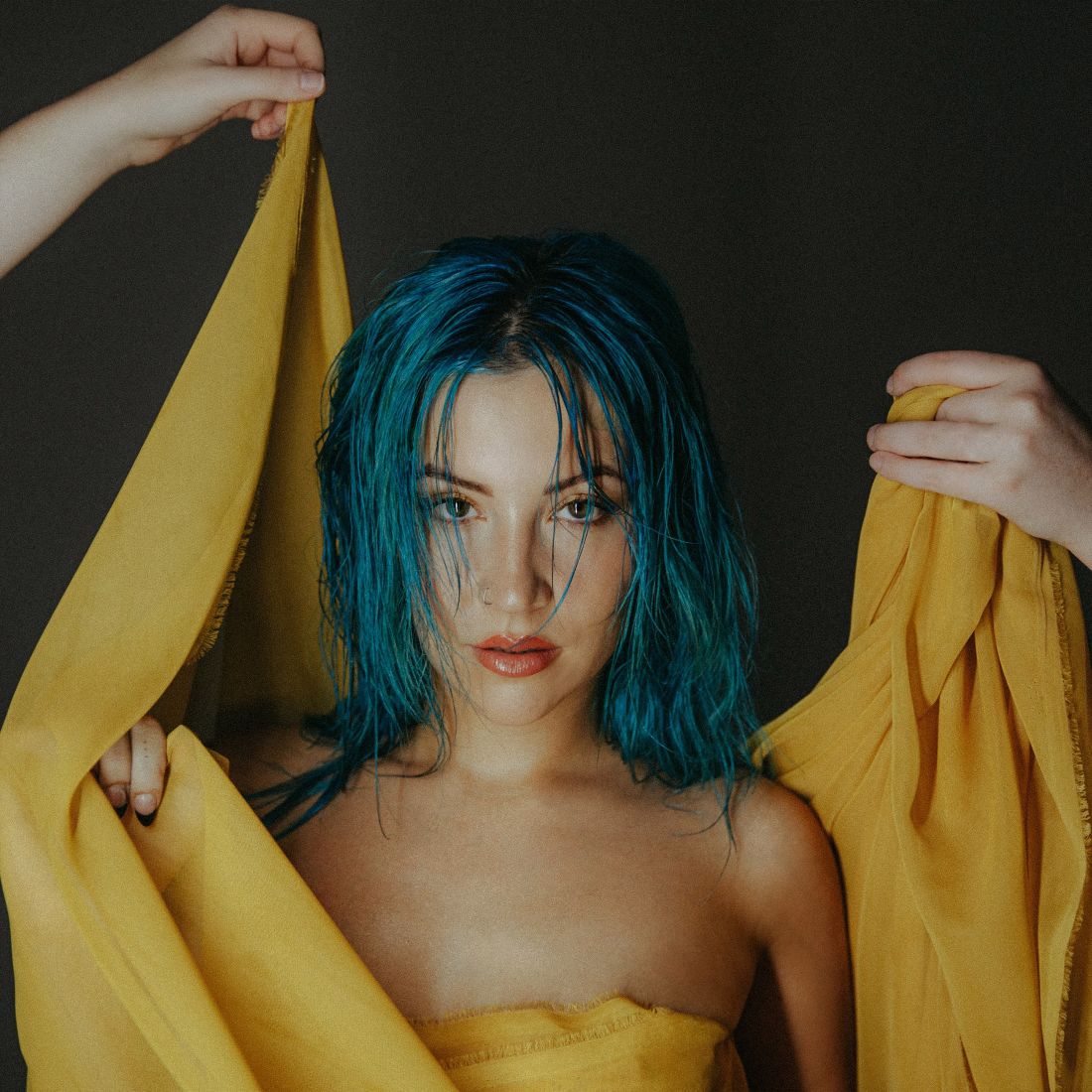