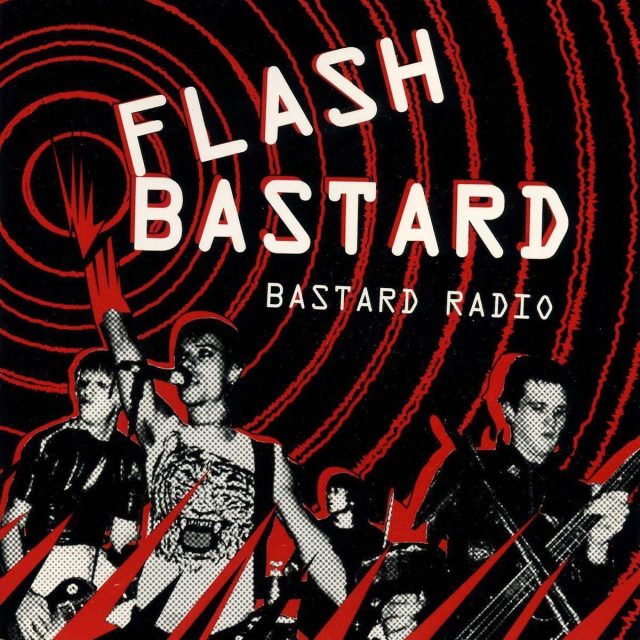 According to their bio, Vancouver glam-punks Flash Bastard once got kicked off a tour with The Scorpions for (and I quote) “harassing, insulting and physically threatening” the band — which included calling singer Klaus Meine (I quote again) “a little bitch.”

Hell, even if they couldn’t play a note, they’d still be my favourite new band based solely on that. But even one casual spin of the sophomore album Bastard Radio lets you know they can rock the rock as well as they trash-talk. Bursting out of the starting gate with the Mötley Crüe-inspired riff ’n’ roll of Down To The Wire, the boys strap on their Les Pauls, hike up their leather pants, rip their T-shirts a little more and proceed to preen, pose and sneer their way through dozen glam-metal anthems with titles like Bleed On The Beat and Street Fight Summer, all fuelled by windmilling guitar chords, snappy propulsive beats and a singer who sounds like he’s putting on mascara with one hand and shooting drugs with the other. What a magnificent bunch of Bastards.