Home Read Classic Album Review: System Of A Down | Steal This Album 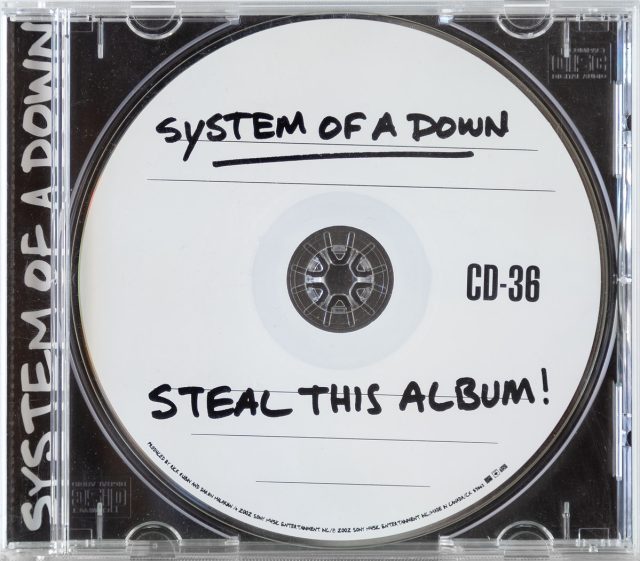 Don’t try this at home, kids — though one can understand why you might be tempted to take Armenia-American alt-metal sensations System Of A Down at their word and try for a five-finger discount on their new album.

Reason No. 1 Why You Shouldn’t Bother To Shoplift This: It isn’t really their new album — it’s a bunch of old demos and stuff that didn’t make the cut for last year’s Toxicity. Reason No. 2: The packaging. Or should I say the lack of — there’s no booklet, no liner notes, no photos, nada, zip, zilch. Kinda makes you wonder just who is ripping off whom here. Thankfully, all doubts are dispelled once these cuts start pumping out of your speakers. Despite being leftovers, pound for pound and grind for grind, many if not most of these 16 songs are every bit as sinister, savage and supercharged as anything from Toxicity, right down to the serpentine Middle Eastern melodies and vocalist Serj Tankian’s pointed lyrics and idiosyncratic vocals. Despite all that, here’s Reason No. 3: It doesn’t hang together the way an actual record should. Perhaps a better title would have been Buy This Album On Sale.