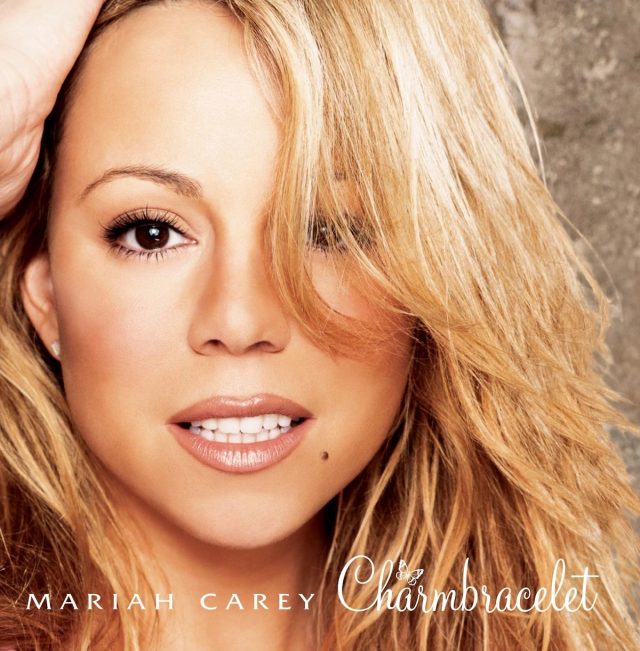 Near as I can tell, there were about 15 people on the planet who appreciated and enjoyed the retro-funk of Mariah Carey’s last album Glitter. Just for the record and in the interest of full disclosure, I would like to note that I was on that very small list. Which is probably as good a way as any of establishing that I’m not your typical Mariah fan.

So who is? Well, if the folks you see in the front row of her concert videos are typical, Carey’s fan base has always consisted of teenage girls who want to be her and teenage boys who want to be with her. And those dependable supporters are who she’s targetting again with both barrels on her comeback album Charmbracelet.

That’s hardly a surprise. After all the turmoil of the past couple of years — a divorce, a record-label change, a universally panned movie and album, and that very, very public meltdown — it’s no wonder Mariah has retreated to a safe haven on this 15-song effort. But after listening to yet another bland collection of silky, overblown ballads and forgettable featherweight hip-hop, it’s hard not to wonder if she’s playing it too safe. And after listening to her oohing and aahing and cooing and moaning and humming and squeaking and twittering and sighing for a solid hour like a cross between an angel, an exotic bird and an adult film star, it’s hard not to wonder about something else: Whether or not she’s playing with a full deck.

Speaking of bizarre sounds, there is one moment of absurdly enjoyable freakiness amid all the cloying treacle and musical predictability: A breathy cover of Def Leppard’s classic power ballad Bringin’ On The Heartbreak, complete with lightly crunchy guitars and hilariously serious strings. For the sheer cheese value alone, you gotta love it. And I bet there are about, oh, 14 people on the planet who would agree with that opinion.