Home Read Classic Album Review: King Crimson | Happy With What You Have to... 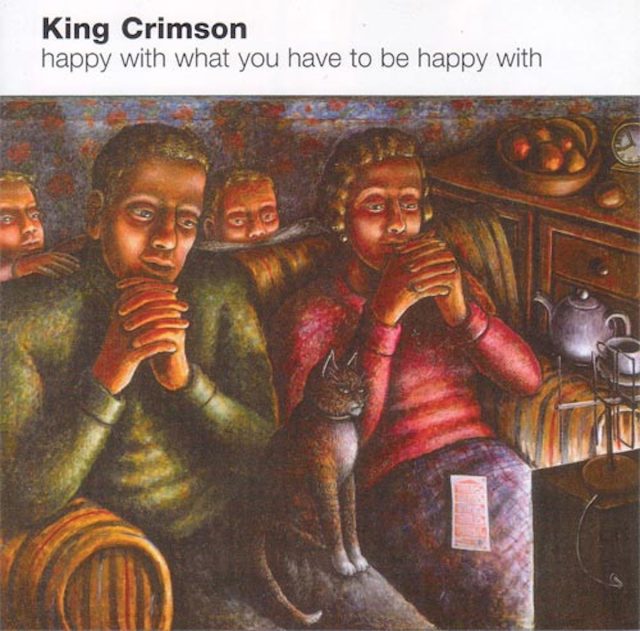 The professorial English guitarist has released about two dozen CDs in the past few years — live albums, studio recordings, rehearsal tapes, reissues of old LPs, you name it. Trouble is, it’s been longer than two years since he made a truly great album. But if his new EP Happy With What You Have to be Happy With is anything to go by, it might not be long until his next one. A precursor to the forthcoming EleKtriK album, Happy has everything you want from a King Crimson disc: A couple of elephant-sized, tongue-in-cheek pop-rockers featuring offbeat vocals from guitarist Adrian Belew; a bunch of Fripp’s algebraic time signatures, stop-start arrangements and prestidigital arpeggios; a few Frippertronic vignettes; a new live version of Larks’ Tongues In Aspic (Part IV); a gorgeous Beatles-style acoustic number; and even a mutated blues workout. With all this in just 34 fat-free minutes, it’s easy to be happy with this little treasure.