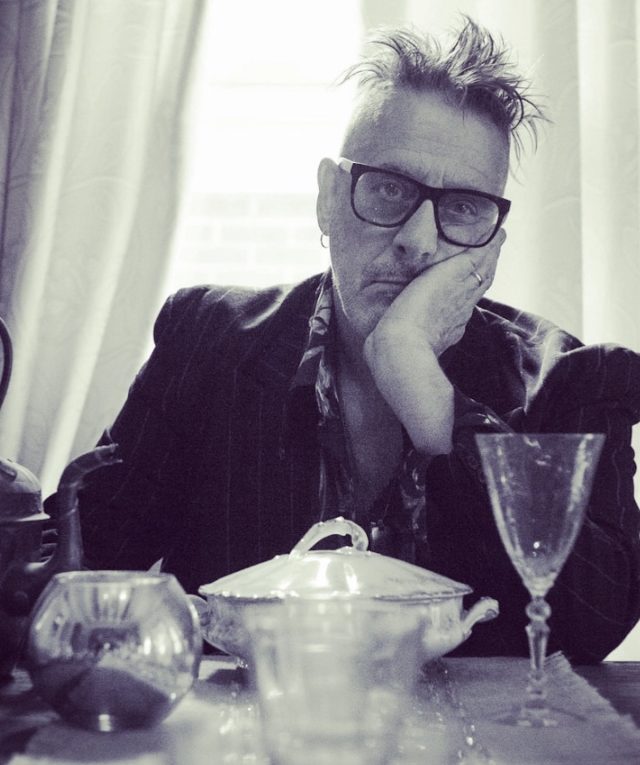 Stuffy Shmitt knows we’re all just Food For The Mosquitos in his dark, stark and unsettlingly weird new single — premiering exclusively on Tinnitist.

The latest preview of the oddball Nashville singer-songwriter’s upcoming album Cherry, Food For The Mosquitoes is a dose of bleak, absurdist psychedelic synth-folk that would feel right at home on a classic Ween album. Perhaps fittingly, the song hit landed close to home for Shmitt.

“When I first moved from New York to Nashville, our neighbor was this super-redneck dude Donnie,” he recalls. “One day, he was in the backyard, and I could see him standing there with his big pink belly hanging out, and his Tennessee Titans cap on, and he was motionless, like a statue, so I said, ‘Hey, Donnie, what you doin’?’ And he just said, ‘I’m food for the mosquitos.’ Whoa — ‘I’ve got a redneck giving me Shakespeare here,’ I thought. ‘This is trippy. Better write that down.’ It was just so desperate and bleak — and funny.”

Those adjectives — along with plenty of other, more upbeat ones — apply handily to Cherry, which beams in from beyond Feb. 24. Refreshing and unexpected, the album is an engaging amusement park of songs influenced by everyone from Harry Nilsson and John Lennon to Tom Waits, Warren Zevon and War. Guided by Stuffy’s charmingly off-kilter brain, Cherry invites you to join his party as he insistently chases good times, mischief and electric moments of instant gratification.

“Everybody wants to pigeonhole an artist,” Stuffy says, “which I suppose makes a lot of sense commercially — you know, if you like this tune, he’s got another one that sounds just like it. But I wasn’t going to do that. I was going to do whatever the fuck I felt like. I took more of a ‘no filter’ approach, trusting the songs that came out, and not cluttering up the process with ideas about what the music industry or anybody might think. Who cares? Make art. Dive in the deep end. Turn it up. Go on a supersonic joy ride. I mean, the music biz is nearly impossible to negotiate these days. Forget it. I’m done worrying about it. I just want to have fun making music with my friends.”

And coming off the past few years, who can blame him? In the chaotic shadow of the pandemic, after a tornado leveed his East Nashville neighborhood and a bomb took out two downtown Nashville city blocks, Shmitt released his last album, the ironically titled Stuff Happens (2020). While that album was admittedly about purging past demons, once the world opened up again, Stuffy felt remarkably unstuck. “It was like we were emerging from a zombie apocalypse,” he says. “I had this incredible rush of freedom. C’mon, let’s go! Let’s color outside the lines. Let’s run and fly and lift this shit up and feel crazy good alive. I felt like everyone needed to remember how to have fun. Remember fun? I needed fun.” 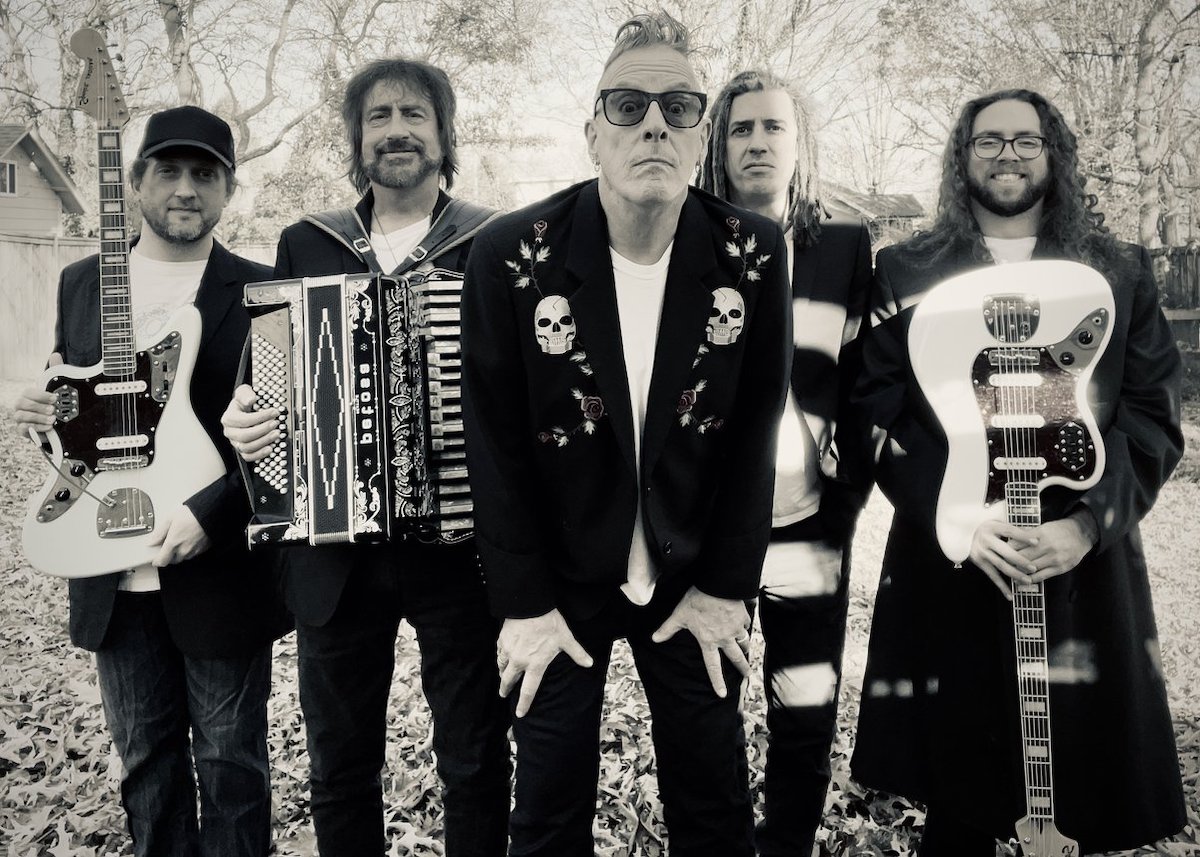 In that flash of inspiration, the eclectic, textured grooves of Stuffy’s Cherry were born. The disc features some of the finest players in the Nashville underground, who also happen to be some of his closest friends. “It was like somebody let the boys out,” Stuffy says. “We made our escape, and then cranked it up. Cherry is the sound of me and my gang being free and having a blast — not following any rules, trusting each other and being in the moment with the songs.”

This unrepentantly cavalier attitude has always bubbled beneath the surface for Stuffy, who could be the definition of an untethered independent artist. But this most recent unmasked incarnation was fueled by a conversation he had with his buddy, singer-songwriter Aaron Lee Tasjan. “Aaron played guitar in my band in New York, and we both moved to Nashville around the same time,” Stuffy says. “One night, we were sitting on my porch discussing our music careers, and it was such a depressing rap. I said, ‘Well, OK, I guess we’re fucked.’ He paused, then looked at me and said, “Or… we’re free,” and I thought, ‘Well, whaddaya know about that?’ So, these days, I’m being free.”

Cherry was produced by Stuffy, Dave Coleman (guitar, vocals) and Chris Tench (guitar), and features Peter Hawkins and Dave Colella on bass and drums respectively, plus Michael Webb on keys and accordion, Dick Aven on sax and more. The sessions that led to the album began (under fleeting moniker The Acorn Club) with the modest goal of recording a two-sided single for kicks — just a party in the studio with some close pals. But you know it is — once you get started, stuff happens. 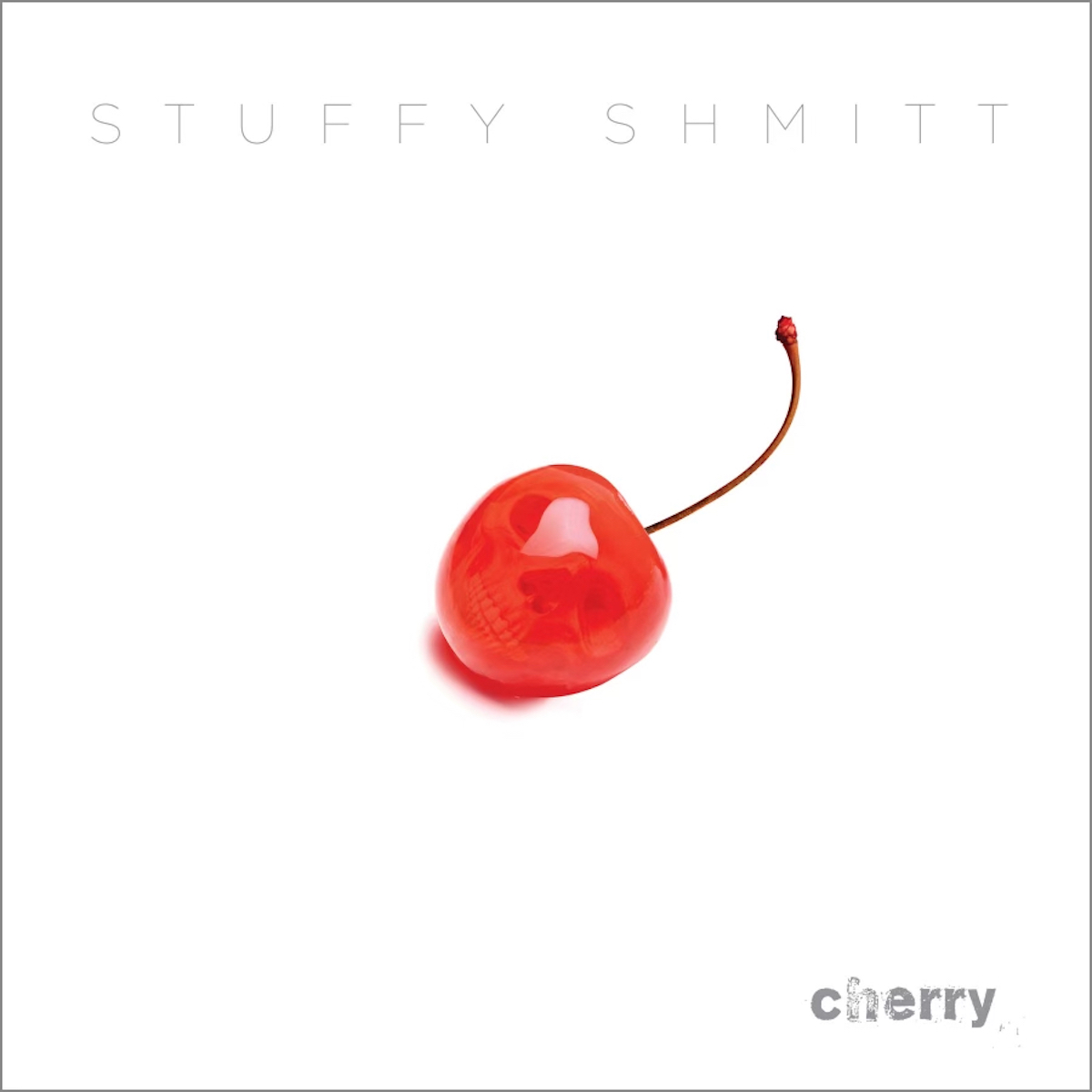 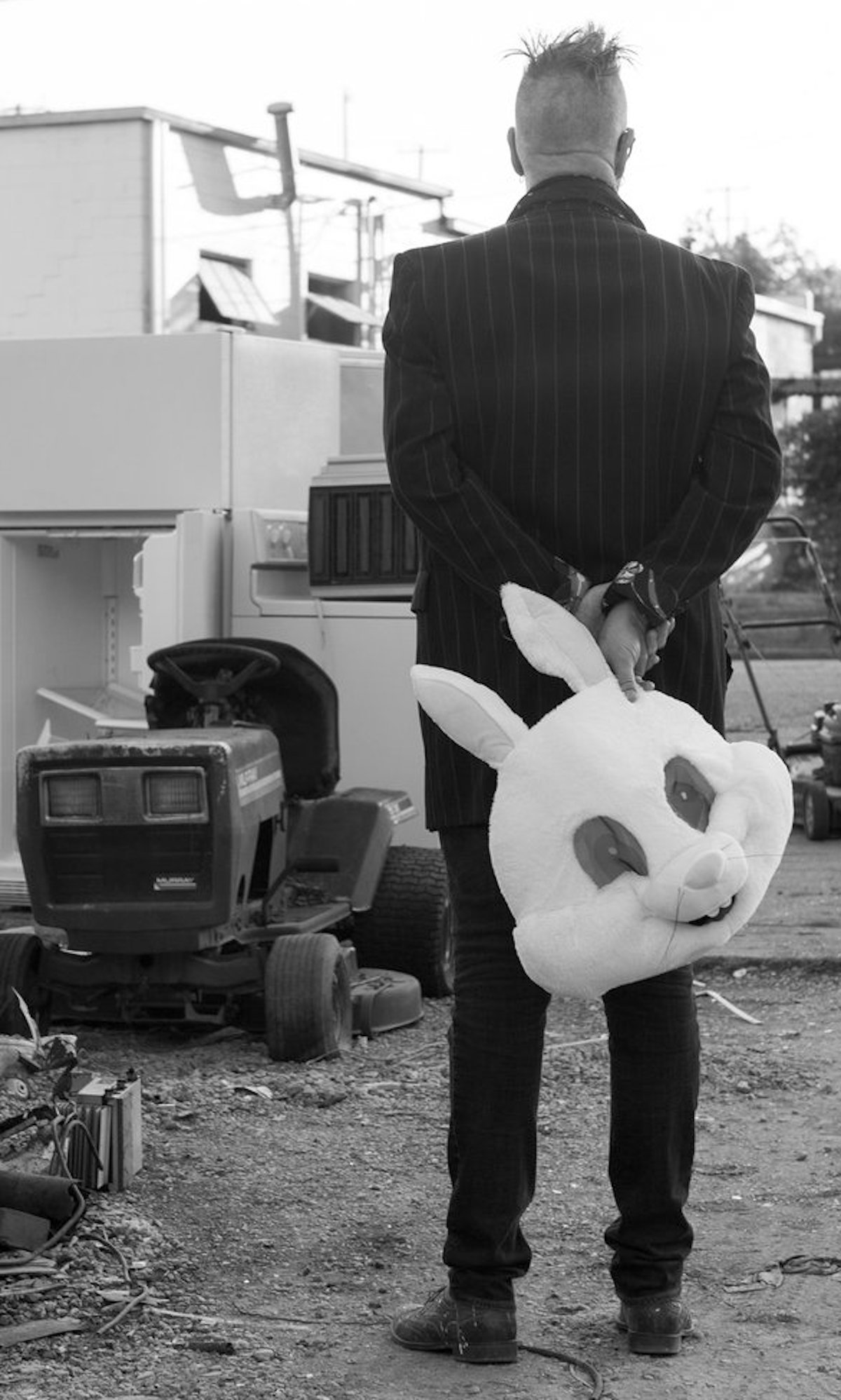