Home Read Albums Of The Week: The Flaming Lips | Yoshimi Battles the Pink... 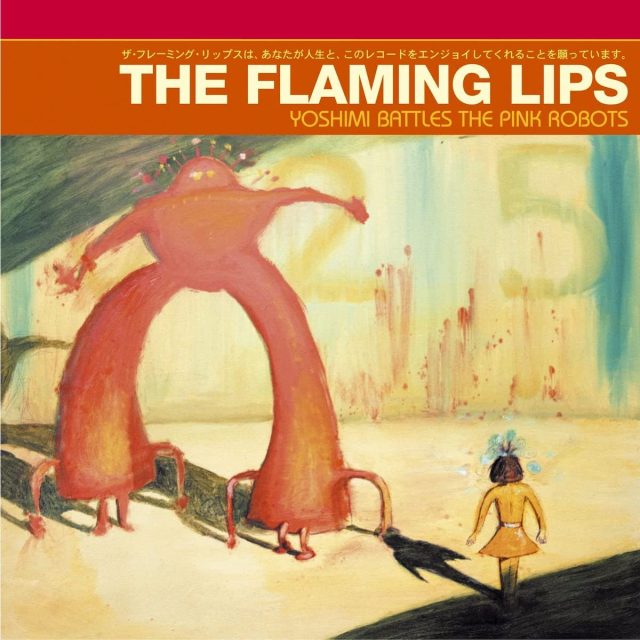 THE EDITED PRESS RELEASE: “Released in July 2002, Yoshimi Battles The Pink Robots remains the commercial high-water mark in The Flaming Lips’ wild four-decade journey, giving the Grammy winners their first RIAA-certified gold record. As the eagerly awaited followup to 1999’s masterwork The Soft Bulletin, Yoshimi proved that singer-guitarist Wayne Coyne and multi-instrumentalist Steven Drozd had yet another masterpiece in them.

Yoshimi Battles The Pink Robots is a sci-fi-themed quasi-concept album that cast The Flaming Lips’ most playful and profound songs to date in a swirl of ambient electronics, digital beats, and psychedelic splendor. The record yielded the band’s top-streamed track Do You Realize?? (a timeless stargazing anthem that, in 2009, was named the Official Rock Song of the band’s native Oklahoma) and also landed the Lips their first Grammy win for the album-closing instrumental Approaching Pavonis Mons by Balloon (Utopia Planitia).

Now, The Flaming Lips are celebratign the 20th-anniversary of their classic album with an expansive 100-track box set that also includes B-sides, demos, remixes, radio sessions, two concerts, and other assorted rarities. The CD set includes over 50 previously unreleased tracks and dozens of rare tracks. 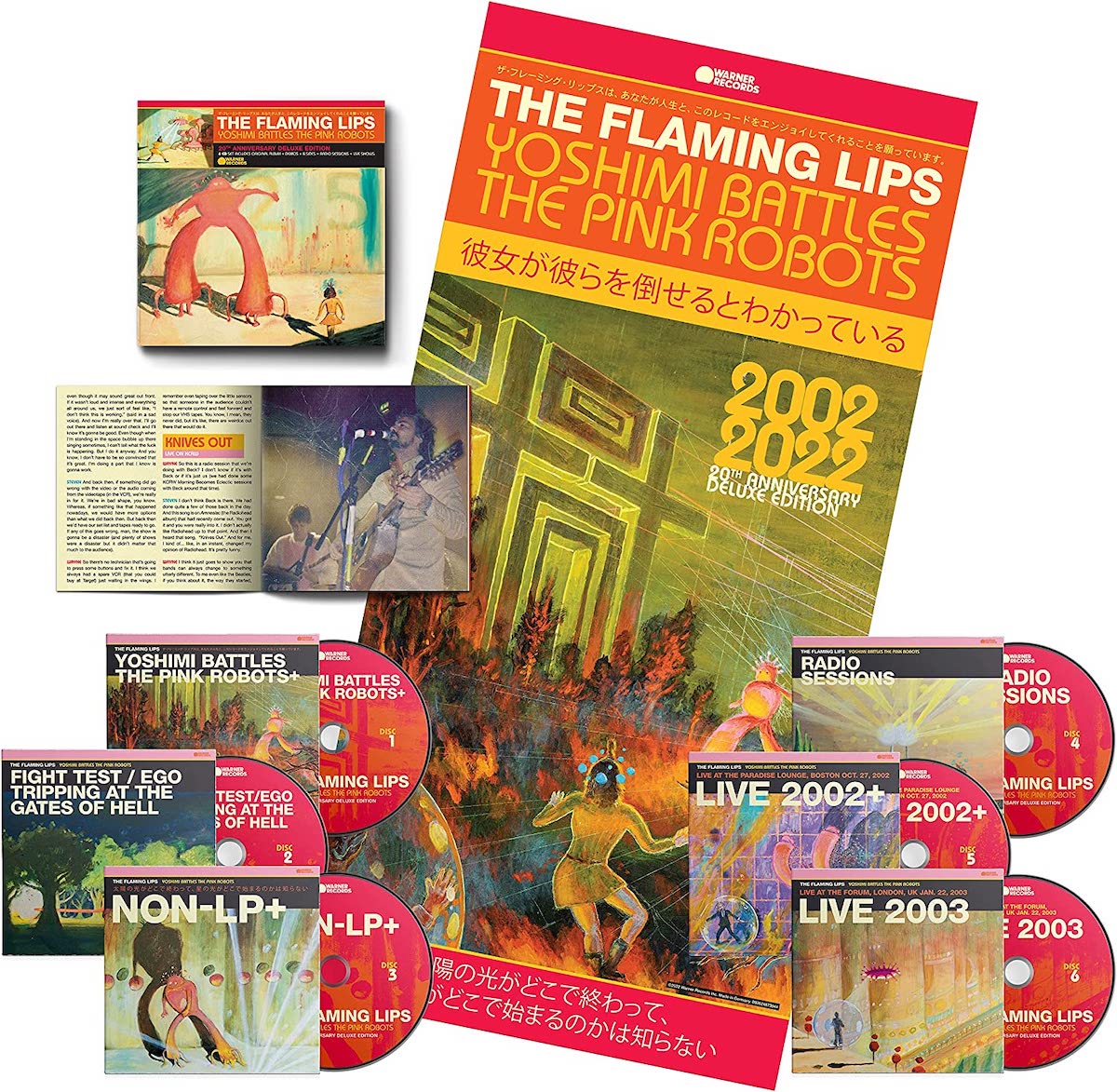 The 20th Anniversary Deluxe Edition provides a complete 360-degree view of the band’s creativity during this period. Several unheard demos show a rare peak at the band’s creative process. The box set also collects B-sides and outtakes, from epic fan favorites like Assassination Of The Sun to fun, folky serenades like Thank You Jack White (For the Fiber-Optic Jesus You Gave Me). There is also a treasure trove of radio sessions including idiosyncratic overhauls of Pink Floyd’s Lucifer Sam and Breathe, Radiohead’s Knives Out and Kylie Minogue’s Can’t Get You Out of My Head. In addition, the set includes a lush instrumental version of Do You Realize?? that has been requested by fans to play at both weddings and funerals.

Of special note are the two concert discs, which showcase the two sides of The Flaming Lips’ ever-enlarging brain: The endearing, intimate storytellers (captured in a banter-heavy 2002 private show for a small crowd of radio-contest winners in Boston) and the masters of thundering, confetti-strewn stage spectacle (as heard in an electrifying 2003 performance at The Forum in London). As a whole, Yoshimi Battles The Pink Robots: 20th Anniversary Deluxe Edition is an essential portrait of rock’s most restlessly creative band at the peak of their powers.”