Home Read Albums Of The Week: Elvis Costello And The Imposters | The Boy... 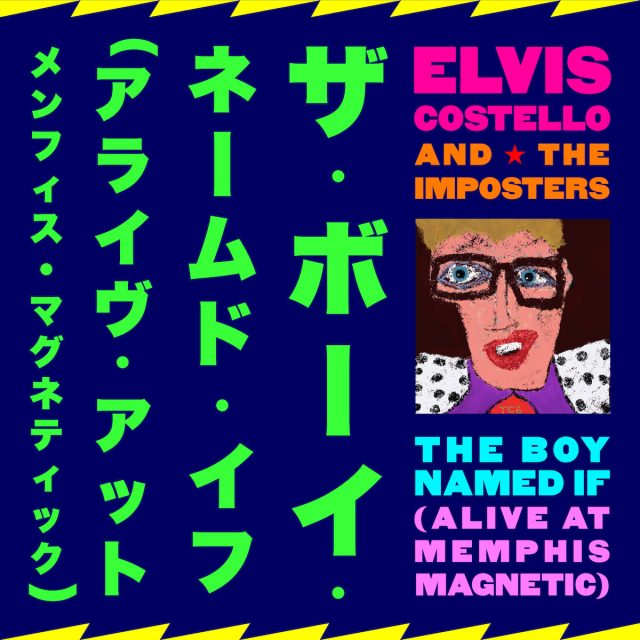 THE EDITED PRESS RELEASE: “Elvis Costello & The Imposters’ The Boy Named If (Alive at Memphis Magnetic) is a companion to January’s Grammy-nominated release The Boy Named If. This new album features live-in-the studio renditions of TBNI songs, a version of Costello’s Every Day I Write the Book, numbers by The Rolling Stones, Nick Lowe, The Byrds and Paul McCartney, and a new remix by the Japanese duo chelmico.

Recorded live-in-the-studio during tour rehearsals at Memphis Magnetic Recording in October 2021 and May 2022, the album captures the band playing, as Costello puts, “Some of our favourite songs while negotiating with any tricky angles in our new tunes.” Read Costello’s essay about the record below:

“When The Imposters and I entered Memphis Magnetic studio in October 2021 it was the first time we’d been face-to-face or side-by-side while playing the songs from The Boy Named If. That album had been recorded over “electrical wire” in late 2020 from our respective lairs and cupboards under the stairs but now we were in Memphis on pretext of rehearsing for our first full tour ever since the world ended in March 2020. Now we were three days from opening on the Soundstage at Graceland, but what better way to prepare than playing some of your favourite songs while negotiating with the trickier angles in our new tunes.

In the summer of 2021, we’d invited Charlie Sexton to join us on the guitar when we were unable to obtain Steve Nieve’s Letters Of Transit from France to play a couple of shows and liked the outcome so much that we all agreed to proceed as a quintet. We set up with stage monitors, a plan that Pete Thomas and Steve Nieve would have recognized from the Blood & Chocolate sessions, only without all the sulking and sniping. 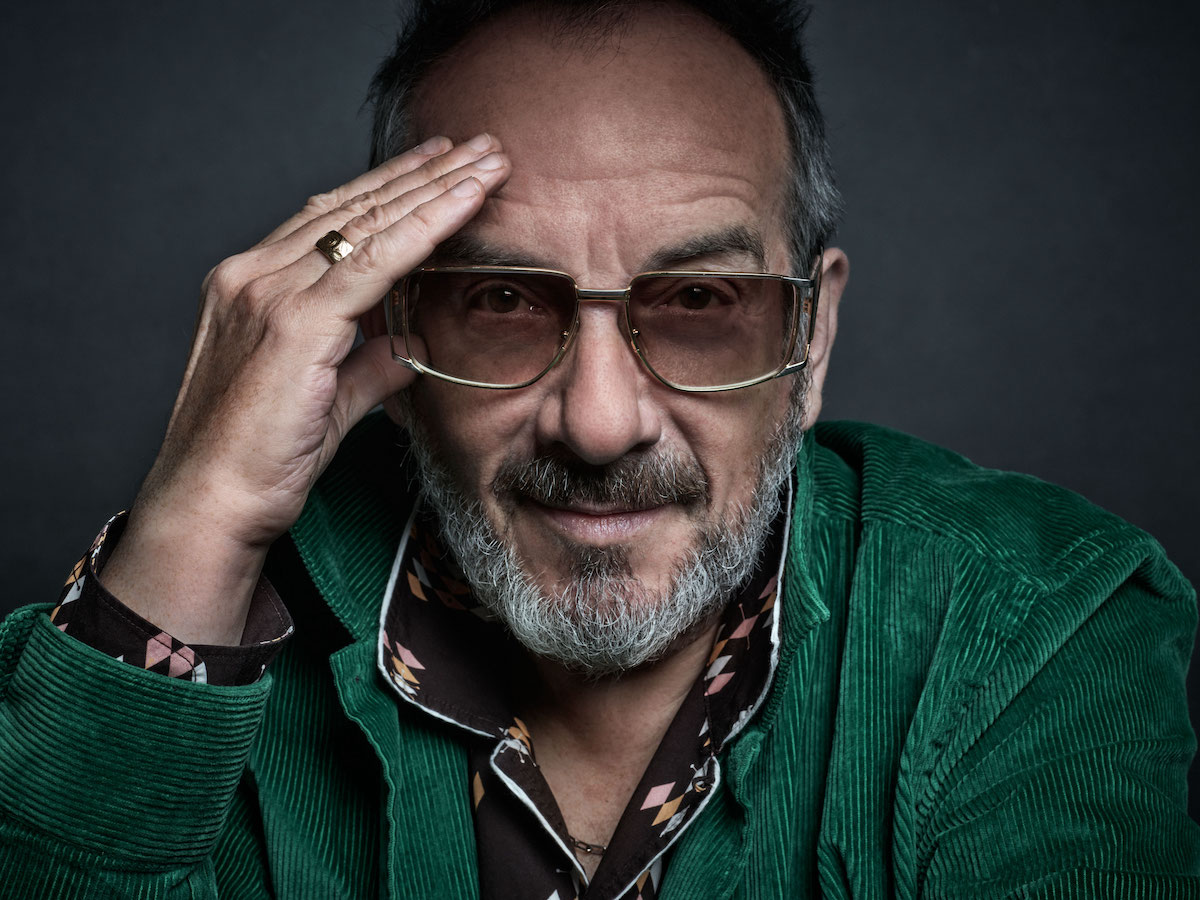 Now, Pete Thomas once vaulted over a fence to retrieve a brick from the demolition site of the original Stax Studios building. He told any musicians with a faltering groove in his own basement studio — Bonaparte Rooms East — “That brick has heard, (Sittin’ On) the Dock Of The Bay. We celebrated our return to the city by Pete and Davey Faragher putting a little Memphis magnificence into Everyday I Write The Book, with Steve leading us on the Hammond and Charlie filling in around my voice, one of a number of repertoire songs that we re-arranged for the tour.

The album The Boy Named If set out to be an antidote to our mutual isolation. Now with my co-producer Sebastian Krys and his assistant Daniel Galindo in the Memphis Magnetic booth and our road crew tight to the walls of the studio or in the hallway outside, we put on the red light and began finding our way around these new numbers in the same room and at the same time, and shaking off a little dust by tearing through songs like Nick Lowe’s 1976 Dutch release Truth Drug.

Having played our first appearance of 2022 at JazzFest in New Orleans before celebrating the opening of the Bob Dylan Centre in Tulsa and even working up an encore of Like A Rolling Stone in the dressing room of Cain’s Ballroom, we had now returned to Memphis Magnetic to rehearse for upcoming U.K. and European dates and while we let The Imposters and Charlie loose on the Hey Clockface numbers that I’d recorded alone in Helsinki but would now earn their place in the coming shows before lighting Indoor Fireworks with a different match and finding a minor mood in Brilliant Mistake and filed them away for a future collection called King Of America & Other Realms.

It seems we remained in a freewheeling mood as we cut Out Of Time, the Jagger/Richards tune that I first learned from Chris Farlowe’s Immediate Records release, to which I later added, tambourine, maracas, a second piano and a few other tricks and diversions, after all, we were in a recording studio. We certainly got the sense of where a tune like, What If I Can’t Give You Anything But Love? might be headed from night to night, when Charlie opened up on his guitar solo.

In the evening I returned to my room at the Peabody Hotel and over the next three nights, I heard seven new songs ringing ‘round the walls, but that’s a tale for another day…

At the October 2021 sessions, we’d crashed out of Penelope Halfpenny into The Byrds’ So You Want To Be A Rock & Roll Star, now we did something similar, as Paul McCartney’s Let Me Roll It emerged from The Boy Named If. At the end of the final session, we turned off the monitors entirely and recorded a hushed birthday card serenade of Here, There & Everywhere.

Meanwhile, on the other side of the world, chelmico had been working away on a complete re-model and re-fit of Magnificent Hurt. Over the last few years we’ve presented some of my songs in other languages on the album Spanish Model and the French EP La Face de Pendule à Coucou, but this track is something of an entirely different stripe.

One of the gifts of the recent interlude from the traveling life has been the time gathered around the family jukebox, a stack of vinyl or the comic book world of film entertainment. While his brother and mother were elsewhere working on their own schemes, my son Frank and I worked our way through the entire anime series Keep Your Hands Off Eizouken!, an ingenious look at every aspect of animation from storyboarding to the final cut, through the eyes and escapades of three young Japanese students. Each episode kicks off with the chelmico track Easy Breezy a cool flow of verses and rhymes over a beatbox and some slide guitar. A couple of calls later and I found myself on a video conference to Tokyo with Mamiko and Rachel and was delighted that they agreed to work up their own version of Magnificent Hurt. My only directions were, “You can do anything you want. Cut it up. Turn it round. Wipe it out. Say anything you want. You can’t be wrong.”

As you will hear, the song is now an entirely different story in both words and music, re-harmonizing my interjections between their verses and it is this new Japanese model of the song that closes the storybook on, The Boy Named If (Alive At Memphis Magnetic)”. 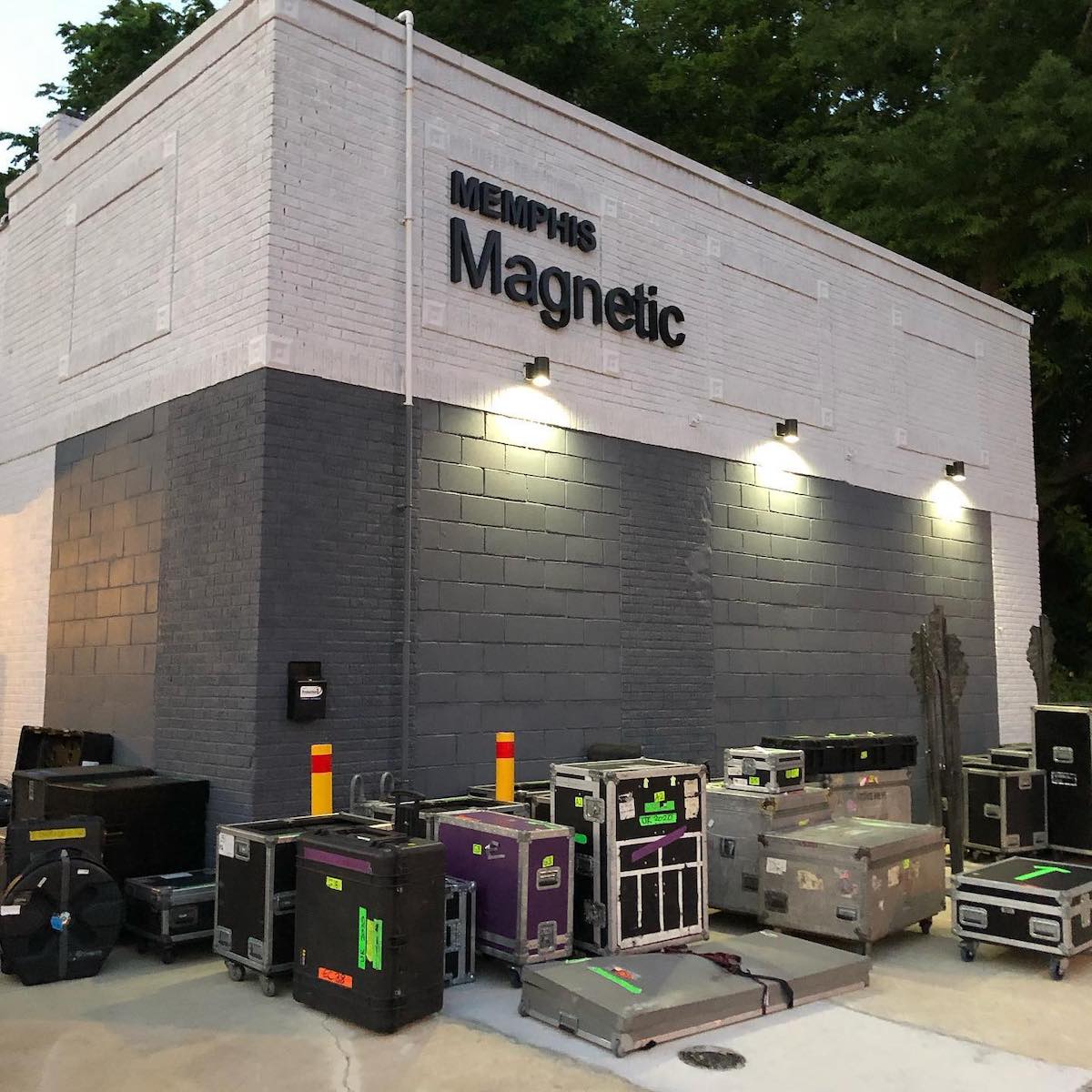