Home Read Albums Of The Week: The Mirage | The World Goes On Around... 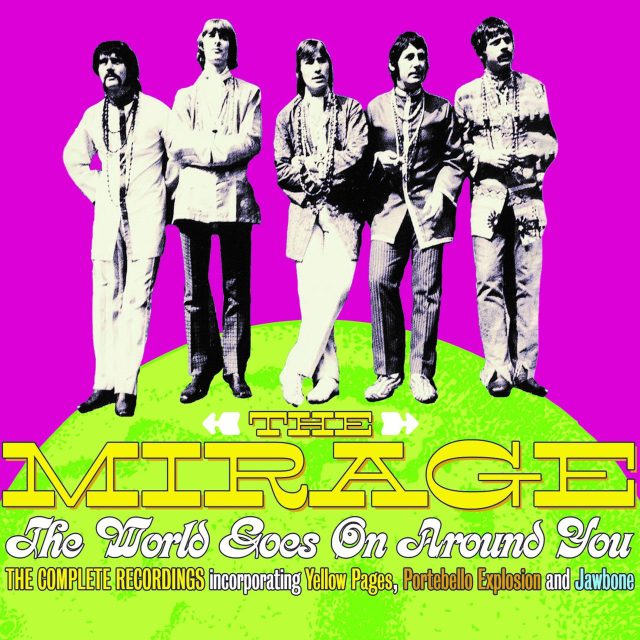 Forming a friendship with The Hollies, The Mirage cut a couple of singles for CBS before James and his regular business partner, Kinks/Troggs manager Larry Page, oversaw the band’s subsequent, heavily Beatles-influenced releases on the Philips and Page One labels. The Mirage then moved over to Mervyn Conn’s Carnaby label, where they cut a single as Portebello Explosion before releasing a 1970 album under the name Jawbone.

A lavish three-CD digipack set, The World Goes On Around You is the first-ever complete Mirage anthology, featuring all of their singles, the Jawbone album, numerous studio out-takes, alternative versions and BBC sessions.

The package includes previously unseen Mirage photos and a 7,000-word essay on the band based around a new interview with guitarist Ray Glynn, who speaks for the first time of their involvement with the film Georgy Girl and their appearance alongside Jefferson Airplane at the first Isle of Wight Festival. It’s the final word on a hugely collectable, highly regarded U.K. psychedelic pop band.”