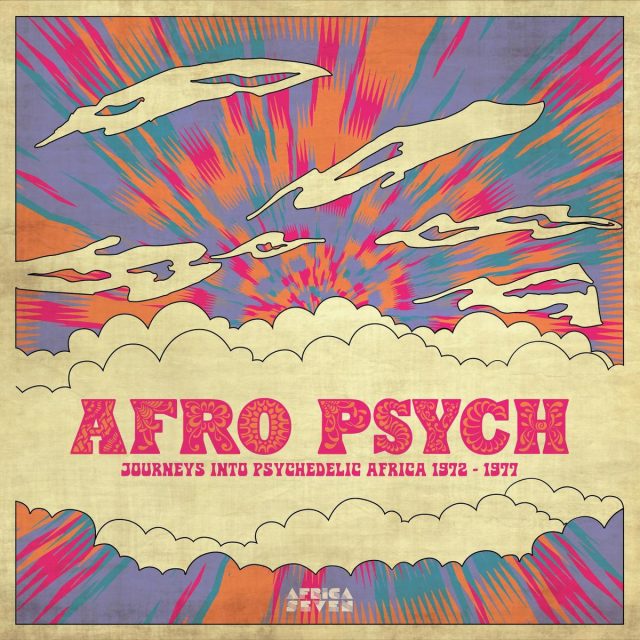 THE EDITED PRESS RELEASE: “While the continent’s contribution to the global funk, boogie and disco canon has been well documented for decades, the strong presence of rock and psychedelia in 1970’s African music has been a more slowly evolving story over the years.

Pockets of young Africans, turned on by Jimi Hendrix, The Doors, Santana and more, started to add heavy guitar riffs to rumbling, everpresent funk, and built an Afro-psych scene that is still turning up gems to this day.

With Lagos an epicenter for the emergent scene, in 1972, local headquartered label Afrodisia was born near to the eye of the storm, and provides many of the tracks on this latest attempt to capture a bit of afro-psych magick.

From there, tempos and moods shift throughout. The Oriental Brothers International’s freewheeling Tax Drive is underpinned by tight playing and insistent grooves; Saxon Lee and the Shadows International combine James Brown-style brass with what sounds like long, improv’d hammond sections across the near-10 minutes of Mind Your Business.