I toss a great deal of word salad in these reviews about album production and personnel. So here, finally, is an opportunity to take a deep dive into a record of just songs.

Remember in high school, there was that guy who got his own apartment? I knew a few of those, either because they were kicked out or just decided they could no longer be themselves at home. These apartments were great places to hang — skip school, pre-drink before a party or show, or just hang out, smoke cigarettes, drink coffee and listen to music.

Recently I was excited to find a vinyl copy of the original Billy Bragg Peel Sessions EP on the Strange Fruit label. I will forever associate this record with the teenage apartment of three friends of mine, above a convenience store in west end Pembroke. I believe theirs was a cassette copy, which is probably why I never stole it. Also because it was one of the few I actually liked, amidst the in-and-out-of-cases scattering of This Mortal Coil, Smiths and Dead Can Dance CDs and tapes.

Bragg was a featured performer on John Peel’s legendary BBC radio program many times, and there are several releases of his — I think 11 — appearances. Most commonly, there is a compilation of them all. But I was after the original one, recorded in late July 1983, first aired a week later but released on vinyl in 1987 in a familiar, iconic text-only package. I have a few of them from this series: Syd Barrett, Joy Division, Wire and The Buzzcocks (the version of Mad Mad Judy on this is incredible). 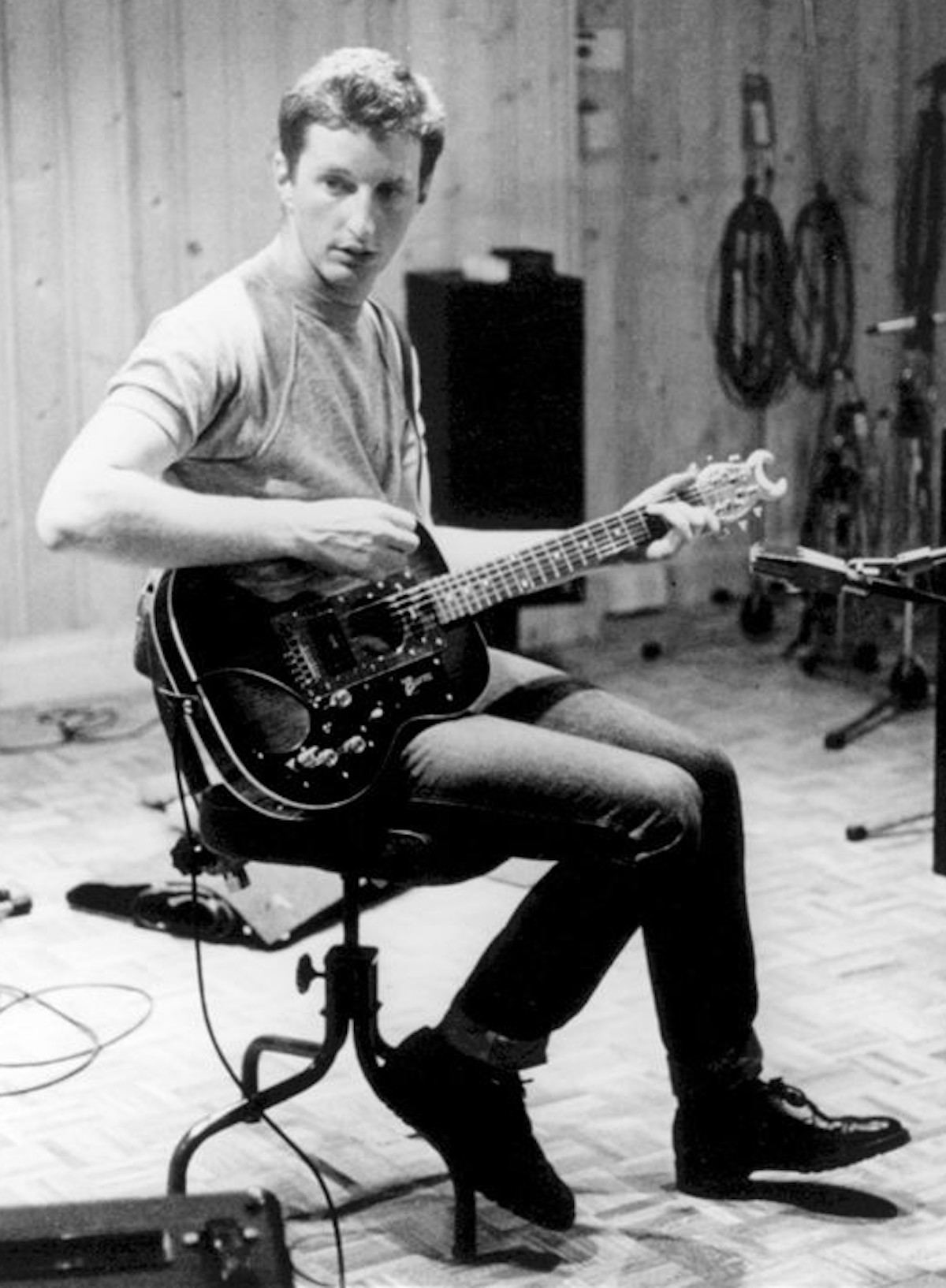 Bragg was a hustler, famously getting on Peel’s show by bringing him a curry after the DJ mentioned on air that he was hungry. He also managed to get his demo tape heard by former Pink Floyd manager Peter Jenner by pretending to be a repairman and sneaking into Chrysalis Records, where Jenner was working as an A&R rep. After Jenner was laid off, he became Bragg’s manager.

Bragg’s Peel Sessions is a typically brief affair — just six songs, all delivered solo by Bragg on his electric guitar. Each is a sharp, smart and strong performance that is uniquely Bragg, who was 26 years old at the time. Nobody sounds like him and, if I’m honest, six songs is enough. Any more and it would be too much.

It begins with the pseudo hit A New England. Never released as a single, the track from Bragg’s first album — Life’s A Riot With Spy vs. Spy — received a fair bit of airplay. It was an even bigger hit for Kristy MacColl in 1984 — her biggest hit, in fact.

Even though Bragg’s debut album only came out two months before this Peel Sessions performance, A New England is the only song from the album he performed that day. It is a great song — endearing and peppy at the same time. And one you’ll want to sing along with, probably with a Cockney accent, whether you have one or not.

“I saw two shooting stars last night
I wished on them but they were only satellites
Is it wrong to wish on space hardware
I wish, I wish, I wish you’d care
I don’t want to change the world
I’m not looking for a new England
I’m just looking for another girl.” 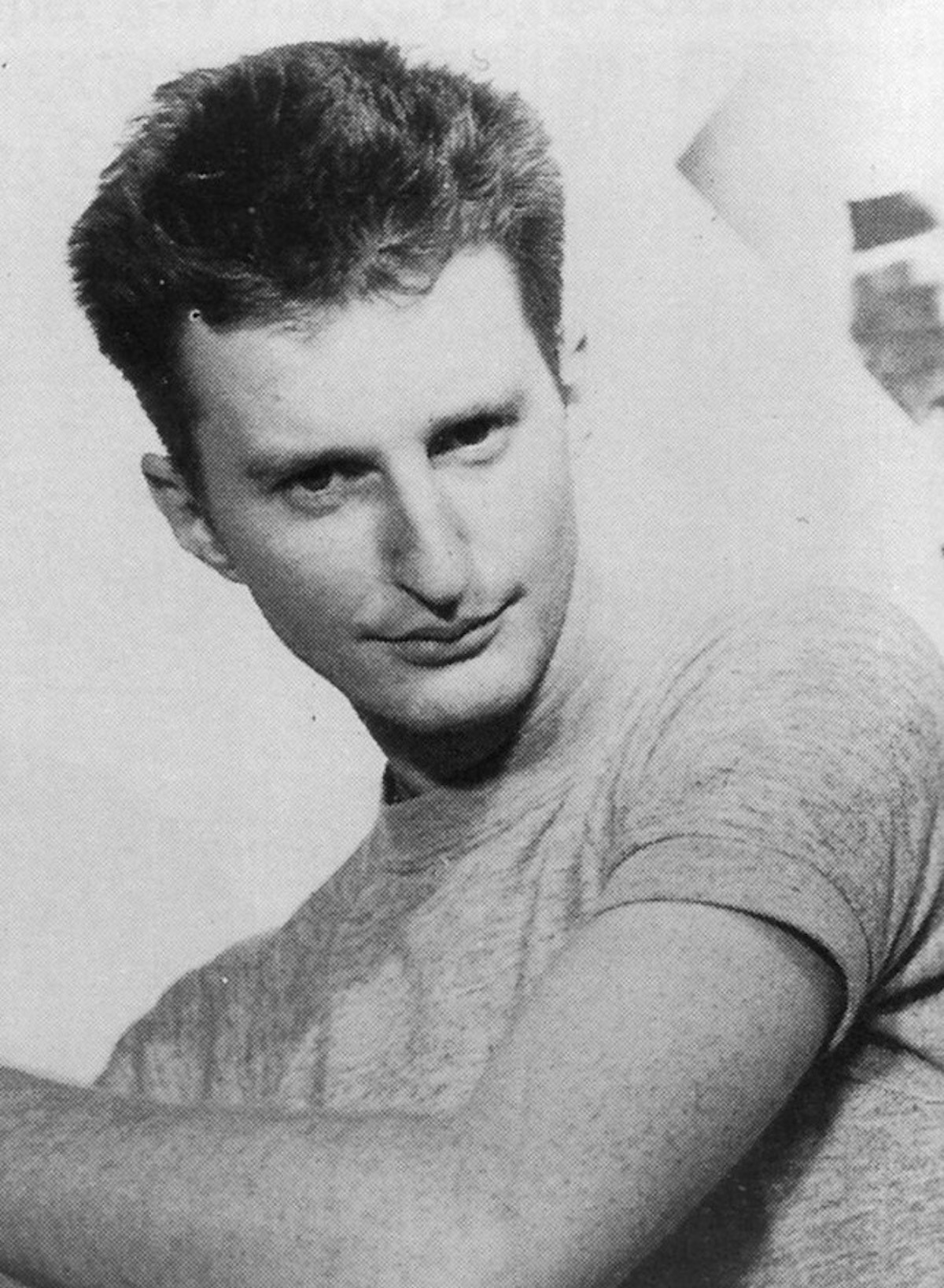 It’s followed by the equally great singalong upbeat love song Strange Things Happen. As with most of his songs about relationships, Bragg has a knack and a style which involves scattering inconsequential objects and observances into his narrative and motifs.

“All winter long while I was locked in my room
Your face at the window and that book of old spells
I was thinking of you
And all the spells we cast, lately come to pass
And the flowers in the garden have all fallen down
Strange things happen when you’re not around
Our love is so strong, it moves objects in my house.”

The last song on the first side is This Guitar Says Sorry. It’s a Bo Diddley beat rocker, but also a love song littered with very British references like putting a baby into council care and using the making of a cup of tea as a measurement of time.

Side 2 begins with another quick rocker, but more muted than the others thus far. Speak-sung softly overtop staccato harmonic strumming achieved with — I suspect — some sort of open-D tuning. But I haven’t actually checked.

Then we’re treated to a John Cale cover — and a very, very creative one. Bragg effectively punkifies Fear Is A Man’s Best Friend, a song from Cale’s 1974 album Fear, but does so with just vocal and guitar. The song is effective both ways, but the cover will cause other performers to listen for similar opportunities in other songs.

It all ends with the very British titled A13, Trunk Road To The Sea. This is basically a re-do / sendup / tribute to (Get Your Kicks On) Route 66, except starring the east-west motorway between Aldgate in London and the seaside resort of Southend-on-Sea. Bragg sings “Go motoring, on the A13,” to the tune of Route 66. It’s kind of awesome, and for me this whole EP is essential. 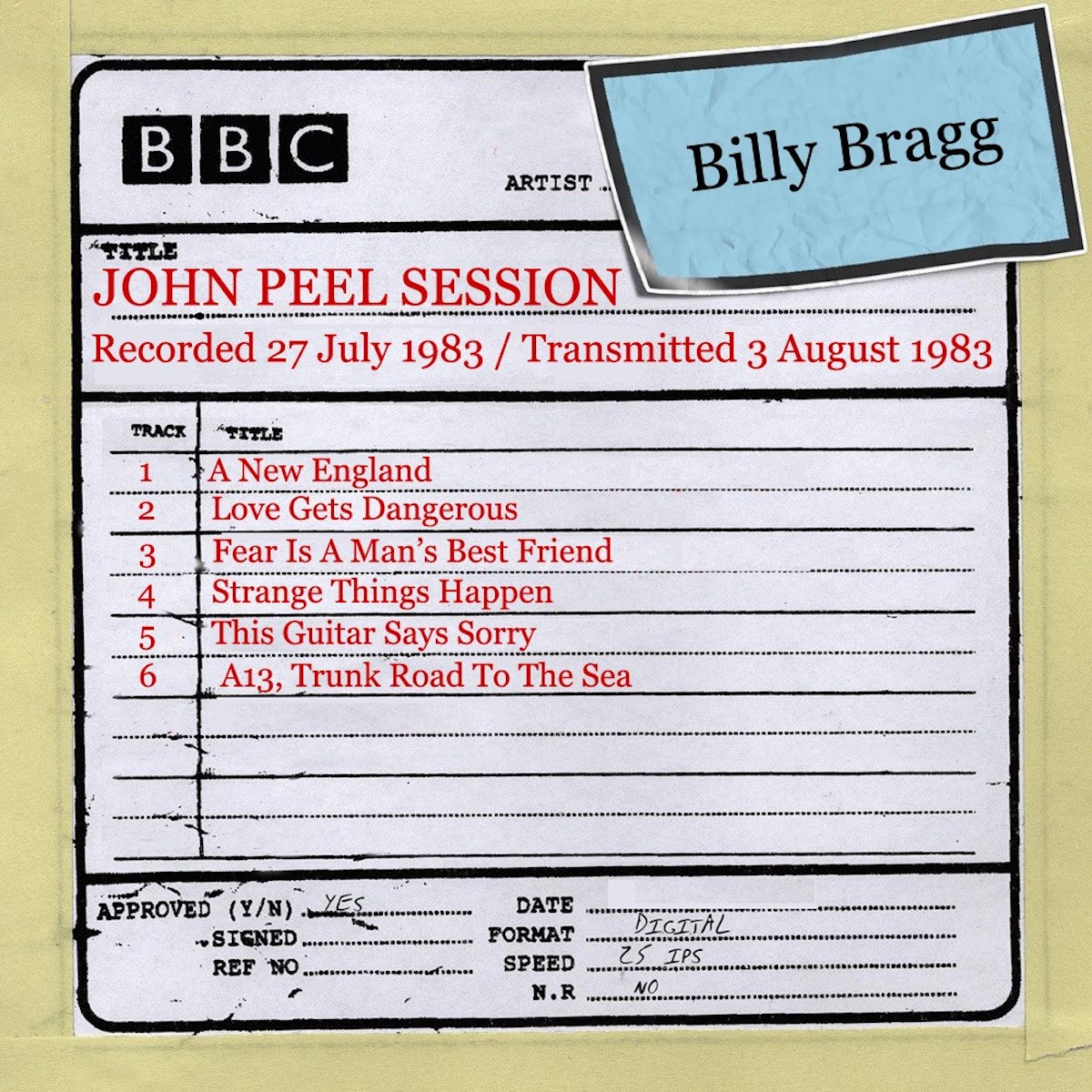