Teni Rane wants to cozy up to you. The Tennessee folk-pop singer-songwriter — who debuted her latest charming single Meet Me In Stockholm HERE a few weeks ago — drop her new holiday track Cozy Inside on Friday. But first, for some reason, the prolific and personable performer decided to take a spin through my silly questions. And since she’s clearly a people pleaser, she answered every single one in an entertaining fashion. So settle in and get ready to meet a woman who once believed she could grow a watermelon vine from her butt (among other revelations):

Introduce yourself: Name, age (feel free to lie), home base and any other details you’d care to share — height / weight / identifying marks / astrology sign / your choice.
My name is Teni Rane (Butler) and I am 28. Currently living in Kingsport, TN and grew up in Chattanooga, TN. I have dimples when I smile and am a carbon copy of my mother at this age (except she had really cool ’80s glasses).

What is your musical origin story?
I couldn’t help it — I love to sing. Eventually I decided it would be more efficient if I could accompany myself while I did it 🙂 I grew up around coffeehouses and jam groups so it’s been in my blood since the word “go.” My name even has a musical component in that Teni was picked first and then Rane was chosen because it sounded nice: Kind of like The Beatles’ Penny Lane.

What’s your latest project?
Over the summer of 2022 I recorded and am in the process of releasing four new singles! These were all recorded at Sandkvie Studios AB in Visby, Sweden. One of them is about being homesick in Sweden (Meet Me In Stockholm) and the other three are about what I claim are my favorite parts of the holiday season. I’m excited to be sharing more music this year since it’s been a while since my EP Heart in Tennessee came out in 2020! Cozy Inside comes Nov. 4, Rosemary & Evergreen on Nov. 25, and Tennessee Snow debuts Dec. 9!

What truly sets you apart from other artists?
Everyone has their own complicated story. I’m not trying to be different or set apart from or unique compared to anyone else — I’m trying to learn how to be me. And that’s a hard enough game to play some days!

How will my life improve by listening to your music?
It might not. I’m OK with that. I’m not out here trying to change the world or anyone’s life. I’m trying to share stories that matter to me and I think there is a big possibility that those stories resonate with others’ fears, joys, sorrows, and dreams. Music helps me take care of myself — maybe that part of my story will encourage others to take care of themselves too.

Tell us about the first song you wrote and / or the first gig you played.
The first song I SHARED with anyone that I had written was You’re My Star, which is on the Heart in Tennessee EP. My mom didn’t believe me that I had written it. She asked me “Who sings this?” and I said “Me” and she was like “Yes, right now you do, but who else sings it?” She felt really bad when she realized that it was actually mine 🙂

What is the best / worst / strangest / most memorable performance you have given?
Some people like playing in bars, some people don’t. I’m the latter. Worst show I ever played was a free gig that I was talked into doing for a brewery and bar that had just opened. Concrete floors, exposed metal rafters, no soft surfaces anywhere in sight, TVs on … it was a total disaster of cacophonous and bouncy sound. And then my guitar pickup died and I had to play through a low-quality mic that was used for their trivia host. I was in tears in the car after. Memorable though.

What is the best / worst / strangest / most memorable performance you’ve seen?
One of the most interesting and memorable performances I’ve seen was this past year (2022) at Bristol Rhythm & Roots Reunion: Dave Eggar and Friends. It was totally wild. A group of HIGHLY talented musicians doing exactly what they felt like doing musically plus some opera (Carmen at BRRR?) and martials arts thrown in the mix. I’ve never witnessed anything like it before. Incredible.

What living or dead artists would you like to collaborate with?
Norah Jones has always been an artist with a wonderful tone and sound. I think I could learn a lot from anyone at this point though. I’m still trying to solidify my goals as an artist, so it’s a bit overwhelming to think about working extensively outside of myself.

What artist or style of music do you love that would surprise people?
I like a weird mix of stuff that includes everything from the ’40/’50s crooners to Gaga’s pop-dance bangers. So you can imagine that I was in heaven when the Gaga/Bennett collabs came out.

What words do you hope people use when they describe you?
Kind, honest, playful.

What useful (or useless) skills do you have outside of music?
I have trained my cats to sit and come and shake paws. They also hike with us on leash with these adorable little harnesses. I’ll let the reader decide if that is useless or useful.

Who can you do an impression of?
I think I do a spectacular Mickey Mouse voice — most people disagree.

Tell us a joke.
A hammer dulcimer player’s favorite fish is a tuna. Geddit? Thank goodness I’m not trying for a career in comedy.

What do you collect?
Pint glasses!! When Jonathan and I travel we try to find a pint glass from that place. We already have too many but we love them and they are sorta our main glasses for everyday use. It’s nice because each time I use one I get to remember a trip, the folks we visited or met, and have a little heart-glow thinking about being there.

If money was no object, where would you live?
I’d completely gut my house now and rebuild it just a little better. I think I would also have a small personal farm somewhere in Tennessee near Chattanooga (I’ve always wanted a dairy cow and chickens!). Then maybe a small summer cottage in Sweden where I could host friends and watch sunsets.

What would you like to be reincarnated as?
A clouded leopard. Or any sort of big fierce cat. A panther!

Which historical event do you wish you had witnessed?
Martin Luther King Jr.’s “I have a dream” speech.

What’s your idea of perfect happiness / total misery?
Perfect happiness: A couch, hot tea, snuggles, cats, record playing.
Total misery: Crushed in a crowd of really loud people in a space that is too small for everyone that is there.

What are your pet peeves?
Wet towels in piles on the kitchen counter. Dirty floors (like gritty stuff under foot). Unmade bed.

What’s your greatest regret?
Not knowing people who knew me when I was little as well as I should’ve before they passed away.

What are you afraid of?
The moment when you realize someone doesn’t love you anymore.

What would the title of your autobiography be?
Hiking with Cats and Other Ridiculous Endeavors.

Who should play you in the movie of your life?
Well, I just took three of those celebrity lookalike quizzes and the verdict is: Beyoncé. I think that must be the only result available in the tests because I sure don’t see it. Can I pick Anne Hathaway?

What’s your motto?
“Always look on the bright side of life” (Monty Python!)

What’s always in your refrigerator?
Something fermented.

If you could change one thing about yourself, what would it be?
I would love to be able to reliably sleep on planes. I would also be thrilled to be less stress-out-able. I’m working on the second one.

If you had one day to spend as you please without any consequences, what would you do?
Probably go hiking, have a picnic lunch, and then go to a really nice dinner with friends. Boring, I know.

What’s the silliest thing you believed as a child?
Tie: 1) that if I tried hard enough I could become a cat;
2) that if I ate watermelon seeds a watermelon vine would grow out of my butt. Graphic, I know.

What was your favourite class in school and why?
In high school: Eastern Religions! Growing up in the south I always had this very confusing relationship with religion/christianity (still do honestly) so it was really interesting to learn about other religions and start to understand the similarities between them all over the world. I also had a great teacher!
In college: Anthropology 101. Humans are totally interesting animals.

What world record would you like to break?
Definitely NOT an eating contest. Maybe something like “weirdest noise ever recorded,” though I think that would be highly subjective.

What was the worst job you ever had?
I’m probably really lucky to say that the worst job I’ve ever had was summer soccer-camp counselor for five- and six-year-old kids. I did this every summer in high school. A dream job for some people, I am sure. I still have nightmares about sunscreen and pooped-in-pools.

What’s the best and / or worst advice you were ever given?
Worst advice from my dad: “Life is just about picking what type of shit sandwich you’re willing to eat every day for the rest of your life. Choose wisely.” (I hope he isn’t right …)
Best advice from my dad: “Whatever you decide to do in life make sure you are saving up your “go to hell” money so that if you get tired of it you can tell them all to go to hell.”
I think these two gems came out of the same conversation. 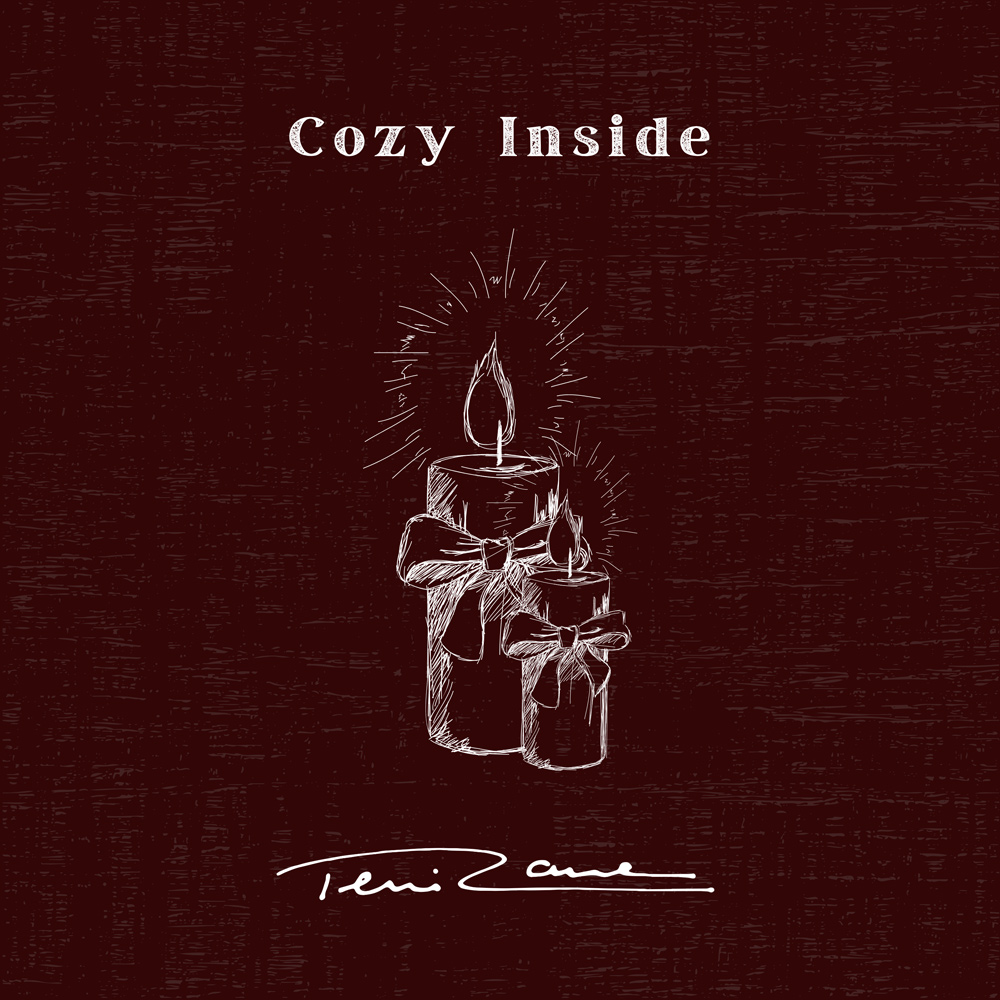