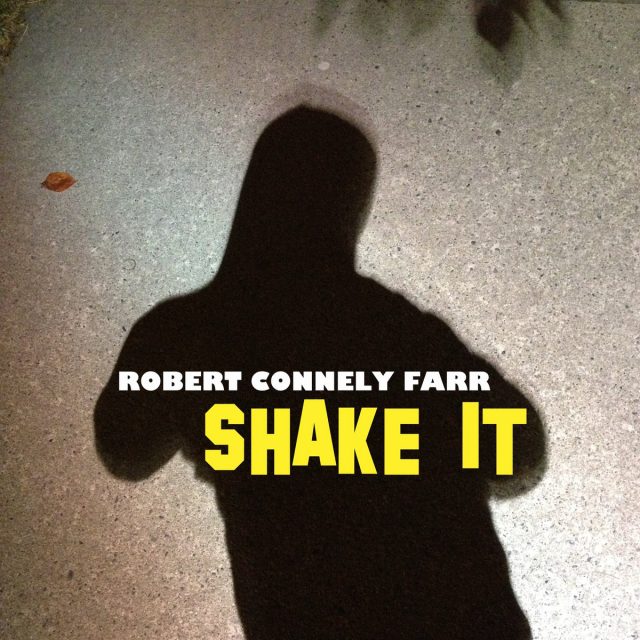 Shake It is Farr’s ninth studio album. With the help of his band The Dirty Dirty (drummer Jay Bundy Johnson, and bassist Tom Hillifer), Farr delivers compelling sonic landscapes; his gravelly voice and howling guitar tell of swamps packed with catfish while spirits dance in the sky. Over nine blistering tracks (clocking in at a tight 30 minutes), Shake It opens with two covers from Farr’s biggest influences and mentors — Charley Patton’s Screaming & Hollering and Jimmy “Duck” Holmes’ Going Away To Leave You. Six originals by Farr and co. hint at love and suffering in the aftermath of a cancer diagnosis, while Lefty and the title track rock with all the grit and fire of a man that’s dodged more than a few bullets.

In 2019, Farr took his band down to play Holmes’ Bentonia Blues Festival; it proved to be a seminal experience for the group. High off the vibe of the festival, they came back to Vancouver to start recording; it was then Robert received an unexpected cancer diagnosis and emergency surgery.

“We wanted to keep the eerie haunt of Jimmy’s Bentonia style but sprinkle some of RL Boyce’s Hill Country boogie-woogie into the mix. Bentonia got into our soul. Minor keys, tuning off, not knowing where the hell life is taking you but trying to have some fun along the way — that’s what this is album is about. The song Shake It was largely inspired by seeing RL Boyce one night — that man stared directly into my soul!

“We recorded in Vancouver at the legendary Hipposonic Studios — in the same room AC/DC, Aerosmith, Bon Jovi all worked in. We kept the team small for this one. Produced by the band (Jay, Tom & I) we felt strongly about making this ourselves. For the better part of 15 years, they are the only guys I play with — and us playing with Jimmy / RL in Bentonia was something of a spiritual experience. Initially laying down 16 tracks, we quickly realized a handful of them really nodded back to our experience in Bentonia — and we felt that we needed to honor that. Tom is even playing Cleo Pullum’s bass guitar on this record (Cleo was a local player who filled in for acts travelling through Bentonia in the ’70s / ’80s).”

In 2018, entranced by the obscure tuning and haunting melodies of Jimmy’s teachings, Robert recorded and released his full-length Dirty South Blues to immediate critical acclaim. KEXP named it one of their top albums of the year and Farr was nominated for both Songwriter of the Year and New Artist of the Year by Canada’s prestigious Maple Blues Awards.

“In the wake of my cancer surgery (and after the band played the Bentonia Blues Festival) I fell hard into this Charley Patton book,” Farr says. “I’d never known much about Patton; ironic as I grew up walking the same streets he did as a young man. I felt a lot of similarities to aspects of his life — leaving home but always missing it, troubles with liquor, not fitting in, but always about the song … always about the song. Screamin’ & Hollerin’ hit me like a ton of bricks — that song kicks the album off.

“One of the most beautiful experiences in my life has been learning directly from Jimmy “Duck” Holmes. He’s rarely in tune, he doesn’t write songs down, but he’s mesmerizing. I remember when I told him I had cancer — he said ‘You ain’t dead yet!’ I remember another night, finishing a set at his juke joint — having not played Hard Time like he taught me. He got right up in my face and said ‘You don’t play it like me, you don’t play it like Skip (James) or Jack (Owens)! You (digging his index finger into my chest) play it like YOU gonna play it. THAT is what the people gonna feel. THAT’S the blues!’ ”