Home Read Albums Of The Week: Lamb Of God | Omens 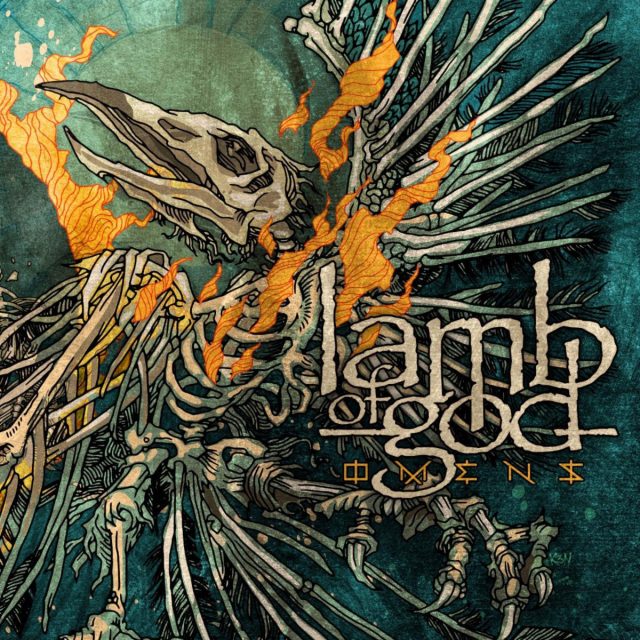 THE EDITED PRESS RELEASE: “Across their career, Lamb Of God grew from basement shows and grimy DIY venues to headline arenas. The New Wave of American Heavy Metal architects earned a reverence akin to musical forefathers (and road companions) Metallica, Slayer and Megadeth. Timeless songs like Laid To Rest, Redneck, Walk With Me In Hell and Now You’ve Got Something To Die For became anthems in the heavy metal songbook, with gargantuan vocals born from both righteous anger and devotion, and unrivaled riffs for the ages.

Even as D. Randall Blythe (vocals), Mark Morton (lead guitar), Willie Adler (guitar), John Campbell (bass) and Art Cruz (drums) enjoy one another’s company and chemistry like never before, Omens is possibly the angriest Lamb Of God album yet. “It’s a pissed-off record,” Blythe says, with a hint of mischief. “It’s a very pissed-off record.” He pauses for emphasis. “It is extremely pissed-off.” Densely muscular, soaked in unnerving spite, with a pessimistic eye toward inner struggles and global affairs alike, Omens is a furious entry in the Lamb Of God catalog. “The world is crazy and keeps changing. Omens is a reaction to the state of the world around me,” Blythe reasons. “The last record was thematically driven; really, this one is just a response to the screwed-up world we live in.” 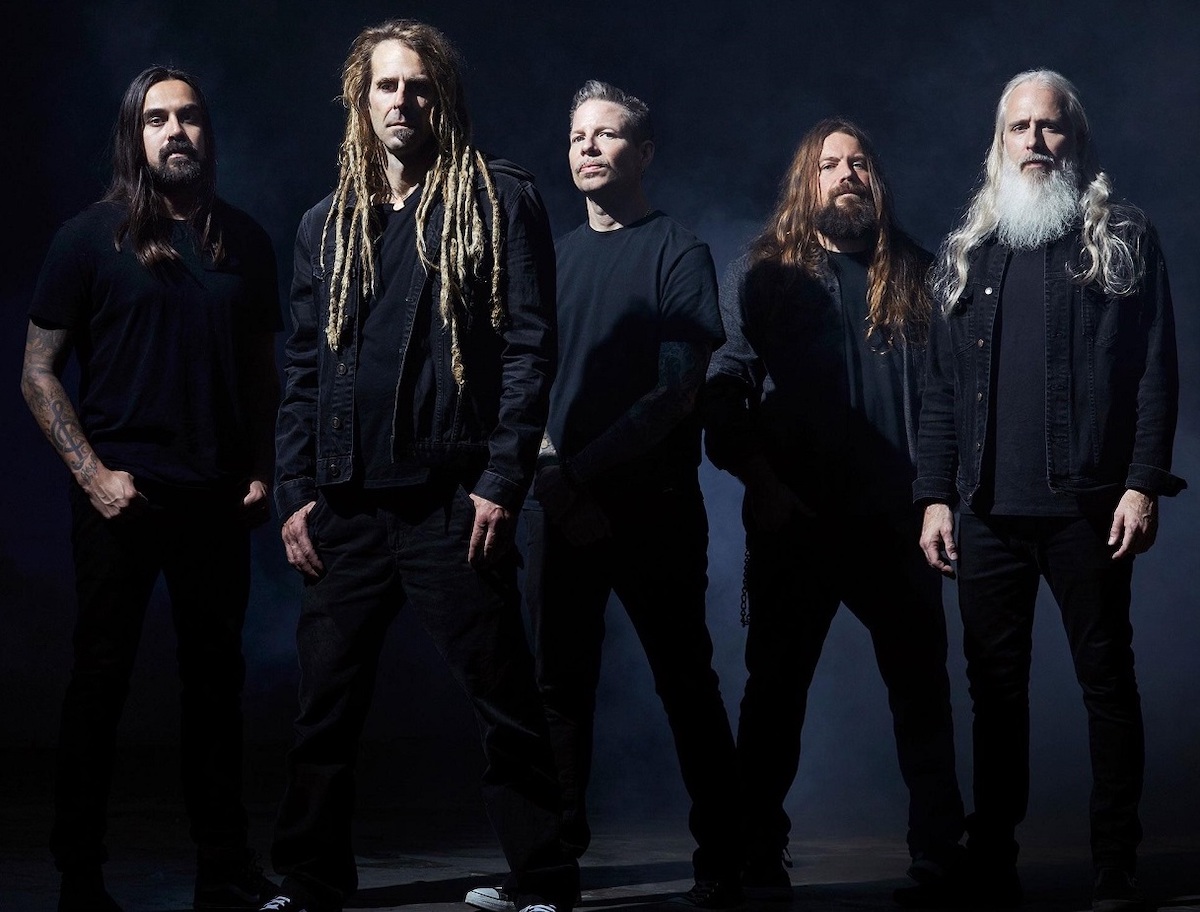 Omens is also Lamb Of God’s most diverse affair. “It’s a record designed to be listened to from start to finish,” says Morton. “There’s not a song on the album that sounds like another. It’s very authentic to where we are at right now. It sounds a little loose and free, which describes how we feel internally.”

Morton and Adler’s riffs threaten, challenge, and devastate. Cruz and Campbell’s unstoppable rhythms lurch and beckon. Having shined on 2020’s Lamb Of God, Cruz injects even more nuance and personality into his playing across Omens’ songs. “I feel particularly energized creatively and artistically, in my personal life and Lamb Of God,” Morton explains. “The inner workings of the band have never been better. You can hear it in Omens. You can see it in our performances, and if you’re around all of us for five minutes, you can feel it.”

The group assembled in their Richmond, Va., home base for a series of writing and preproduction sessions, built around riffs from Morton and Adler and involving each member. “It was important that we didn’t just make Lamb Of God Part II,” Morton explains. “To ensure that didn’t happen, we changed the process. It was still hard work, but we all had a really good time. The writing process was more collaborative than ever. We did a lot more preproduction. All of the songs were played live, in a room together, in various incarnations, to get to what you hear on the album.”

Tracking went down at Hollywood’s historic Henson Recording Studios (formerly A&M). Founded by Charlie Chaplin in 1917, the studio was ground zero for a slew of iconic records, including classics from The Doors, Pink Floyd, Soundgarden, Guns N’ Roses and Paul McCartney. Unlike most modern records, the majority of the album was tracked live in the studio on the floor. “It was an amazing experience to make a record that way. It blew my mind,” Campbell says. “To experience it all together, from start to finish, was really beautiful,” adds Cruz. “It just swings more. There’s so much more emotion behind it. We sound very much like a band.” Adler agrees, attributing much of Omens’ swing to that process. “We wanted to capture those live-type moments that you only get if you go to a Lamb Of God show. The album definitely breathes.” 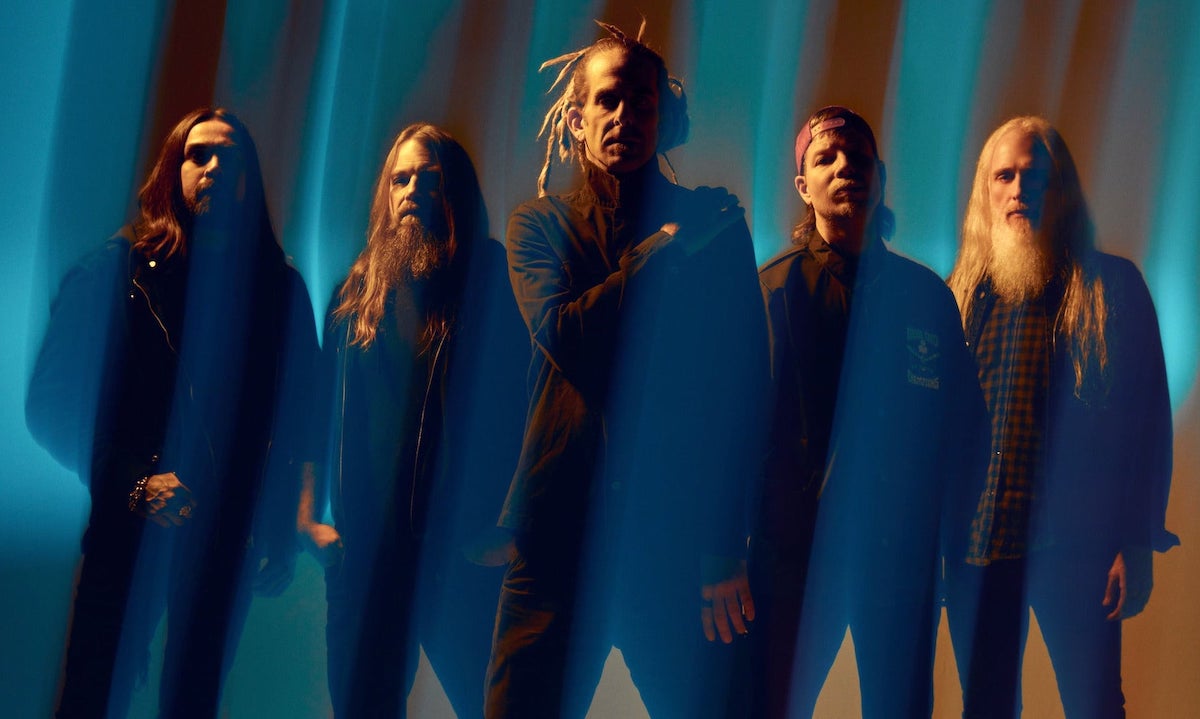 Blythe did live takes to every single song on the album but one. “I could see the band. There is an undeniable energy in that,” the singer says. “I can feel that energy more than when no one is present.” It’s a potent, palpable energy Lamb Of God first tapped when they shoved heavy metal into the new millennium with New American Gospel (2000). As the Palaces Burn (2003) was dubbed one of the Top 100 Greatest Metal Albums of All Time. Ashes Of The Wake (2004) was the first Lamb Of Gold album certified gold by the RIAA, a feat once all but impossible for a contemporary extreme metal band.

Sacrament (2006), went gold as well. The raw and organic malice of Wrath (2009) began the band’s enduring relationship with Wilbur. Both the diverse Resolution (2012) and the explosive VII: Sturm und Drang (2015) debuted in the Top 5 of the Billboard 200. The 2020 self-titled set, their first new material in five years, added instant classics Memento Mori and Resurrection Man to the repertoire, alongside eight more monster tracks. The momentum continues with Omens.

The hardcore fire at the heart of Lamb Of God still burns as hot as the 12-foot flames blazing the stages on their co-headlining trek with Megadeth. Even as the state of the world descends, the state of the union for Lamb Of God remains strong. “The morale, the brotherhood, I see the energy every day,” Cruz explains. “Bands doing it for this long are usually at each other’s throats, but we’re really embracing this new era of the band,” Adler says. “The love I have for these guys and what we do as Lamb Of God … Never say never, but I don’t see myself writing metal without Mark or playing metal in any other band.”

Morton offers: “I don’t know if there’s anything in life that could occupy the same space that locking into a riff with these guys and having Randy go absolutely insane over the top if it does for me.” Blythe agrees. “The reason I keep doing this is the same reason why I started doing it in the first place: I like making music with these dudes. It’s such a strange but beautiful relationship we have, and it’s in a really good place right now. We laugh a lot together. I’ve seen the world multiple times. We’ve played in front of, at this point, millions of people. And connected through the energy that is a live show. I’ve gotten so many blessings from this band, and that is something I do not take for granted.”