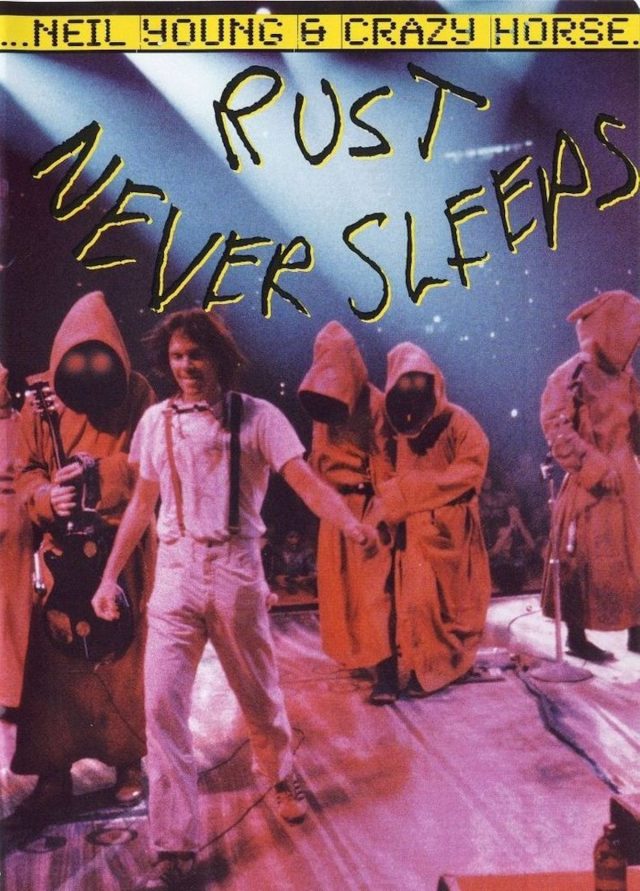 “It relates to my career,” Neil Young once said of the title Rust Never Sleeps. “The longer I keep going, the longer I have to fight this corrosion.”

That simple statement explains much of Young’s long and winding career. Like, say, his 1983 synth record Trans. Or the 1991 noise construct Arc. And, of course, Rust Never Sleeps, the bizarre, theatrical tour/movie/album that is one of the most beloved entries on his decades-long resume.

It’s certainly one of the quirkier entries, as the new DVD of Young’s self-directed 1979 concert film Rust Never Sleeps brings home. A twisted mish-mash of science fiction cheese, ’60s hippie-era nostalgia, Alice-in-Wonderland staging, standup comedy and — oh yeah — a double handful of Young’s finest songs, the two-hour Rust Never Sleeps is remarkable both as a concert and as a piece of performance art. 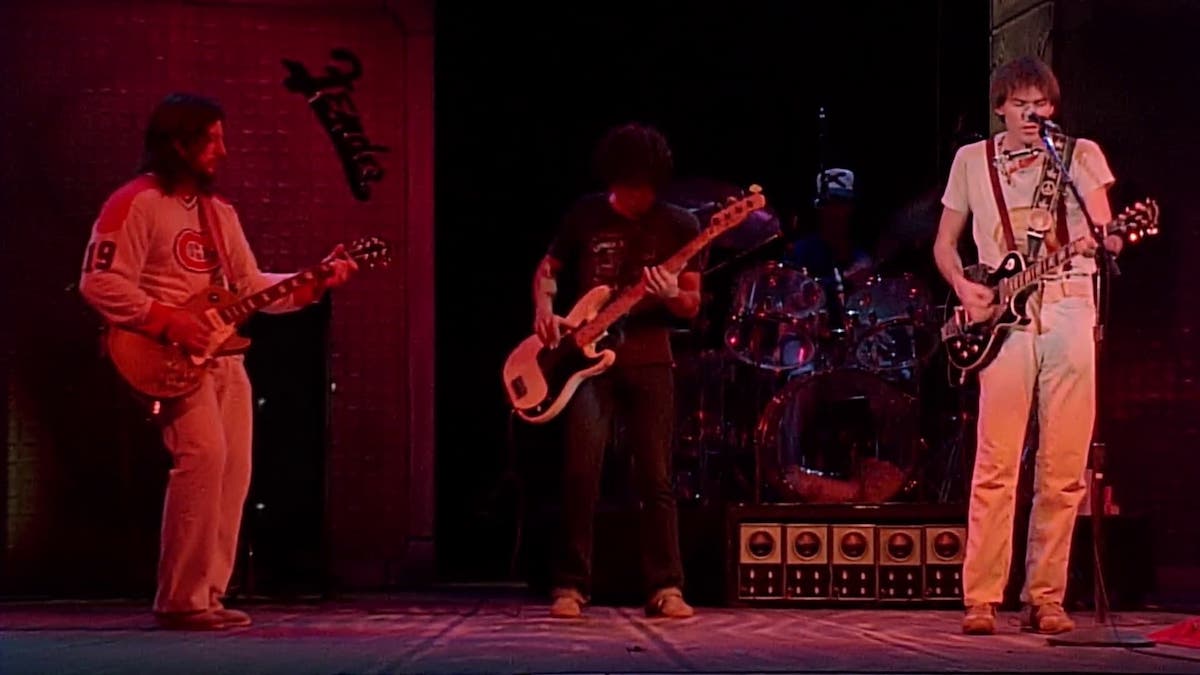 Of course, like a lot of art, it’s hard to tell exactly what it all means. The set is decorated with giant road cases — which are raised to reveal outsided faux Fender amplifiers. The roadies are tiny hooded figures with glowing red eyes — presumably modelled after the Jawas in Star Wars — who lurk and scurry around the stage in packs, emerging to position a huge microphone like they’re planting the flag on Iwo Jima or whack an overgrown tuning fork on the stage. The soundmen have lab coats and coneheads. Announcements from Woodstock play between songs. The audience is outfitted in 3-D glasses. A comedic emcee emerges mid-show to deliver a monologue on rust. Another guy, clad in a DEVO coverall, rappels down from the ceiling to crash the party, only to be overpowered and carted away by the “Road Eyes.” Maybe some of it has a point — something about the lingering echoes of the ’60s, the impending invasion of punk, the overgrown adolescent playground of rock, and so on — but mostly, it just seems like a bunch of lunacy that could easily swamp the average rock band.

Thankfully, both Young and his long-serving backing trio Crazy Horse are way above average here. Young, skinny as a scarecrow and sporting a shaggy haircut, opens up with an acoustic mini-set, delivering superb versions of Sugar Mountain, I Am a Child, Comes A Time, After The Gold Rush, Thrasher and My My, Hey Hey (Out Of The Blue). Then Crazy Horse — guitarist Frank (Poncho) Sampedro, bassist Billy Talbot and drummer Ralph Molina — join him for a typically loose and glorious set of rockers like Sedan Delivery, Cinnamon Girl, Like A Hurricane and Welfare Mothers, along with more poignant fare like The Needle And The Damage Done, Lotta Love, Powderfinger and Cortez The Killer. By the time they close with Hey Hey, My My (Into the Black) — followed by an encore of Tonight’s The Night — you can almost believe Neil’s claim that “rock ’n’ roll can never die.”

At least, not as long as he’s around to scrape off the barnacles every now and then.