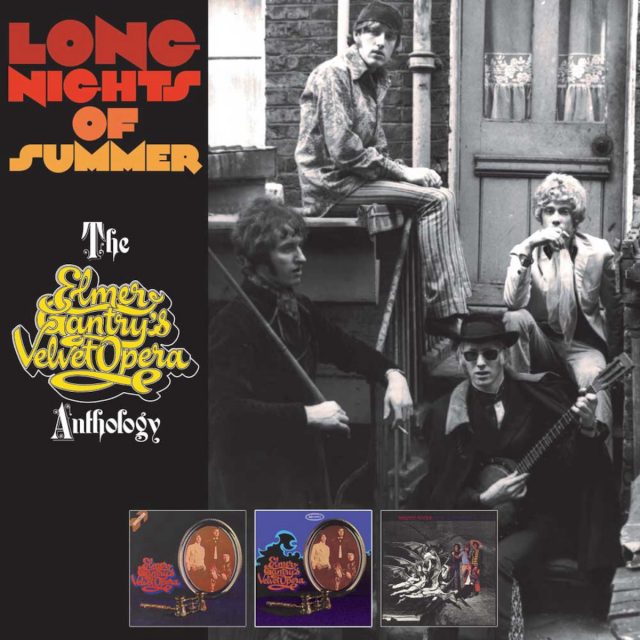 THE EDITED PRESS RELEASE: “In the spring of 1967, London Mod/Soul act The Five Proud Walkers staged a musical volte-face after supporting underground sensations The Pink Floyd. They duly re-emerged that summer as irrepressible psychedelic adventurers Elmer Gantry’s Velvet Opera, making an immediate splash with debut single Flames, which appeared on popular CBS label sampler The Rock Machine Turns You On and was added to the set-list of many young British bands — including the embryonic Led Zeppelin.

Flames was sufficiently successful to justify a debut LP, a strikingly original offering that remains one of the freshest, most consistently entertaining albums to emerge from the British psychedelic scene.

The band split in early 1970 when the Hudson-Ford partnership joined  Strawbs, although original guitarist Forster briefly revived the name later that year for a one-off single with his former Tintern Abbey colleague David MacTavish.

Also including numerous studio outtakes, demo versions, non-LP singles and a revelatory 50 minutes of BBC Session tracks (the bulk of which have never been released before), Long Nights Of Summer features a new 6,000-word essay on the band and many rare images. It’s the final word on a legendary late ’60s British underground band.”