Home Read Albums Of The Week: Tedeschi Trucks Band | I Am The Moon:... 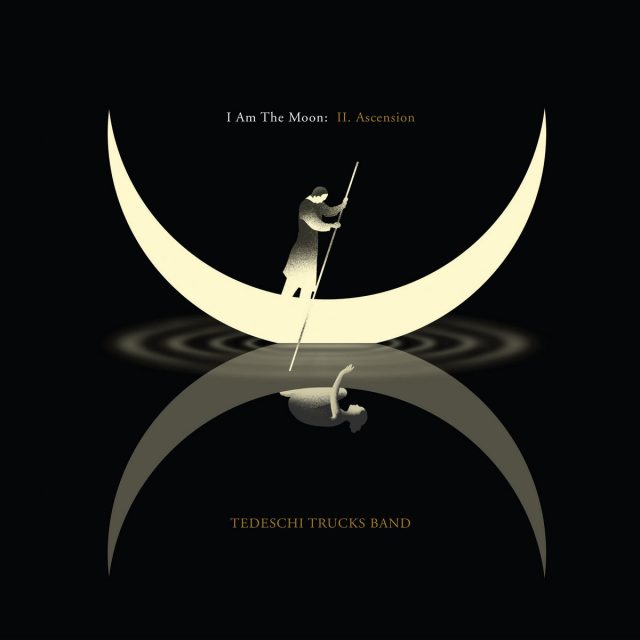 THE EDITED PRESS RELEASE: “I Am The Moon, the fifth studio release by Tedeschi Trucks Band, is the most ambitious and, at the same time, intimate recording that America’s best rock ‘n’ roll big band has ever made: A genuinely epic undertaking in four albums and 24 original songs inspired by classical literature but emotionally driven by the immediate drama, isolation and mourning of the pandemic era. There is the recurring fight for hope too, the reaching across damaged connections — all of that trial and urgency unfolding over a robust tapestry of blues, funk, country, jazz and gospel in collaborative writing, luminous singing and the instant fire of improvisation.

At more than two hours of music, the four albums that comprise I Am The Moon — Crescent, Ascension, The Fall and Farewell — are like a full evening of all-new composition and performance with Tedeschi Trucks Band, the 12-piece touring phenomenon founded in 2010 by its married leaders, guitarist Derek Trucks and singer-guitarist Susan Tedeschi. In its heart and scale, I Am The Moon is also a living, evolving map of the soul: The enduring tale of star-crossed devotion in Layla and Majnun by the 12th-century Persian poet Nizami Ganjavi, brought forward to present day, through universal experience and faith. As Tedeschi sings at the start of Crescent, in the gently swinging R&B of Hear My Dear – As we watch the world go by / There’s so much we search to find / Holding on to memories / Knowing there’s so much more to say — it’s immediately evident that I Am The Moon is a record as big as its stories, not to mention the life and love inside.

“It’s amazing,” Trucks says, “because we wrote most of this music in a pretty short timespan” — and recorded it with the same speed, sometimes in basic tracks caught live on the floor in first takes. “There are even chord changes that mirror other tunes — themes and variations, lyrical allusions, that pop back up.”

“It took a while to wrap our heads around all of the music we were making,” Tedeschi admits. “It’s hard to write exactly from somebody else’s perspective,” referring to the lovers. “At the same time, you want to write about human emotions. A lot of the things we were going through are things they would have gone through too.”

“I’ve never been part of a project like this,” Trucks claims, a remarkable declaration for a guitarist who played his first paying gig at nine years old; started his own group at 15; spent a quarter-century in The Allman Brothers Band; and has worked with Eric Clapton, Buddy Guy, The Grateful Dead’s Phil Lesh and the late jazz pianist McCoy Tyner, among many others. “Everything was conceived in the same time and headspace. It was just music we kept writing. We didn’t think about how much it was. You always want to do something bigger and thematic,” he says. “This is the first time it happened naturally.” 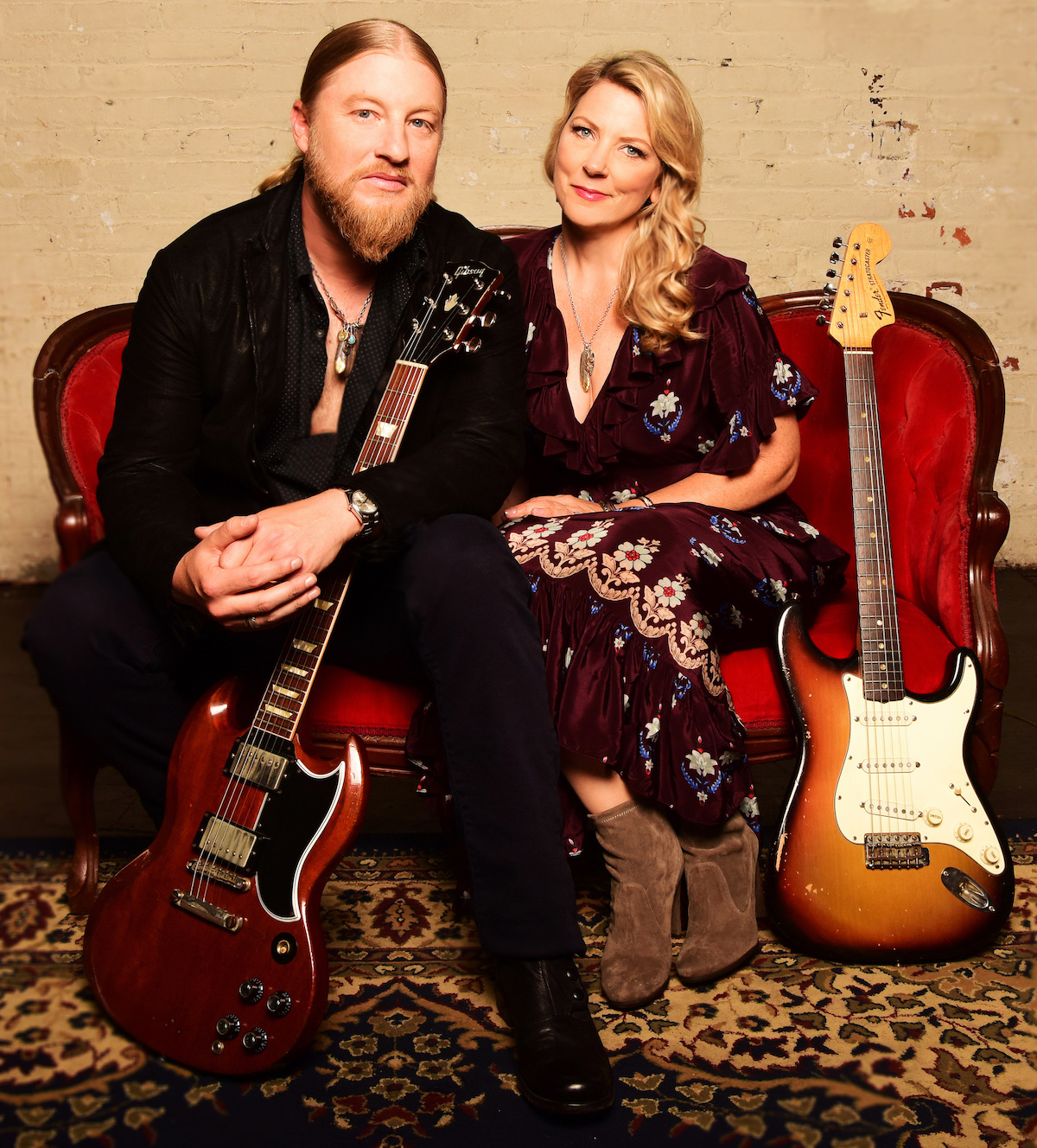 In May, 2020, two months after the Tedeschi Trucks Band were forced off the road by lockdown, vocalist Mike Mattison sent an email to Trucks, Tedeschi, singer-keyboard player Gabe Dixon and Tyler Greenwell, half of the double-drumming axis, with a suggestion for group reading: Ganjavi’s poem, which was written in 1188; deemed the “Romeo and Juliet of the East” by Lord Byron; and, in the classic-rock era, became the title inspiration for Clapton’s 1970 double-LP with Derek and the Dominos, Layla and Other Assorted Love Songs.

There were strong blood and musical ties already in place. Trucks is named after Clapton’s pseudonym on that album; Tedeschi was born on the day it was released. And Tedeschi Trucks Band had just played the entire record live in August 2019 at the LOCKN’ Festival with guest guitarist Trey Anastasio of Phish, releasing the show in 2021 as Layla Revisited.

“We get so carried away with the music — everyone knows it so well,” says Mattison, who came to TTB straight from the Derek Trucks Band and has co-written such TTB setlist staples as Midnight In Harlem and Bound For Glory. “That album is one point of view, Layla as this love object: ‘I want you, I can’t have you.'” But after Mattison read the original work, “I realized there are many things going on from different perspectives” and proposed, in his email, “revisiting this source material as a band, as writers.”

“When Mike said, ‘Well, what does Layla think about all this?,’ I thought that was an amazing way to look at the story,” Trucks says. Then he heard Where Are My Friends?, one of the first songs Mattison sent as a demo — a mid-tempo soul strut with a fighter’s edge but lined with absence. “I had just been thinking about people and situations we knew in our circle,” including the recent passing of singer-keyboard player Kofi Burbridge, Trucks’ bandmate since 2002, who died in 2019 at only 57; and Derek Trucks Band drummer Yonrico Scott, who passed later that year. “When I heard Mike’s demo, the way he was singing it,” Trucks says, “I could hear Kofi and his voice.”

Trucks and Tedeschi were also struck by what became I Am The Moon’s title song, written by Dixon after he read the poem. “I came across this line,” Dixon recalls, “where Layla’s locked up in her father’s house, pining for Majnun — I am the moon and thou the radiant sun. Her identity seems to be only in relation to him.” Over the next few days, Dixon (who joined the band in 2018) wrote I Am The Moon, ultimately sung with Tedeschi like a lovers’ exchange in a ’70s Al Green-ballad arrangement with a closing tempest of Trucks’ soloing.

“I thought, ‘How did you write this so perfectly for a woman?,’ ” Tedeschi says. “It was so beautiful and ironic.” Trucks notes that she “played that song on guitar and sang it all the time around the house.” Dixon confesses that he only realized later that the opening of the second verse — I walk these halls like a prisoner / ‘Cause they want to save me from myself — was not just about the story “but what was going on in the pandemic.”

“Mike had this brilliant idea out of the gate,” Trucks says, “for us to dig into a source material together.” And when the songs started coming, “That’s when it felt like a bigger project: ‘This has gravitational pull.’ ” 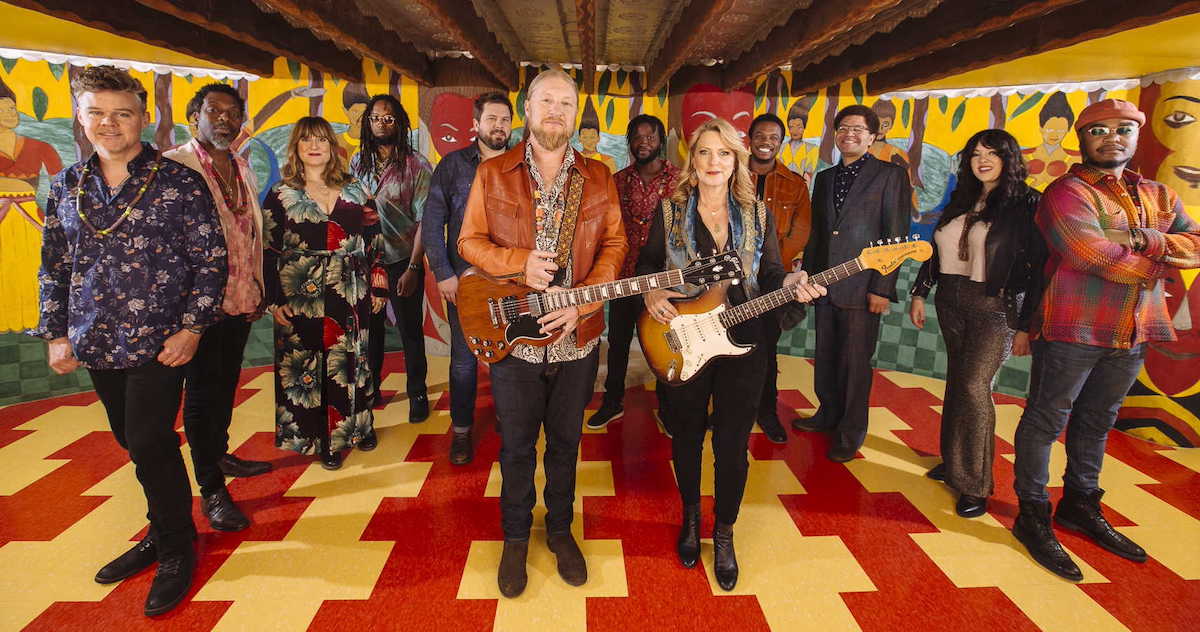 “There was no formula,” Dixon says of the writing for I Am The Moon. He sent that song “as a complete demo.” Some tunes were literally born at home like the blues Yes I Will on The Fall, written by Tedeschi for Trucks to go long on guitar (“I wanted the roots of this band to be shown and I knew Derek was going to kill that”), and Ascension‘s store-front-church hymn So Long Savior, which started with just Trucks on acoustic guitar and Tedeschi playing drums. Many of the rest — like the wah-wah-streaked funk of Ascension’s Ain’t That Something and the dynamic Crescent instrumental Pasaquan — came from riffs and ideas developed collectively at the Trucks family’s farm in rural Georgia, a few days a month from August, 2020 to the end of that year, by a core band: Trucks, Tedeschi, Dixon, Mattison, Greenwell and bassist Brandon Boone.

By the time recording began in January, 2021 at Swamp Raga, Tedeschi and Trucks’ home studio in Jacksonville, Florida, the band was auditioning for a new second drummer. Isaac Eady “showed up in the first week,” Trucks recalls, and got right on the album, playing on two songs — the Indo-jazz sprawl of All The Love on Ascension and the serpentine Afro-blues of Farewell’s D’Gary — “the first day we met him. There’s some ‘first thought, best thought’ there,” Trucks says, quoting Allen Ginsberg with a laugh.

By May, the main tracking was done. Then the rest of the Tedeschi Trucks Band family — singers Mark Rivers and Alecia Chakour, and the horn section of saxophonist Kebbi Williams, trumpeter Ephraim Owens and trombonist Elizabeth Lea — brought their muscle, swagger and light. “We went with whatever the song called for, whatever we had at our disposal at the time,” Trucks says of the core-band sessions. “Then we had days with the singers and the horns. It was nice to be able to focus on things, take a bite out of stuff that way.”

The decision to sequence I Am The Moon in four episodes and release it that way, starting with Crescent, came “when we started thinking of records we love,” Trucks says, citing Axis: Bold as Love, the 1967 LP by the Jimi Hendrix Experience. “It’s 36 minutes long. That’s the way to digest a record.”

There is a visual entrance as well. I Am The Moon: The Film is an immersion in four chapters, one for every album and all of the songs included, directed by the documentary filmmaker, author and television writer Alix Lambert. Combining studio and performance footage with atmospheric portraiture and allegorical touchstones, the movies — each to be released with its companion record — present the music as an unbroken chain, in a free, communal setting online.

“I’m proud of us,” says Mattison, looking back at the long road that started with his email. “We said we were going to do it and we did. We’re a great live band, but I’m glad we can make a statement like this: ‘We can do the other side of the coin too.’ ” And I Am The Moon will soon be on the road. “It will translate,” Trucks says, “because it’s just us in a room playing it in the first place. There’s nothing we can’t pull off.”

Watch Derek Trucks talk to me about I Am The Moon and more HERE.