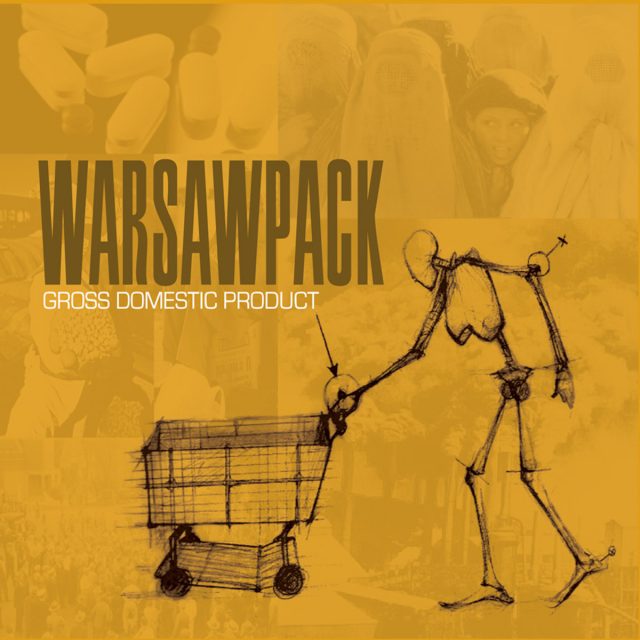 As a rule, bands like to deny that their music can be categorized. And as a rule, they’re either lying or deluded.

Whether they like it or not, 99% of artists easily fall into one class or another — rock, punk, pop, hip-hop, soul, jazz, whatever. Then there’s the one percenters like Warsawpack. The unconventional Hamilton septet fall between several musical cracks on their singular debut album Gross Domestic Product. Combining jazzy, jammy rhythms and honking horn lines with dextrous turntablism, the pack lay down sparse, low-rolling grooves that contain echoes of everyone from Morphine to MMW — that is, when they aren’t taking unexpected side trips into dubby reggae, alterna-metal rap-rock or booty-spanking funk. Whatever the backdrop, vocalist Lee Raback makes himself comfortable, rapping his left-wing lyrics in a lightly sanded, slightly paranoid, sing-songy rasp. Put all that together, and you get a wildly intoxicating hybrid of sound, style and substance — sorta like Dave Matthews at the Workers’ Collective Poetry Slam & Jam Night. To put it another way, they’re in a class by themselves.