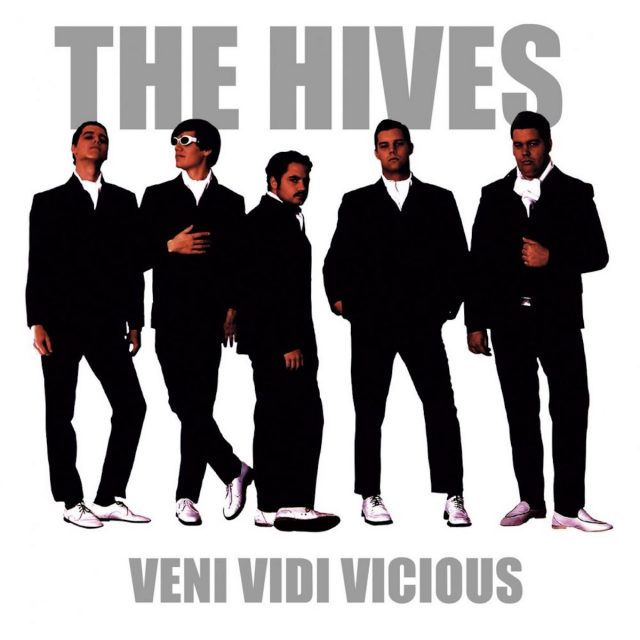 Five reasons why you should speed to the store and demand The Hives’ newly reissued 2000 sophomore CD Veni Vidi Vicious in a loud and insistent manner:

1) They’re from Sweden, the home of just about every cool punk / rock / garage / indie band of late;

3) They have names like Chris Dangerous, Nicholaus Arson and Howlin’ Pelle Almqvist, and songs called Die, All Right!, Hate To Say I Told You So and The Hives Introduce the Metric System in Time;

4) Their caffeinated, turbocharged fusion of low-rent blues-punk frenzy and go-go grind sounds a little like Stiv Bators from the Dead Boys doing a Mick Jagger impersonation while the Jon Spencer Blues Explosion play Rocket From the Crypt tunes;

5) Every Hives CD sold is potentially one less Britney CD in the world.