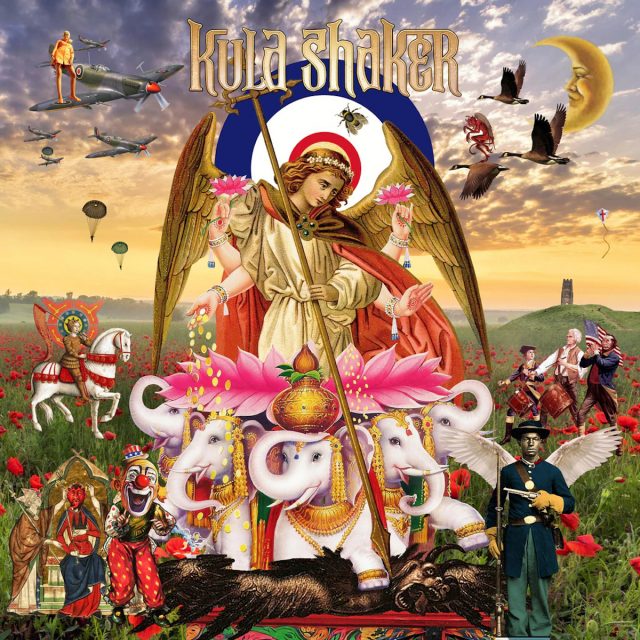 THE EDITED PRESS RELEASE:“Yea, though we walk through the valley of dark shadows … and though there is a famine of supercharged, spirit-jangling, fractal protest rock, there are good tidings. The battle has not been lost to average digital earworms; the zeitgeist has gone into a spin and Kula Shaker have been called forth to deliver their most inspired album in years.

1st Congregational Church Of Eternal Love and Free Hugs is a firebrand double-album, energised and purposeful in a way that few guitar bands currently manage. It spills over with blazing songs (15 in total), cross-genre sonics and a renewed super confidence in its wish to joust into the big themes: Love vs. fear; Lucifer vs. St. Michael; freedom vs. autocracy; colonials vs. Indians; the empire vs. the rebellion.

All quite surprising for an album that wasn’t part of the plan. Kula’s previous album K.2.O (2016) marked the 20th anniversary of their Britpop-slaying debut K — and according to Crispian Mills, was meant to act as a ‘closing of the circle’ after a year-long world tour. Three years further on however, Mills and the band’s bassist (and studio guru) Alonza Bevan, drummer Paul Winterhart and keyboardist Henry Broadbent were drawn back together.

“There had been vague talks about ‘a ukulele project with our kids’ and half an idea to record some sacred Kirtan chants, but then the world went into lockdown, and the backdrop changed,” Mills said. “Obviously, it’s been a very weird time for everyone. I think the whole experience reinforced a lot of beliefs we shared about why we started playing music together in the first place. It was a kind of a reawakening. Whatever that spark of life was that inspired us in the beginning, it seemed to come back. We were ‘filled with the holy spirit’, so to speak.” 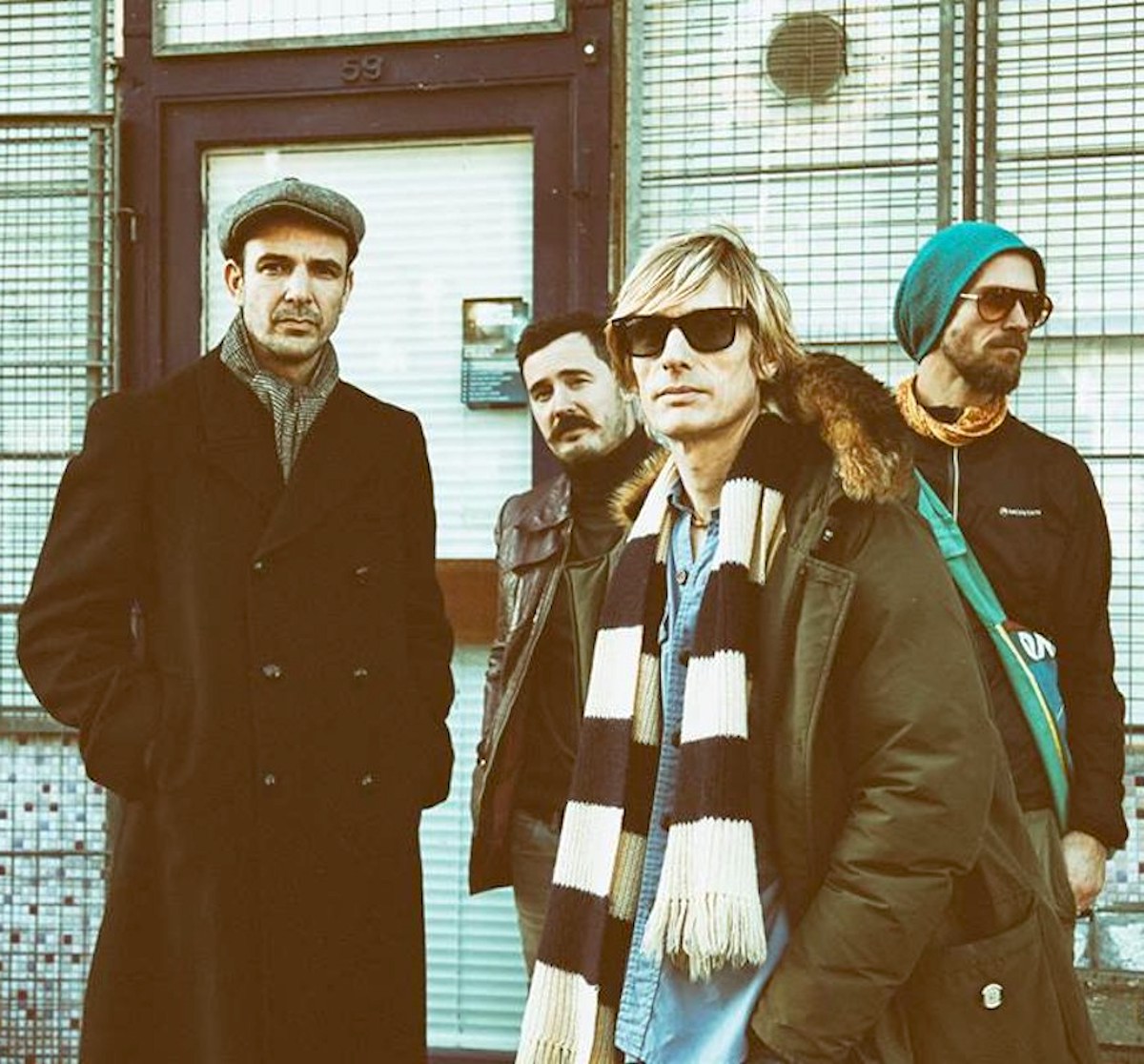 With little opportunity to be together in the same room, demos and rewrites happened in advance, with recording in Alonza’s studio in Belgium slotted in around travel restrictions. The gestation of songs was gradual; many were initially written on ukulele because Crispian really was teaching the instrument to his children. But the album also has some of his most inspired guitar playing — for connected reasons: “Seeing my kids playing noisy rock ’n’ roll really brought me back to life, without a shadow of a doubt. I fell in love with guitar playing all over again.”

Wrapped within an eye-popping sleeve depicting mankind’s stuggle with The Beast and populated by heroes and villains, angels and Ganeshas, clowns, warriors, knights and (yes) The Marx Brothers — the album looks as if Hieronymus Bosch had dropped mushrooms after a week of the History Channel and Bible / Mahabharata studies. Fittingly, there is also a theatrical framing to the songs, with all the action taking place under a badly leaking roof in the quaintly imagined village church of Little Sodbury. Starting with the introductory Dearly Beloved, the church pastor presides over a bronchially challenged congregation while an epic thunderstorm rages overhead. Kula Shaker 6 is ardent, but it’s far from solemn.

“You could say 1st Congregational Church of Eternal Love is the band’s ‘altar-ego’,” puns Crispian. “We just liked the mental imagery of the small church with a rickety, leaky roof and a great storm raging in heaven, with all these tiny people huddled together to tell stories and sing songs and make it through the dark night. The Pretty Things’ S.F. Sorrow has always been a band favourite and this album definitely has a similar musical feel, not so much in terms of reoccurring characters but consistent themes. St Michael and the angelic battle weaves its way throughout, but this doesn’t make it a purely Biblical story. The idea of a war in Heaven being waged here on Earth, between angels and demons, is the essence of the plot of both the Ramayana and the Mahabharata, which are the great epics of ancient India. I think we are in a kind of a spiritual war. Without a doubt. It’s love vs. fear. But this is a battle that’s been going on since the beginning of time, and it’s a conflict that is first and foremost in our own hearts.” 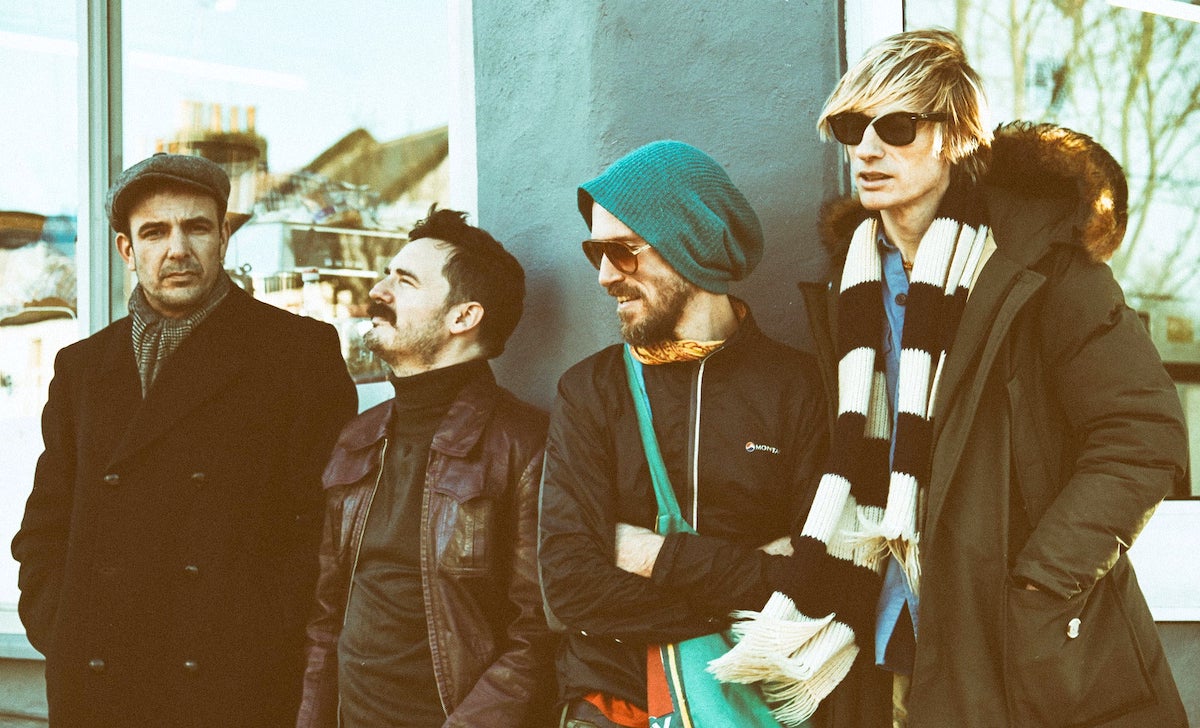 With their ‘once-more-unto-the-fray’ spirit, Kula Shaker ride into battle and return to find love as the songs unfold. Whatever It Is (I’m Against It) sets the tone with a joyful protest-rock spirit. Hometown finds “things ain’t what they used to be” as fiery guitars shake the pews. Farewell Beautiful Dreamer, part lullaby, part wake-up call, could be a lost excerpt from a teenage opera. (“It’s all imagery from the American origin myth,” says Mills, “put through a nursery rhyme mangler.”) Where Have All the Brave Knights Gone?, set to golden harmonies and bluesy keys, wonders what happened to valour (“Shades of Don Quixote; I can relate to that”). After The Fall — Pt. 2 & 3 supplies the album’s climax, in the form of a vast, Morricone’d surf soundtrack rock-opera melange: “We wanted to have a sort of climactic finale, where the final battle is fought and won. It weaves a lot of the album’s lyrical elements together and resolves the story, whereas Bumblebee takes us back to the church: The storm has blown over, the roof’s not entirely collapsed, the sun has come out, and everyone sings a song and goes down the pub.”

After three decades of engaging and disengaging with the frantic theatre of rock music, it’s a thing of great joy to hear Kula Shaker sounding so free of battle weariness and PTSD. Behind them lies a by-now epic tale of their own outlandish struggles and phases — their roots in the early ’90s psychedelic circuit; the band mind-meld with a ninth-century Indian mystic king whose name they (more or less) adopted; the balloon-in-a-gale flight to stardom with singles Tattva, Hey Dude and Govinda ascending the charts and first album K selling in pop truckloads. The band’s trip wound through gonzo success, media sensationalism and music industry hubris. There was the underappreciated second album, 1999’s Peasants, Pigs and Astronauts, recorded at vast expense in the U.S. and U.K. with not one but three legendary producers, starting with Rick Rubin and George Drakoulias before settling with Bob Ezrin on Pink Floyd’s fantasy houseboat studio.

After Alonza Bevan returned from playing with Johnny Marr’s Healers and Mills’ Jeevas, Kula’s first reunion in 2007 resulted in the indie-released Strangefolk, confirming that Crispian remained a master communicator (Out On The Highway and Die For Love were lost Grammy contenders.) With 2010’s Pilgrim’s Progress, the band surprised many with their uncanny gift for folk rock, producing gems like Ophelia and Peter Pan R.I.P. before their grand resurfacing in the form of K 2.0’s triumphant East-meets-West fuzz-rock journey. The weight of all that experience will either dilute your vision or hone your craft. In the revelatory grooves and stained-glass refractions of 1st Congregation, there’s all the evidence needed to hear which way it’s gone. Here is a band on fighting form.

“One of my favourite rock ’n’ roll quotes is from Eric Burdon,” says Mills. “He said ‘You don’t play rock ’n’ roll — you preach it.’ You have to play this sort of music as if your very life depended on it, otherwise go home.” Praise be to one-ness, and let’s give thanks that Kula Shaker have come back to do battle in the post-retro rock landscape with such an assured display of vehemence and songcraft, and such a sustained collection of fiery sonic epistles, shooting searing love beams into the night sky.

So endeth the lesson. Please remain standing while the choir leaves.”