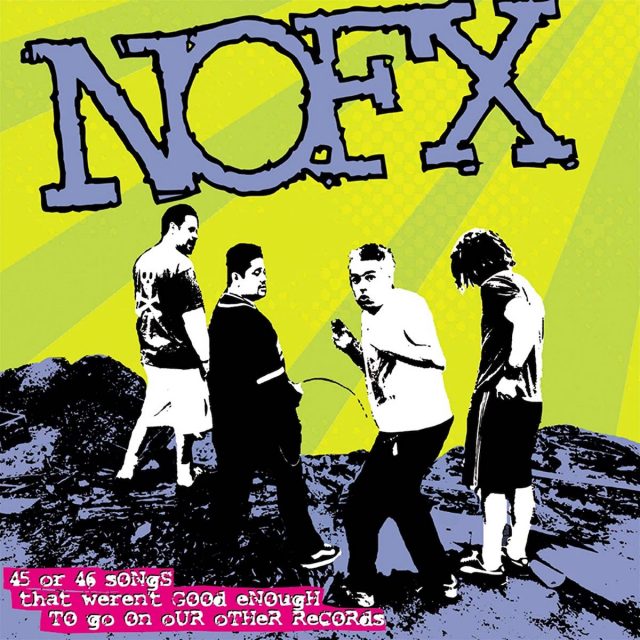 Truth in advertising? Well, sort of.

Yes, this two-CD set from punk vets NOFX does collect nearly four dozen cuts that never made it on to their full-lengths. Despite the compilation’s title, though, it clearly wasn’t for lack of quality. The vast majority of these tracks — mostly obscure singles, B-sides, covers and compilation tracks — pack all the punk snot and pop melody of the band’s classics. Along with covers of All of Me and The Misfits’ Last Caress, plus goofball originals like Bath of Least Resistance, Drugs are Good, See Her Pee and We Ain’t S**t, you get 25 songs from two EPs the guys recorded without rehearsal, and one new tune called Pimps and Hookers. But the most valuable tunes are the ones that aren’t here — to reward older fans (and annoy newer ones), NOFX held back some tunes from this anthology, preferring to let them live exclusively on vinyl forever. Or at least until their next disc, which will presumably be titled More Old Songs That Weren’t Good Enough to Go on Our First Compilation.