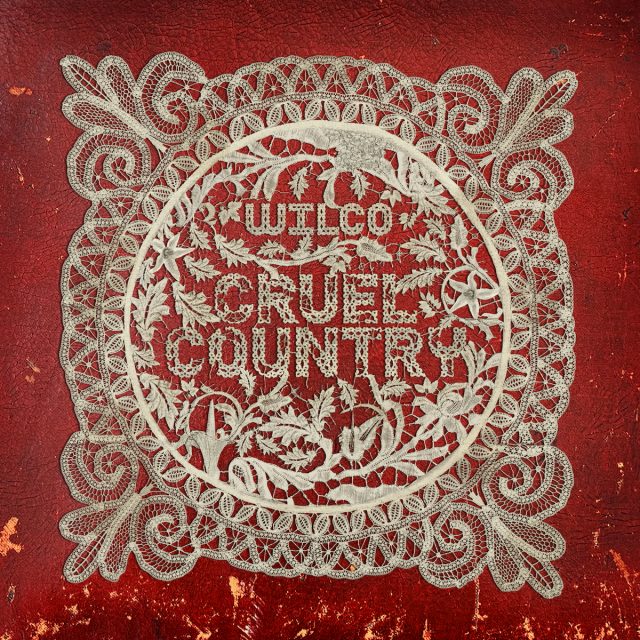 “I think there’s been an assumption over the years that Wilco is some sort of country band,” Tweedy admits. “There’s a lot of evidence to support that way of thinking about our band because there have been elements of country music in everything we’ve ever done. But to be honest, we’ve never been particularly comfortable with accepting that definition of the music we make. With this album though, I’ll tell you what, Wilco is digging in and calling it country.

“Having been around the block a few times, we’re finding it exhilarating to free ourselves within the form, and embrace the simple limitation of calling the music we’re making country. More than any other genre, country music, to me, a white kid from middle-class middle America, has always been the ideal place to comment on what most troubles my mind — which for more than a little while now has been the country where I was born, these United States.”

Along with being Wilco’s first foray into pure country, Cruel Country is also an American music album about America. If you listen closely, there’s a rough chronology of how we got here, to present-day U.S.A. It is an album that doesn’t shy away from troubles, and there’s no denying that America is living in a very troubled time.

“Because it is the country I love, and because it’s country music that I love, I feel a responsibility to investigate their mirrored problematic natures. I believe it’s important to challenge our affections for things that are flawed. It isn’t always direct and easy to spot, but there are flashes of clarity. It’s all mixed up and mixed in, the way my personal feelings about America are often woven with all of our deep collective myths. Simply put, people come and problems emerge. Worlds collide. It’s beautiful. And cruel. The specifics of an American identity begin to blur for me as the record moves toward the light and opens itself up to more cosmic solutions — coping with fear, without belonging to any nation or group other than humanity itself.”

“Country music is simply designed to aim squarely at the low-hanging fruit of the truth. If someone can sing it, and it’s given a voice … well, then it becomes very hard not to see. We’re looking at it. It’s a cruel country, and it’s also beautiful. Love it or leave it. Or if you can’t love it, maybe you’ve already left.”

Cruel Country is comprised almost entirely of live takes, with just a handful of overdubs, and with everyone — Tweedy, bassist John Stirratt, drummer Glenn Kotche, keyboardist Mikael Jorgensen, multi-instrumentalist Pat Sansone and guitarist Nels Cline — was in the room, playing together at band HQ The Loft in Chicago. “It’s a style of recording that forces a band to surrender control and learn to trust each other, along with each others’ imperfections, musical and otherwise,” says Tweedy. “But when it’s working the way it’s supposed to, it feels like gathering around some wild collective instrument, one that requires six sets of hands to play.”

On a more personal front, the single Tired Of Taking It Out On You is an earnest look of self-introspection, with Tweedy singing: “I’m tired of taking it out on you / Tired of needing to freeze my warmth away / Tear the tears out of your quiet face.” His vocals unwind over muted percussion, electric and acoustic guitar, and the honeyed twang of lap steel.

“I’ve realized over the years that a lot of the songs I’ve written have worked as reminders to myself to pay attention to various things,” says Tweedy. “Sometimes I think I’ve figured out how the world works in some small way, and I worry I’ll forget it if I don’t sing it back to myself occasionally. This song, I believe, is going to come in handy for just that purpose. I’m a person who needs to stay alert to how I’m treating others when I’m not feeling my best.

“And now that I mention it, when I look around, it seems like a lot of us have been taking things out on each other when we would be better served striving for understanding and empathy. I’m just trying to be honest with myself, and I guess I’m hoping if this song can help me focus on that, maybe someone else could find it useful in the same way.”