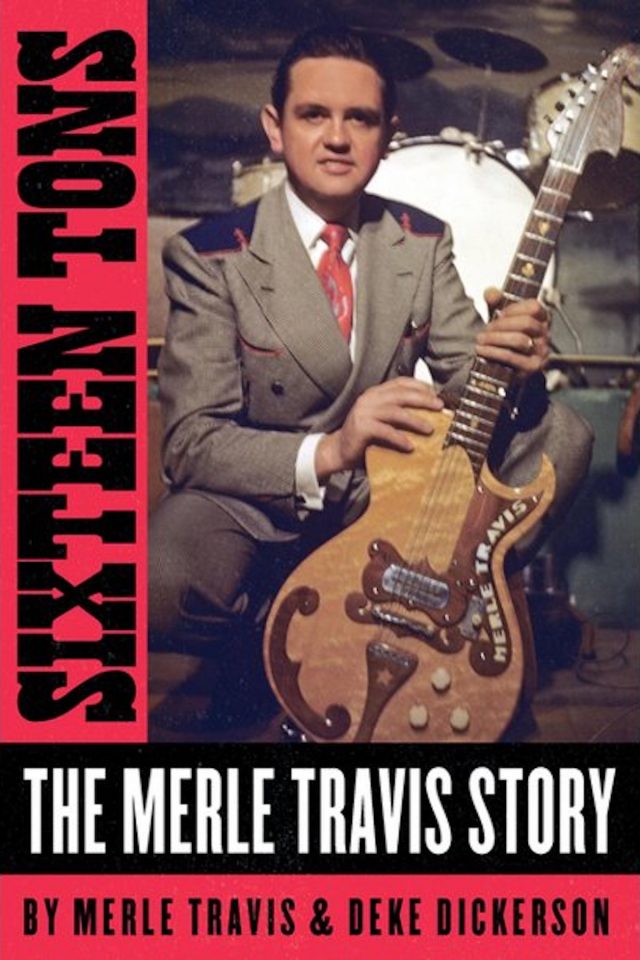 Three classic rockers, two guitar legends, one pop superstar and a band of merry scumdogs — these are the people in your literary neighbourhood next week. Read all about ’em: 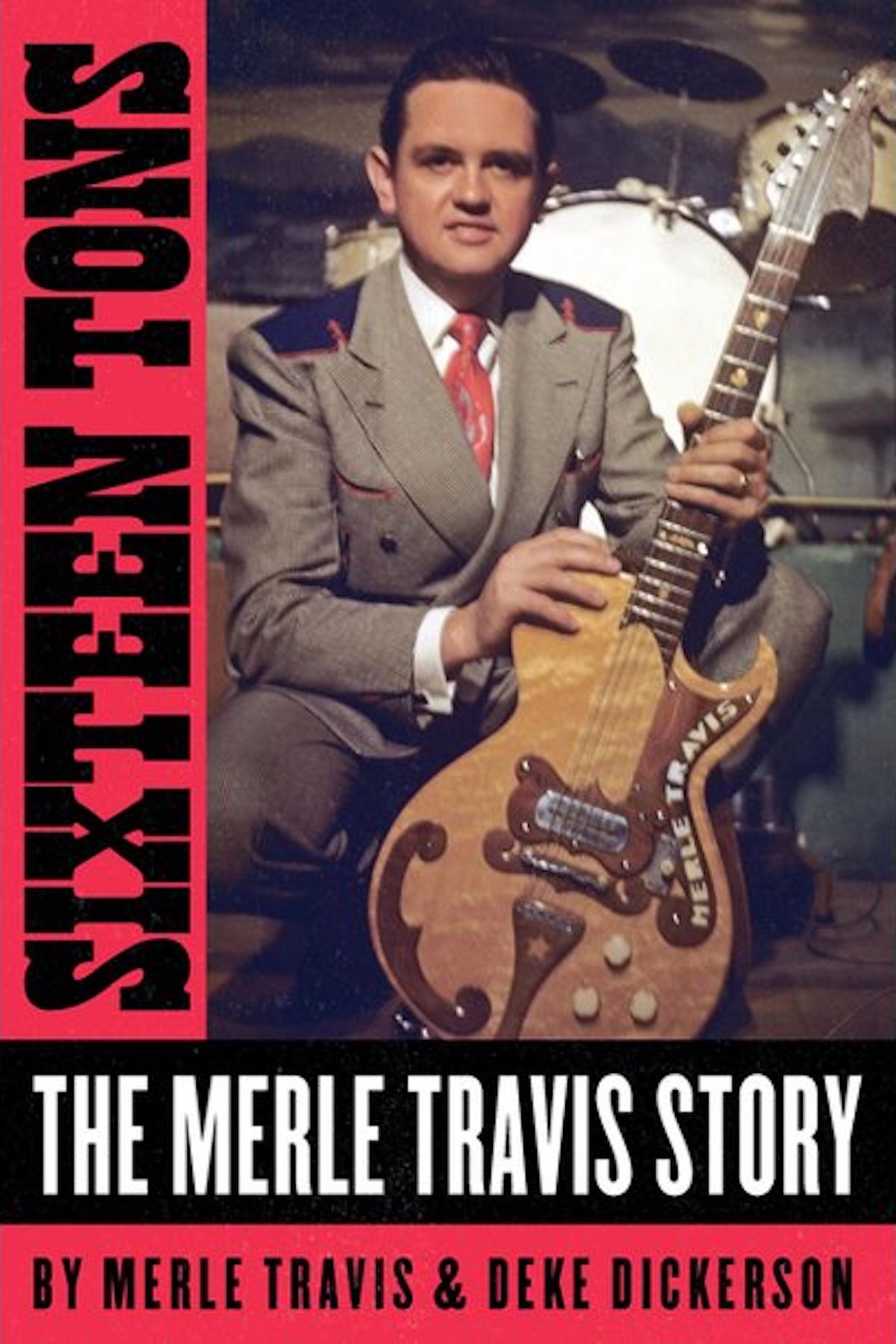 THE EDITED PRESS RELEASE: “Sixteen Tons is the story of Country Music Hall of Fame member Merle Travis, a brilliant, multi-talented, and deeply troubled artist who is widely considered a genius. A world-class guitarist who dazzled audiences with his Kentucky thumb-picking style, Merle was also a pioneering country songwriter who wrote such classics as Dark As A Dungeon and Sixteen Tons. Additionally, he was responsible for early electric guitar innovations in the 1940s, and was a gifted actor, writer, and cartoonist, among many other talents. This definitive portrait of Travis’s life and career is the result of a recently discovered treasure trove of Merle’s unpublished autobiographical writings, which have been fleshed out with an immersive deep-dive biography by researcher and musical historian Deke Dickerson. It details the highs of a career that began with a string of nine straight Top 5 singles in the 1940s, and the lows of a lifelong struggle with alcoholism that developed into an addiction to pills that nearly killed Merle when he was running with Johnny Cash in the late 1950s. Travis ultimately reemerged to become a Grammy-winning artist who inspired millions and became a music legend.” 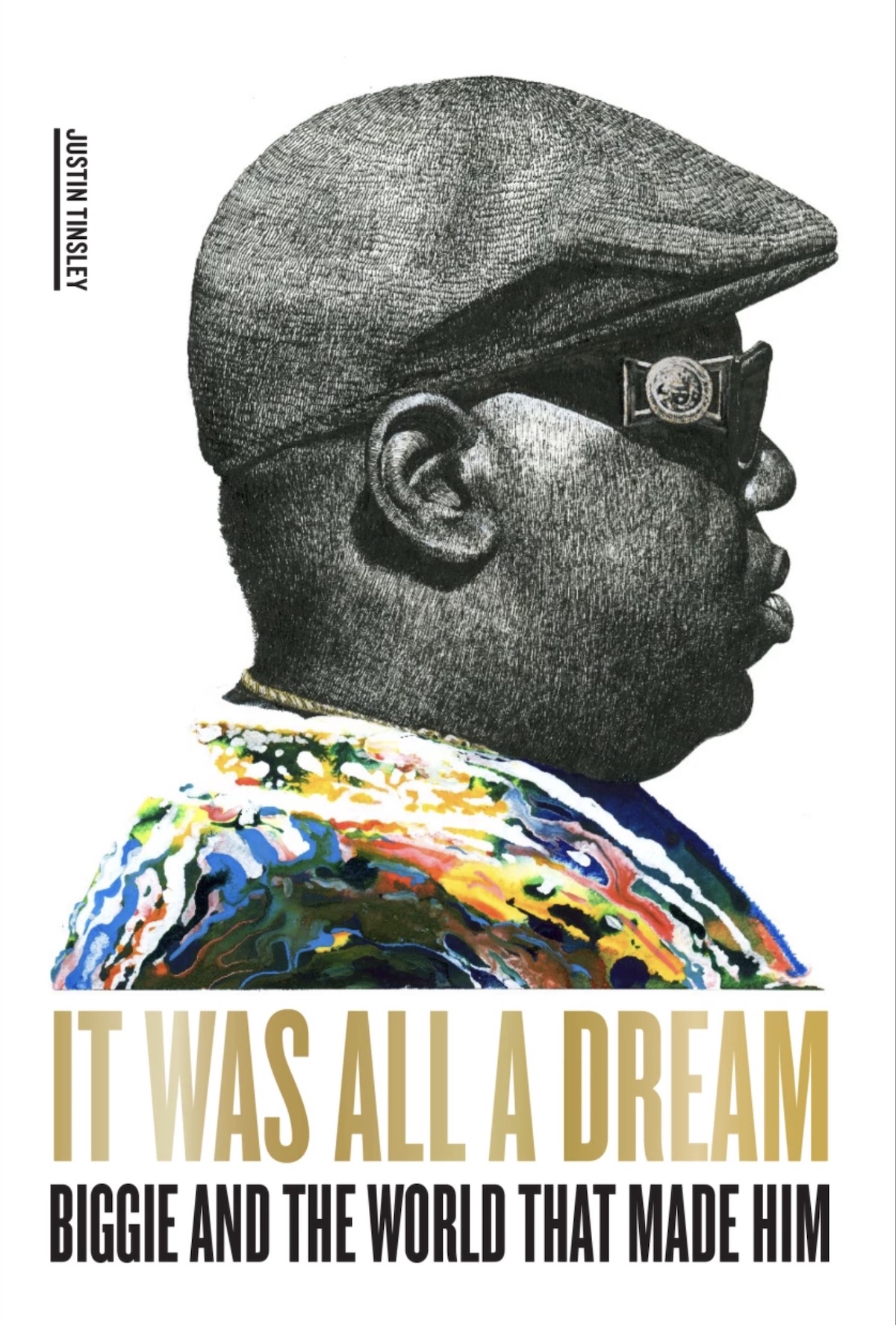 It Was All a Dream: Biggie and the World That Made Him
By Justin Tinsley

THE EDITED PRESS RELEASE: “The Notorious B.I.G. was one of the most charismatic and talented artists of the 1990s. Born Christopher Wallace and raised in Clinton Hill/Bed Stuy, Brooklyn, Biggie lived an almost archetypal rap life: Young trouble, drug dealing, guns, prison, a giant hit record, the wealth and international superstardom that came with it, then an early violent death. Biggie released his first record, Ready to Die, in 1994, when he was only 22. Less than three years later, he was killed just days before the planned release of his second record Life After Death. Journalist Justin Tinsley’s It Was All A Dream is a fresh, insightful telling of the life beyond the legend. It is based on extensive interviews with those who knew and loved Biggie, including neighbors, friends, DJs, party promoters, and journalists. And it places his life in context, both within the history of rap but also the wider cultural and political forces that shaped him, including Caribbean immigration, the Reagan era disinvestment in public education, street life, the war on drugs, mass incarceration, and the booming, creative, and influential 1990s music industry. This is the story of where Biggie came from, the forces that shaped him, and the legacy he has left behind.” 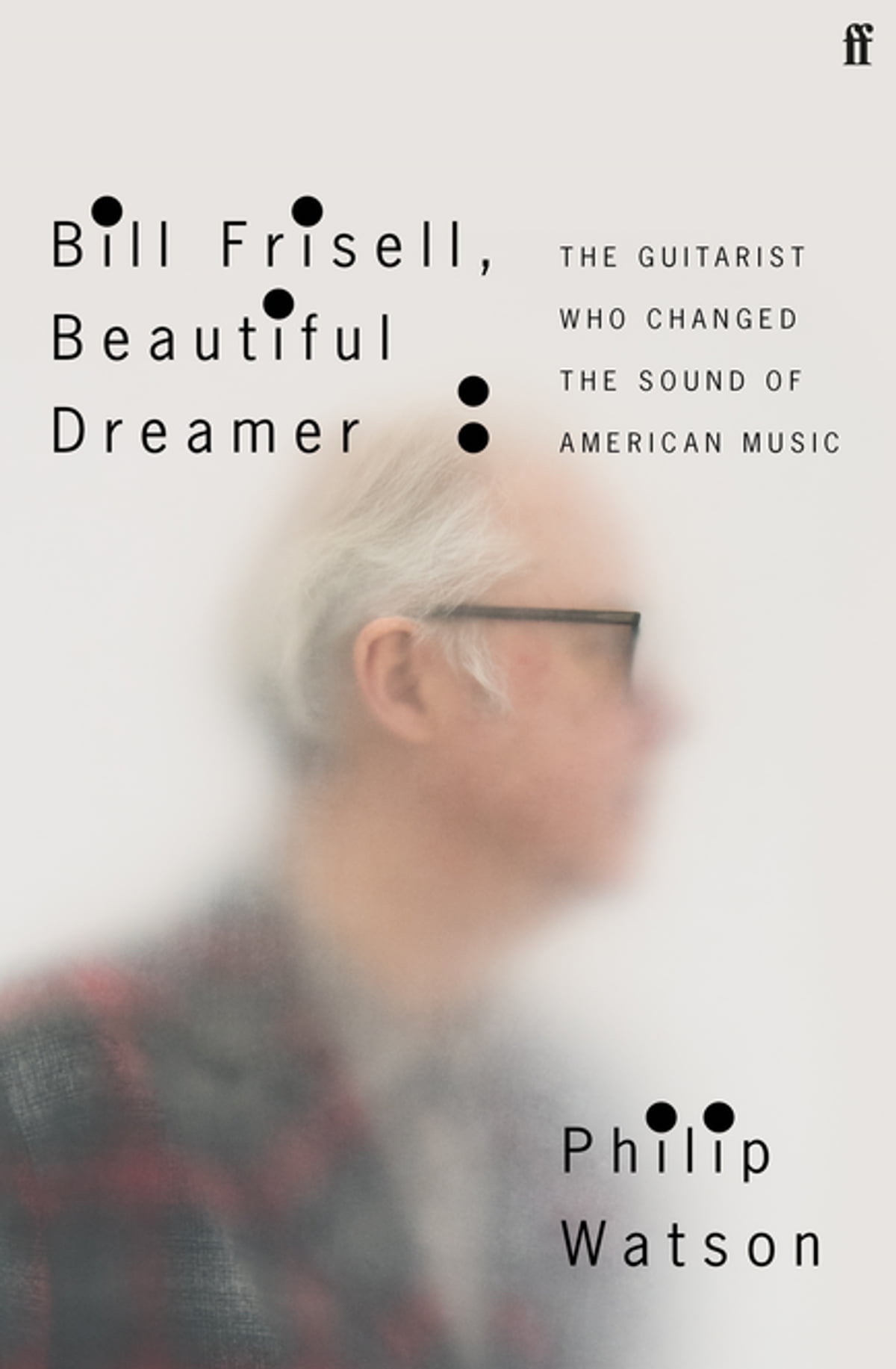 Bill Frisell, Beautiful Dreamer: The Guitarist Who Changed the Sound of American Music
By Philip Watson

THE EDITED PRESS RELEASE: “Over a period of 45 years, Bill Frisell has established himself as one of the most innovative and influential musicians at work today. Growing up playing clarinet in orchestras and marching bands, Frisell has progressed through a remarkable range of musical personas — from devotee of jazz master Jim Hall to ‘house guitarist’ of estimable German label ECM, from edgy New York downtown experimentalist to plaintive country and bluegrass picker. He has been a pioneering bandleader and collaborator, a prolific composer and arranger and a celebrated Grammy Award winner. A quietly revolutionary guitar hero who has synthesised many disparate musical elements into one compellingly singular sound, Frisell connects to a diverse range of artists and admirers, including Paul Simon, Elvis Costello, Lucinda Williams, Gus Van Sant, Marianne Faithfull and Justin Vernon, many of whom feature in this book. Through unprecedented access to the guitarist and interviews with his close family, friends and associates, Philip Watson tells Frisell’s story for the first time.” 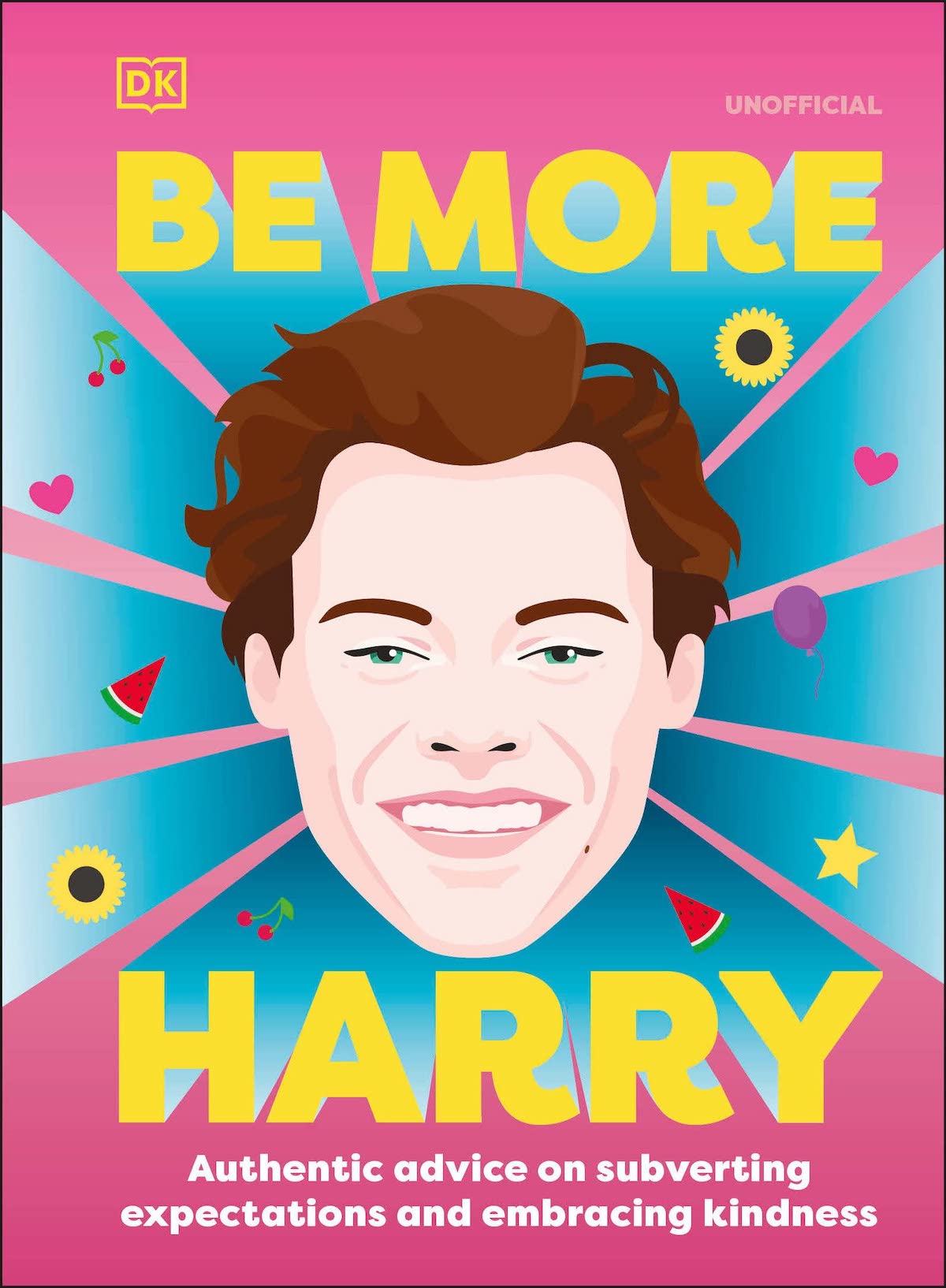 Be More Harry Styles
By DK

THE EDITED PRESS RELEASE: “Famously charming, fabulously dressed, and unapologetically himself — there are so many reasons to want to be more Harry Styles. This book will show you how to channel this once-in-a-generation pop icon. Following his stratospheric levels of fame as a member of One Direction, Harry has carved out his own unique path in the industry as a solo artist, actor, and fashion icon. Harry’s approach to life, career, music, relationships, and style is inspirational to anyone who wants to subvert expectations, be authentically themselves, and treat people with kindness. Be More Harry Styles is the perfect gift for Harry Styles fans.” 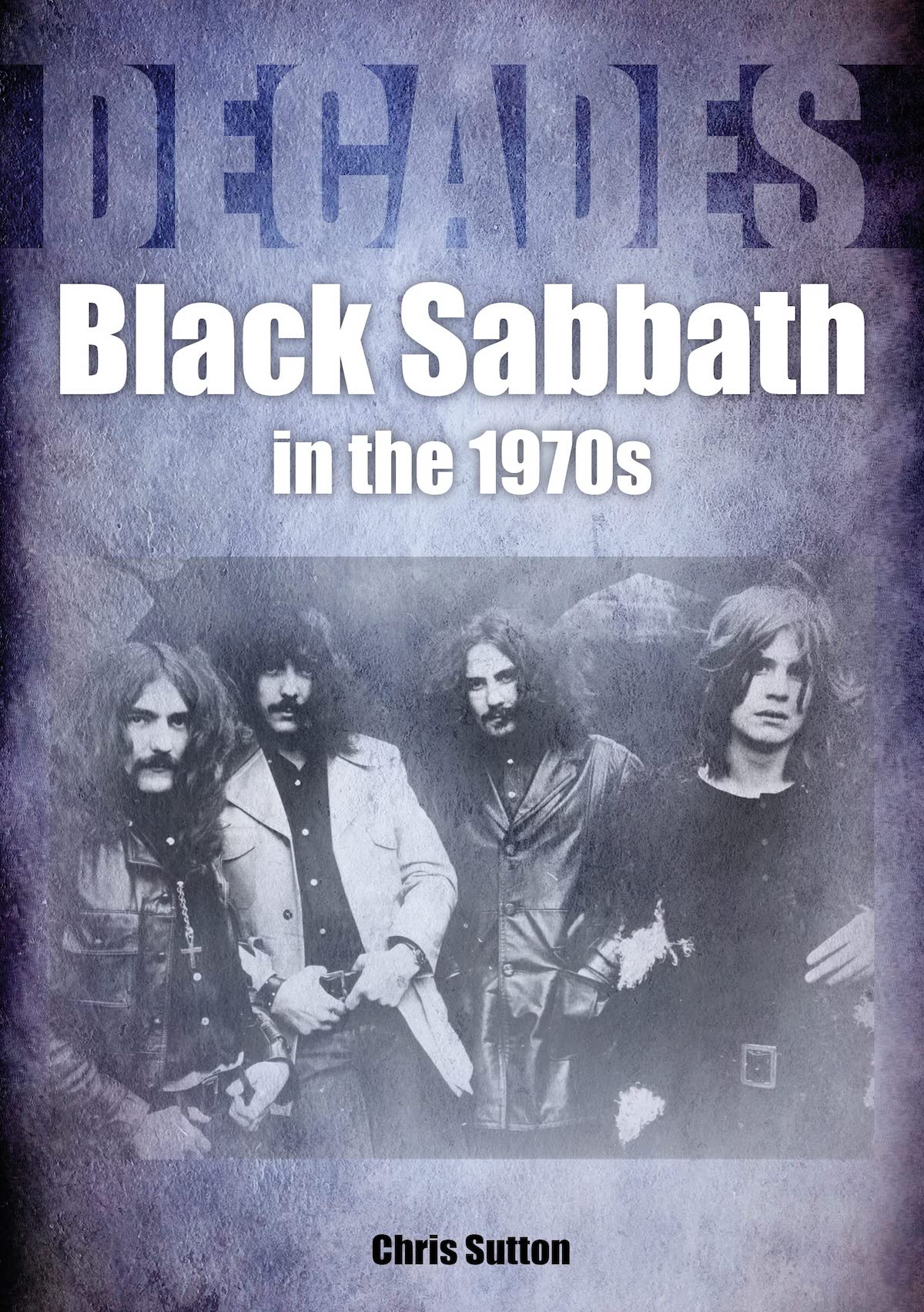 Black Sabbath in the ’70s: Decades
By Chris Sutton

THE EDITED PRESS RELEASE: “The 1970s saw the rise of rock and metal as a force in record and ticket sales. Right there at the birth of this was Black Sabbath, whose first album came from nowhere to smash into the top of the charts in Britain and around the world. The book covers the career of the original foursome — Geezer Butler, Tony Iommi, Ozzy Osbourne and Bill Ward — from Polka Tulk, through Earth and their original nine years as Black Sabbath, when the band recorded such iconic albums as Paranoid, Sabbath Bloody Sabbath and Masters of Reality. The book includes new interview material from key figures including Rick Wakeman and engineers Mike Butcher and Robin Black, among others. This is a comprehensive roundup of the band’s music in the decade. All of the albums and singles from The Rebel until Never Say Die are examined in detail, along with related archive releases. There is also a section covering Black Sabbath’s tours in the era, looking at key live recordings from every tour. Overall, this is the most comprehensive account of the fortunes in the band during this crucial decade yet written.” 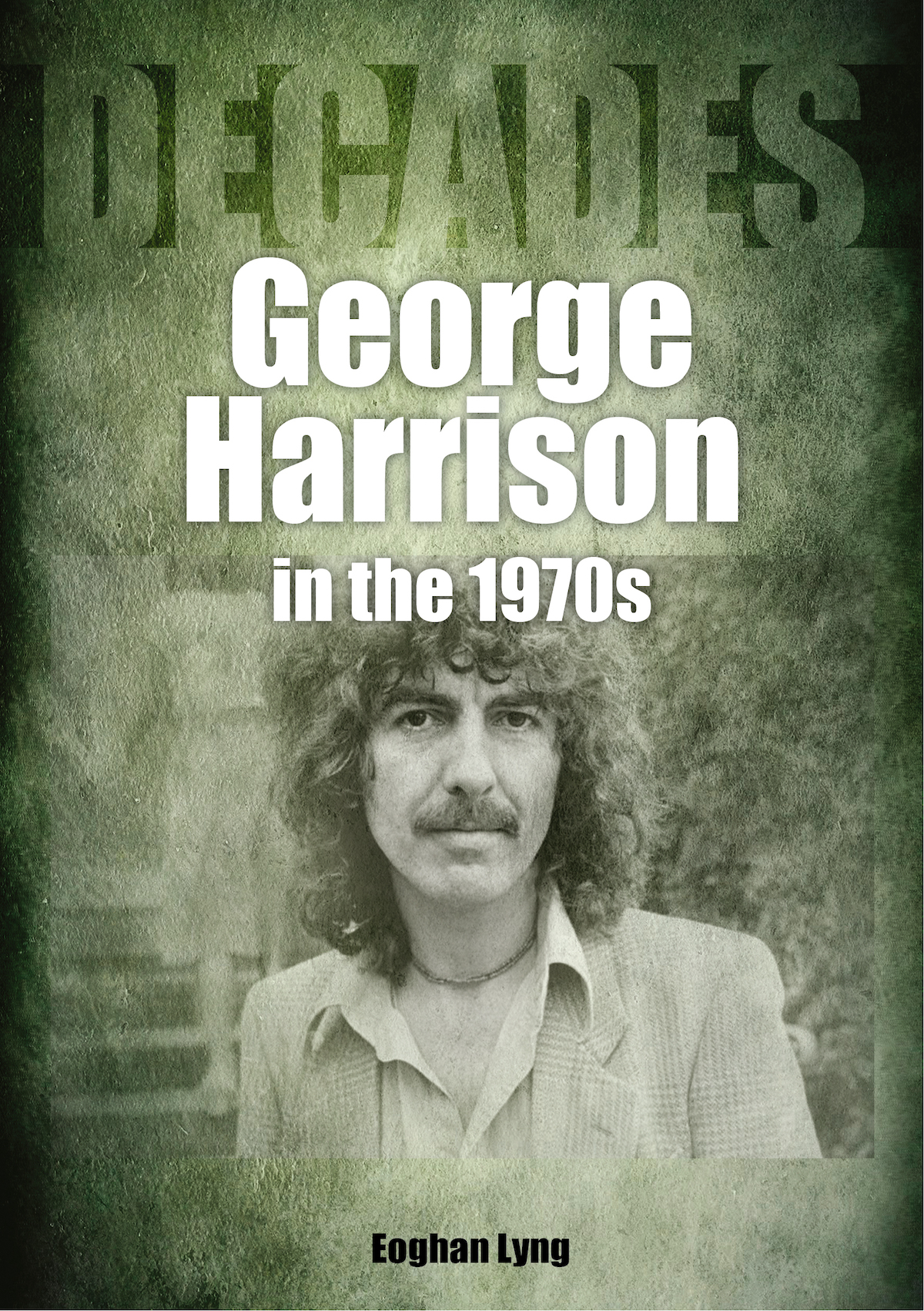 George Harrison in the ’70s: Decades
By Eoghan Lyng

THE EDITED PRESS RELEASE: “Depending on who you asked, George Harrison was many different things to different people. There was his songcraft, which won over the affections of producer savant Phil Spector; there was his musicianship, that captured the hearts of blues savants Eric Clapton and Delaney Bramlett; and then there was his penchant for comedy, which made him an obvious shoo-in for Rutland Weekend Television and Saturday Night Live. But behind these traits stood a fragile man, aching for enlightenment and peace in an industry that strove to rid him of any of it. Keenly aware of this conflict, Harrison was brave enough to commit it to tape on the wistful Dark Horse, a confessional album written against the backdrop of a regrettable American tour. But Harrison was always ready to brave the conflict, and it served him better to ride it out than to return to The Beatles for an easy paycheque. He was known as The Quiet Beatle, although this title did him a disservice, considering his intellectual focus and thoughtful nature. Instead, he was arguably‘The Chameleonic Beatle, a moniker that only serves to understand the deeply complex guitar player better. And in a deeply complicated decade, Harrison’s artistry flourished.” 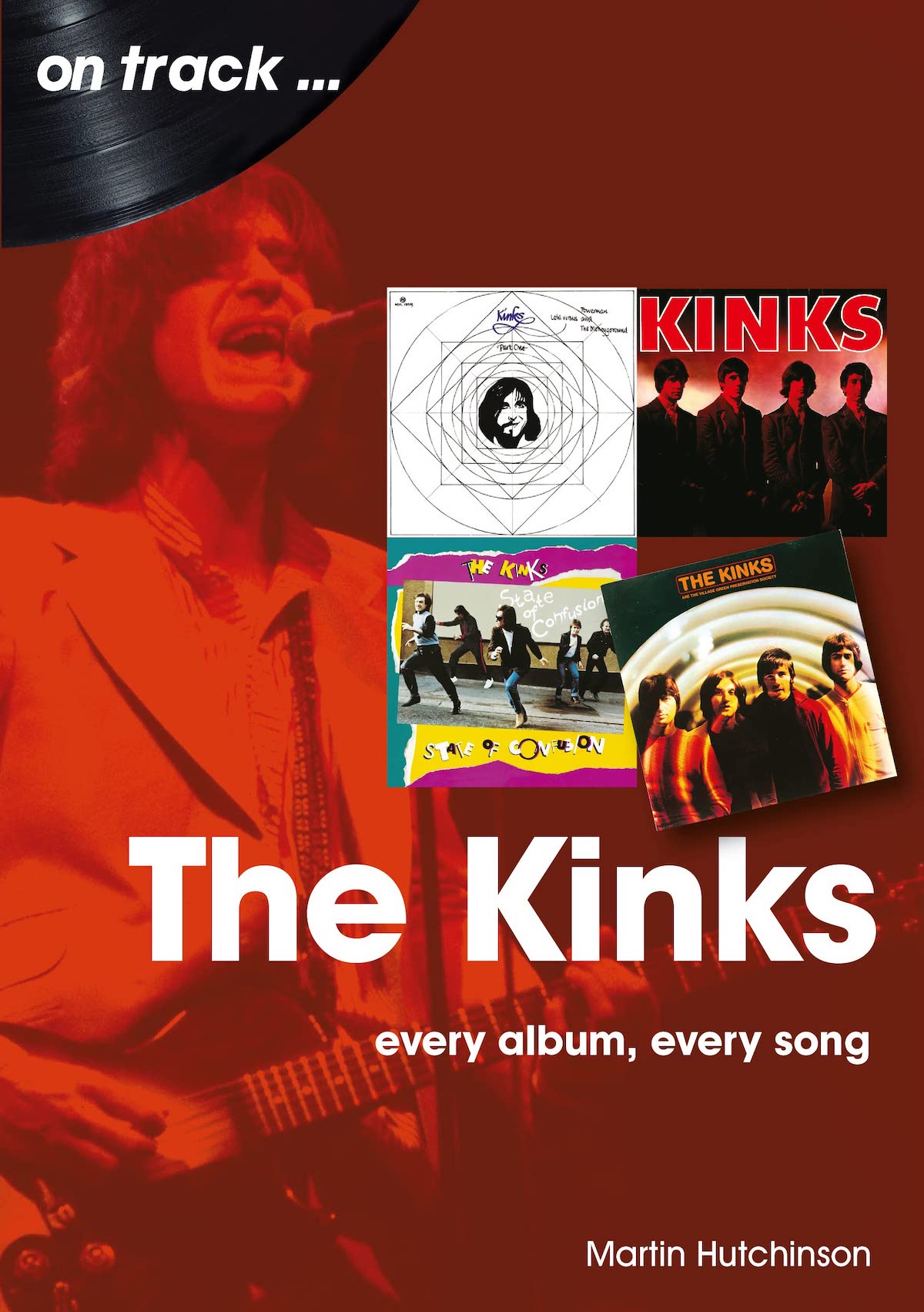 The Kinks: Every Album Every Song
By Martin Hutchinson

THE EDITED PRESS RELEASE: “Hailing from Muswell Hill in London, The Kinks were one of the top British bands of the ’60s, with over 20 hit singles including a trio of number ones (including the famous paean to their home city Waterloo Sunset). They had over a dozen top 10s, thanks to the clever and sometimes sardonic songwriting of Ray Davies, who dominated the band and deservedly went on to be knighted. When the ’70s came along, they recorded a number of critically acclaimed concept albums, and their live shows became more theatrical with the band shifting focus to become pioneers of arena rock in America. Following a resurgence of commercial popularity in the late ’70s and early ’80s, the band continued to record interesting and lyrically insightful albums. They last performed together in 1996. The combination of Ray’s songs and the musicianship of the band — including his brother Dave Davies, with whom Ray had a rather tempestuous relationship, has resulted in The Kinks being named as a major influence for many bands. This book examines all the tracks released by The Kinks, both singles and albums, and provides a valuable insight into one of music’s greatest groups.” 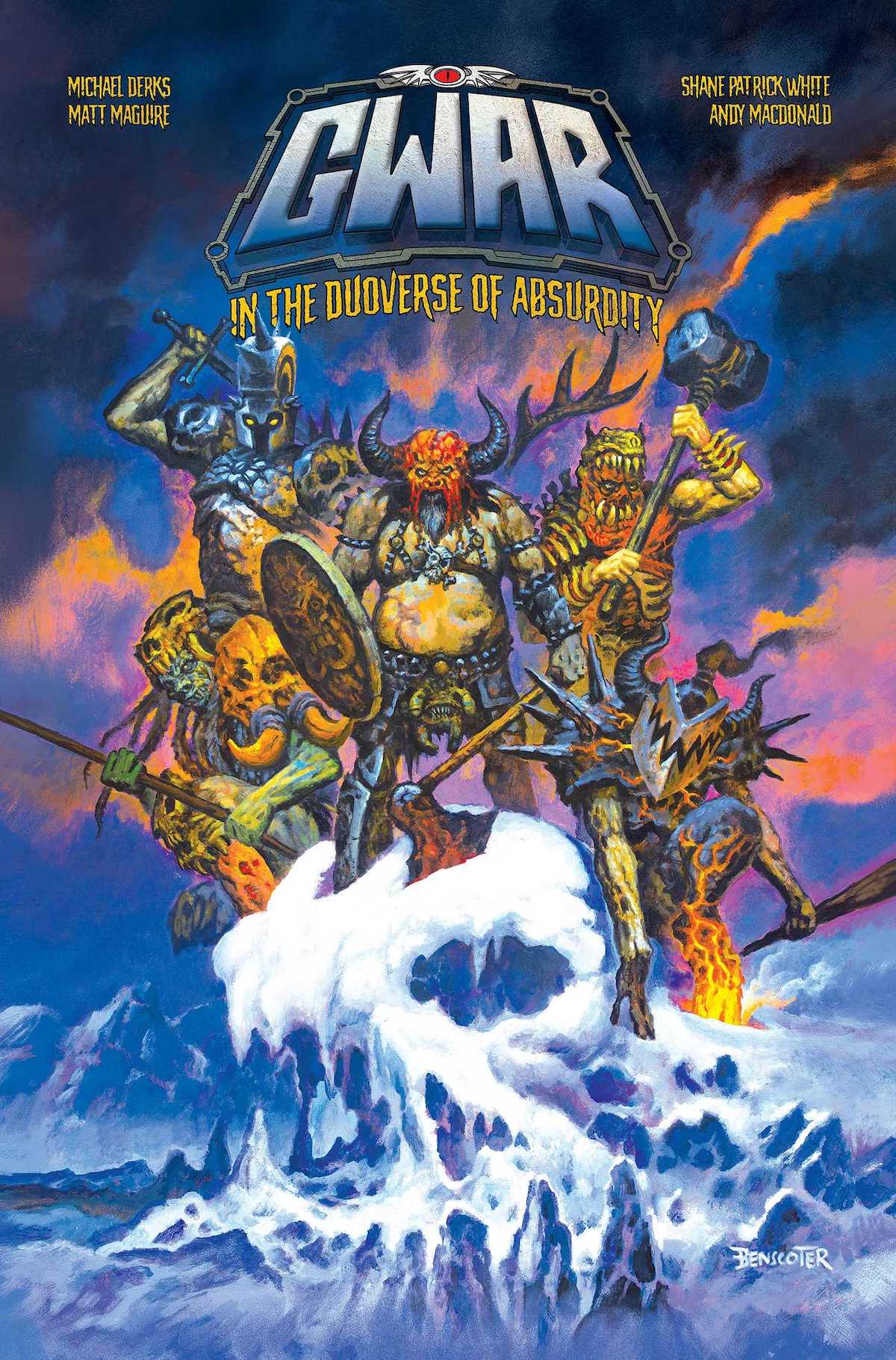 THE EDITED PRESS RELEASE: “What can be more horrifying and terror-inducing than GWAR? The moment they must face the vomitous incarnations of themselves from a filthy alternate dimension! They’ve penetrated our world by rupturing the membrane which protected our very existence from these walking horrors. Unleashed in our universe, these dark mirror incarnations are bent on dominating and subjugating all of humanity to the will of The Master. Now… it is GWAR‘s throbbing, messy duty to save us all before it’s too late!”