Home Read Albums Of The Week: Anvil | Impact Is Imminent 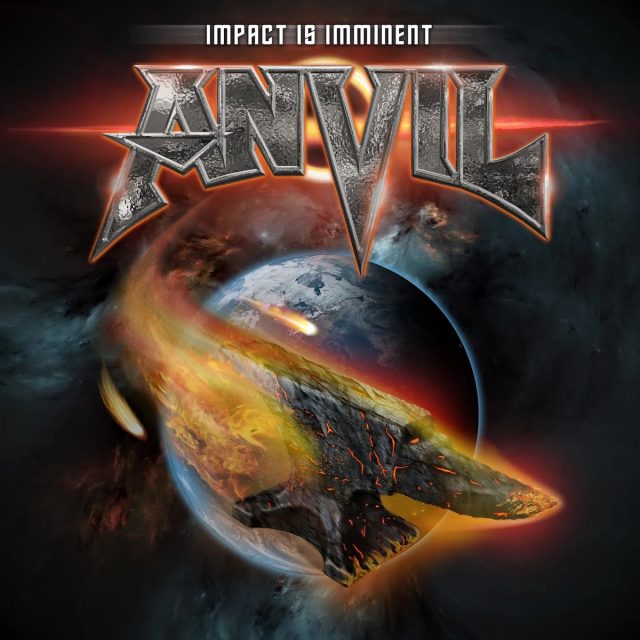 THE EDITED PRESS RELEASE: “There are more than a dozen good reasons for Anvil to be especially proud of their latest offering: “None of our previous albums blends music and lyrics into as tight a unit as Impact Is Imminent,” enthuses singer-guitarist Steve ‘Lips’ Kudlow about the 14 songs on the group’s new album — their 19th to date.

“Everything comes together homogeneously. As a result, the new material sounds monolithic, right down to the very last details, both in terms of rhythm and harmonies. In the past, our studio sessions were sometimes like a little like jumping in at the deep end, with us having to improvise a lot and making decisions at short notice. Working on Impact Is Imminent, not only was there plenty of time for the songwriting process in the run-up to the recordings, but I also had the leisure to put all my ideas to the acid test and work on them until they were perfect.”

Naturally, this ideal creative situation was partly due to the pandemic: Like most of their music industry colleagues, Anvil found themselves cut off from the rest of world for months on end. Concerts had to be cancelled at short notice, tours postponed indefinitely. So Kudlow was stuck in his home studio, with his guitar and vocal mic as usual, but he had all the time in the world to work on Impact Is Imminent at his leisure — although this in itself cannot explain how this fast-paced, vibrant and imaginative album came about. There must have been other reasons, which Kudlow, for one, doesn`t even seem to be aware of: “Obviously, every word on Impact Is Imminent is in the right place, the lyrics suit the music perfectly. It must have been one of those magic moments.” 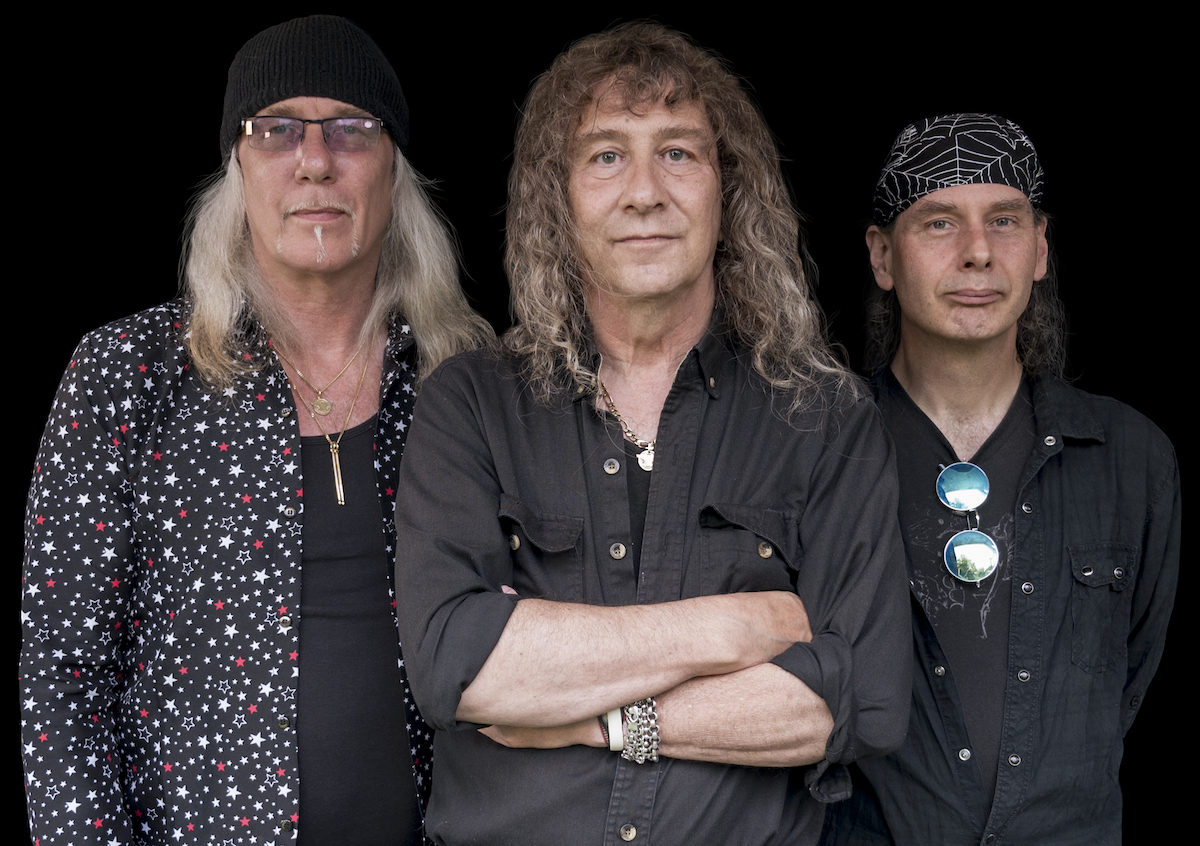 Impact Is Imminent finds Anvil, as usual, firing off merciless riff attacks, relentlessly driving drums and impressive bass grooves, complemented by vocal melodies and lyrics that inevitably drill themselves into the listener’s aural tract. As always, Kudlow and drummer Robb Reiner, who founded Anvil more than 40 years ago, are at the epicentre of this metal extravaganza. For the past eight years, these two have been supported by bassist Chris Robertson, who not only fits into the Anvil fold on a personal level, but also enhances the tracks with his powerful low-frequency bass parts and backing vocals, which have brought polyphonic vocals back to Anvil’s music.

The songs on Impact Is Imminent feature plenty of highlights and special features: Ghost Shadow is a typically awesome Anvil number in full pedal-to-the-metal mode, featuring extraordinary harmonies and a strange, dark ghost train atmosphere. Bad Side Of Town, Fire Rain and Lockdown sound just as haunting, the band adding to their outstanding strengths a breath of fresh air, an aggressive attitude and persistent drive. Wizar’s Wand and its magical flair have special significance, as Kudlow explains: “Originally the number was called Give Me The Goods and went ‘Give me good music, give me the goods.’ But somehow I wasn’t happy with that. I closed my eyes, concentrated on the music and listened to my subconscious. Suddenly the line “The wizard’s wand with just a wave, the wizard’s wand all of us to save” came to my mind. Out of nowhere, the whole message was there: What would I actually do if I was a wizard? I’d change the world for the better! Once I’d found the theme, Wizard’s Wand was finished in 10 minutes flat.”

On the other hand, Kudlow doesn`t want to give too much away about the instrumentals Teabag and Gomez. As the Anvil frontman says: “In this constellation, these numbers are an absolute novelty. At least I haven’t heard anything like them.”

Like its three predecessors  — Anvil Is Anvil (2016), Pounding The Pavement (2018) and Legal At Last (2019), Impact Is Imminent was produced by Martin ‘Mattes’ Pfeiffer and Jörg Uken at Uken’s Soundlodge studios. The successful combination has struck again.” 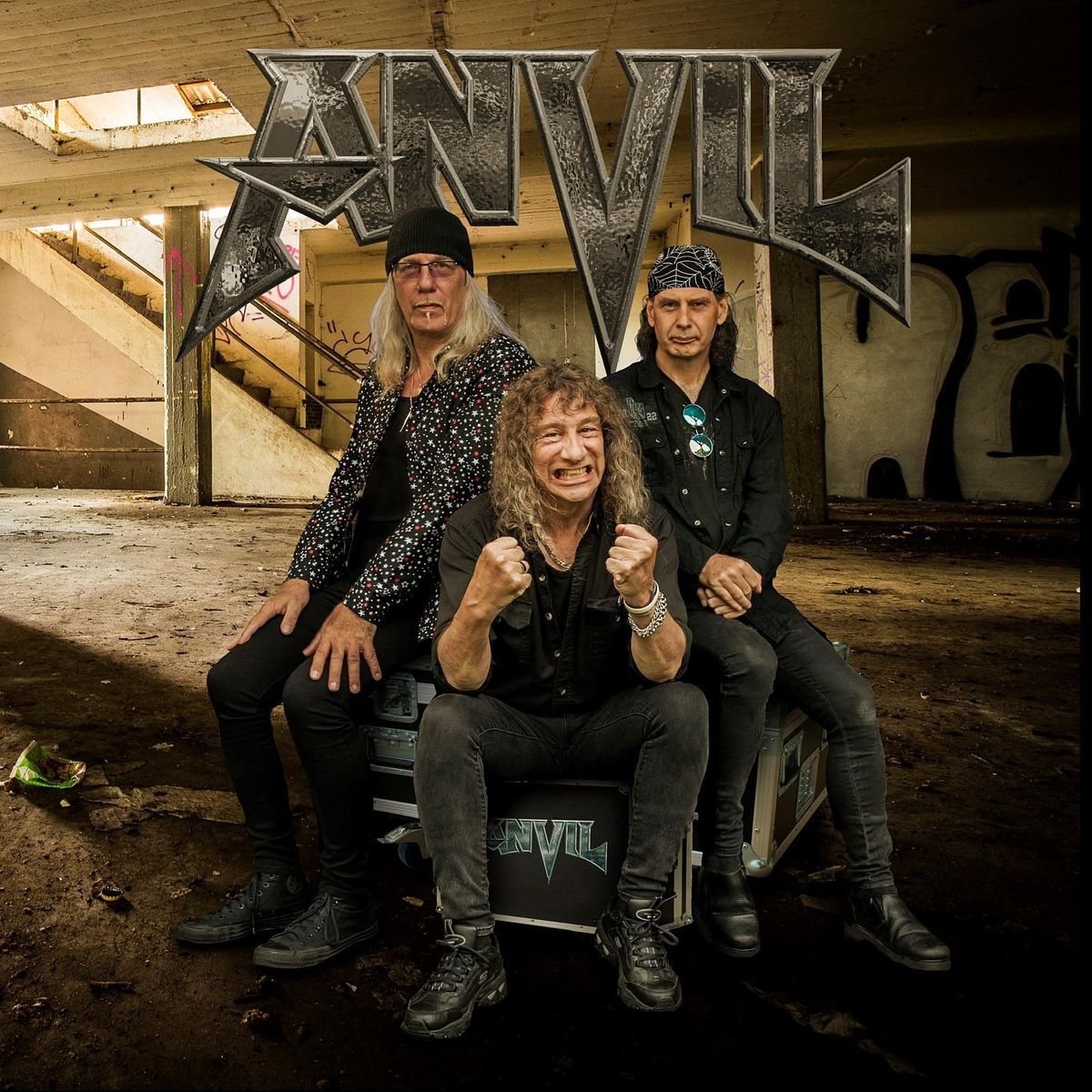