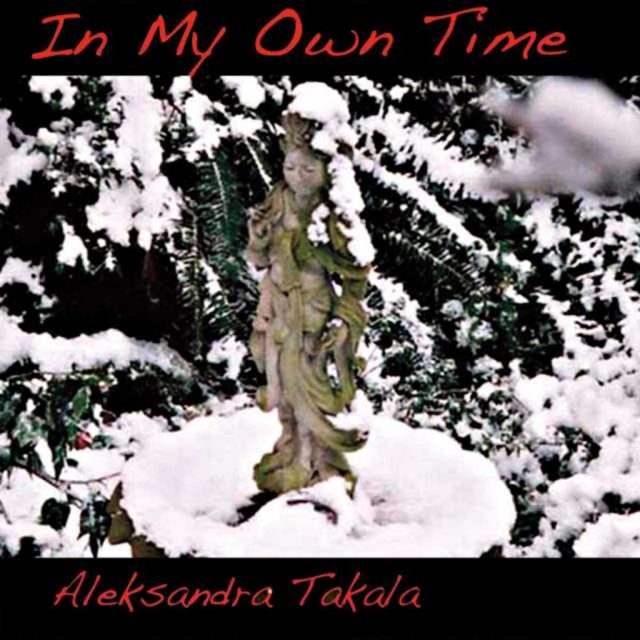 Aleksandra Takala embraces a multitude of wide-ranging influences on expansive neo-classical album In My Own Time — showcasing today on Tinnitist.

The collection as a whole leans into the New Age and Ambient genres while maintaining the mystique and majesty of progressive rock and instrumental soundtrack music. The Northern California native taught herself how to use synthesizers, electronic keyboards, samplers, computer music programs and other software in order to realize her experimental musical visions. Aleksandra draws influence from artists as varied as Gentle Giant, Sam Cooke, John Williams, Leonard Bernstein, Mozart and Edvard Grieg.

“This collection of all-instrumental New Age and neo-classical styles contains 12 new compositions,” she says. “Instruments include acoustic and electric guitar, woodwinds and brass, castanets, Italian grand piano, acoustic and electric bass, string orchestration, percussion Instruments, choral voices, church bell and harp. The songs are shorter in length than the pieces on my first album Visions & Emotions. This doesn’t mean incomplete in any way. I want the listener to become involved with the interpretation, so that the music reflect parts of themselves.”

Takala’s background includes years of singing in choirs and as a duo with guitar accompaniment. She also has a college degree in classical music theory, performance and composition and has followed this with private tutoring in studies of electronic keyboards, music computer programs, and the current technological aspects of recording, including mixing and mastering.

“I have been involved with music all my life in one way or another,” she says. “I was born learning the lyrics sung by my four sisters’ favourite artists. I’ve always been an avid listener. It is exciting to take personal art created over the years, and send it out to the world. The music comes from my soul and reflects a lifetime of experiences. I feel certain that listeners will tap into the content of the music even without lyrics.

“I began playing piano at 25 years of age, when my Aunt Mable (the same one who took me to see Hair), gave me her player piano that didn’t even have a full 88 keys. I began lessons with a little old lady in Sierra Madre for $6 a week. She was a great teacher of classical music. At the end of a year with her, I composed my first song, (which I am now turning into a musical) … Now I sit at my Korg Triton Workstation and the next thing I know five hours have passed in the blink of an eye. This IS my passion.”

Listen to In My Own Time above and below and spend some time with Aleksandra Takala at her website.