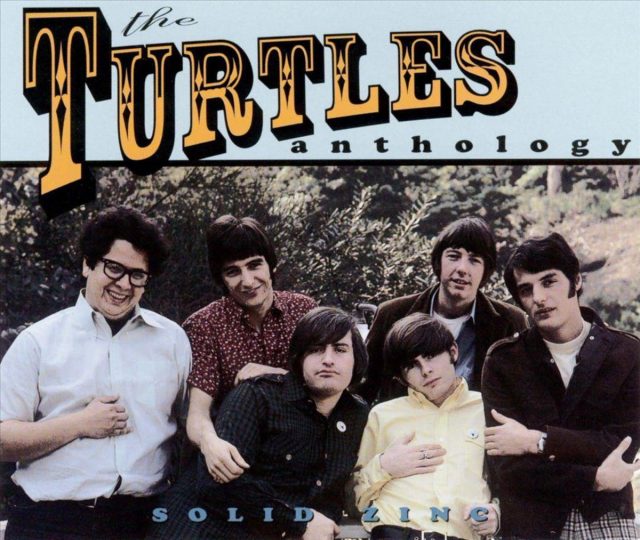 The Turtles, led by duelling lead vocalists Mark (Flo) Volman and Howard (Eddie) Kaylen, were one of the most eclectic, talented — and amazingly unlucky — bands of the ’60s. This two-CD, 51-track set collects all their hits, misses and shoulda-beens, accompanied by reminiscenes from key personnel.

Songs You Know: Two for sure — Happy Together and Elinore — though you might also know their covers of It Ain’t Me Babe and Eve of Destruction. Rap fans might also recall You Showed Me as the tune that De La Soul sampled without permission, sparking a precedent-setting lawsuit.

Songs You Oughta Know: Groovy go-go tracks like She’d Rather Be With Me and Guide For The Married Man show the boys coming out of their pop shell, while the anti-Vietnam cut We Ain’t Gonna Party No More shows their serious side.

Odd Moments: The Turtles had a knack for weirdly inappropriate covers — they did a jangly, hippie-dippy version of It Was A Very Good Year, and often closed their shows with an upbeat take on Vera Lynn’s wartime ballad We’ll Meet Again.

Final Verdict: Tracing their path from folk-rockers to psychedelic experimenters to pop hit-makers to disillusioned burnouts — a process that took about three years — Solid Zinc finally gives The Turtles their due.