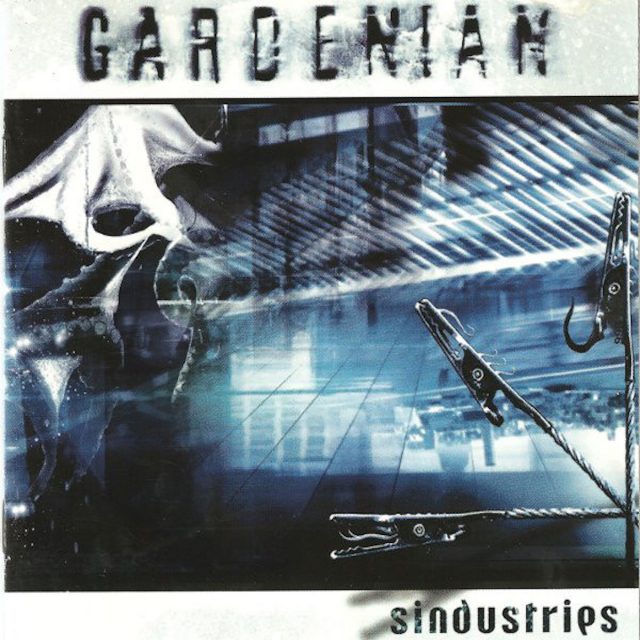 This album came out back in 2001. Here’s what I said about it back then (with some minor editing):

Frankly, for a Swedish death-metal band, the name Gardenian seems kinda wimpy. Sounds like they should be a flower-arranging club or something, y’know? But don’t be fooled; there’s nothing pretty or flowery about their third album Sindustries.

For the most part, these songs will remind you of Metallica’s recent efforts — tracks like the eight-minute epic opener Selfproclaimed Messiah trudge along to the same sort of darkly oppressive, vaguely gothy midtempo groove Lars & co. have been stuck in lately. Of course, even James Hetfield’s gorgon bellow pales next to the baritone brimstone breath of Jim Kjell. And Metallica have never written a song as, er, uniquely titled as Sonic Death Monkey, whose chorus proclaims “I am you and you are me / My sonic death monkey.” One can only assume it loses something in the translation. Much like their name, presumably.